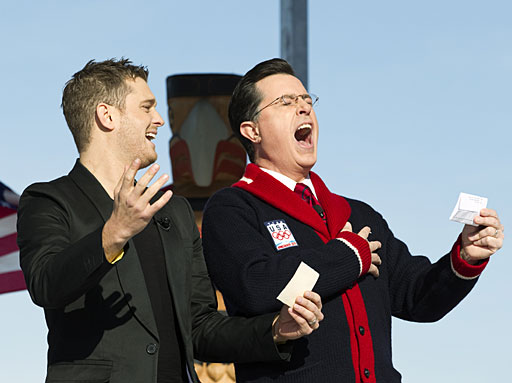 (CBS) - Michael Buble continues to have a happy holiday with his chart-topping album.

His album, "Christmas,'' held its reign at the top of the Billboard 200 album chart on Wednesday for the fifth consecutive week.

It successfully fended off challenges by both British pop star Adele, whose "21" had been topping the charts earlier this year, and Atlanta rapper Young Jeezy with his just-released "TM: 103 Hustlerz Ambition."

Buble's "Christmas" sold 467,000 copies in the run-up to the holiday weekend according to Nielsen SoundScan figures, edging out Adele's "21," which stayed put at No. 2. Young Jeezy took the third slot.