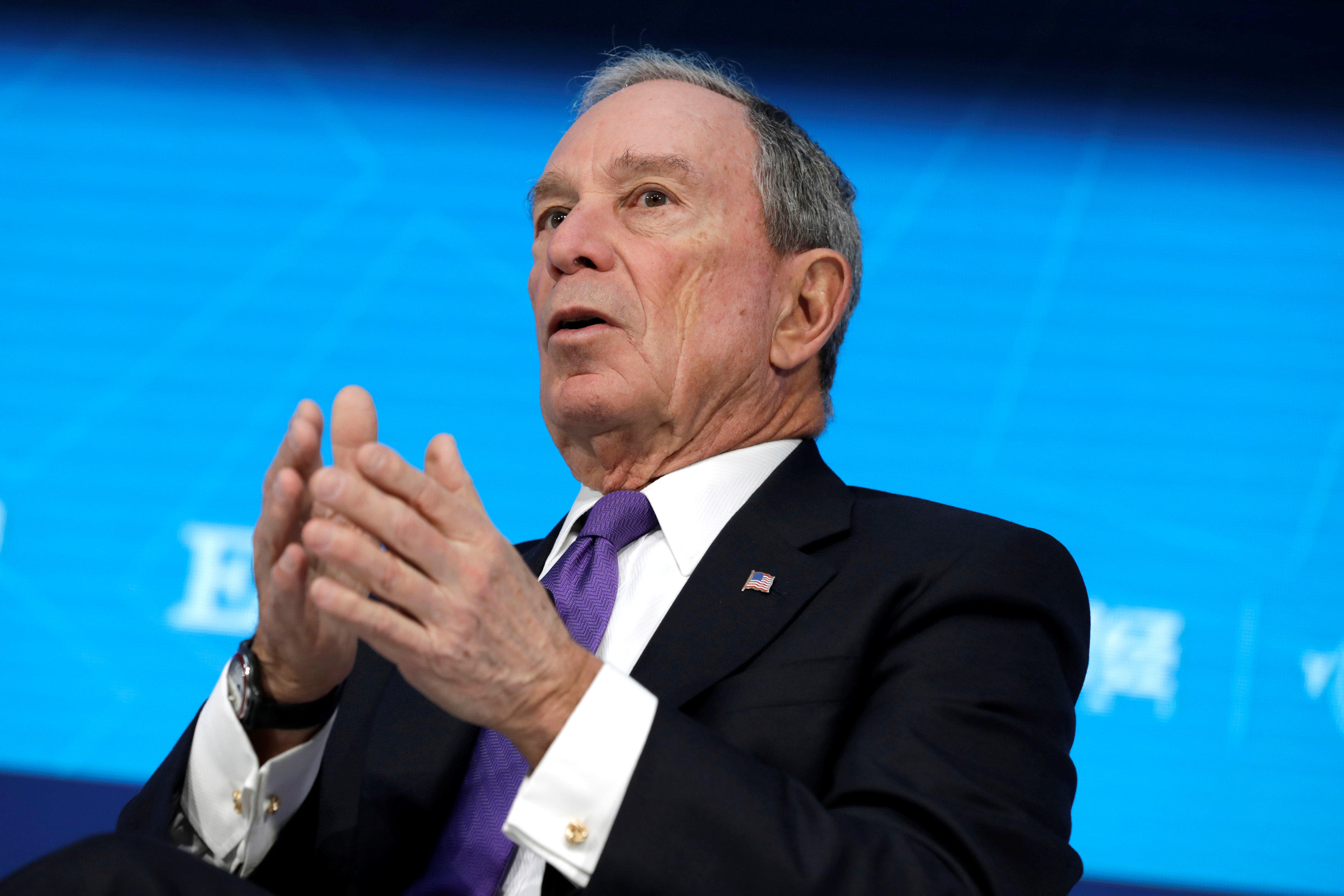 A quick stop by former New York City Mayor Michael Bloomberg to the state that holds the first primary in the race for the White House is sparking more speculation about a possible presidential bid.

Bloomberg headlined a rally Saturday for six candidates running for New Hampshire's state House of Representatives. The event was organized by Moms Demand Action, an arm of Bloomberg's Everytown for Gun Safety organization set up after the 2012 Sandy Hook Elementary School shootings.

Asked by The Associated Press if he has any timetable for deciding on a presidential bid, he said "right now I'm focused on November 6, plain and simple."

But he added that after the midterms "we'll see what happens down the road."

Bloomberg re-registered to vote as a Democrat earlier this month. He served as mayor of New York City first as a Republican, then as an Independent. Earlier this year, he pledged to spend at least $80 million to help Democratic House candidates.

Bloomberg floated the idea of a presidential run in 2016, but ended up endorsing Hillary Clinton.

Speaking in front of dozens of Moms Demand Action activists Saturday, Bloomberg told the crowd "together, Moms Demand and Everytown have landed some big punches against the NRA. We haven't knocked them out yet, not by a longshot, but we've got them on the ropes. And while we're getting stronger and stronger every day, they're getting weaker."

He also thanked gun safety activists in New Hampshire for helping to defeat earlier this year in the Statehouse "two bad bills that would have forced colleges to allow guns on campus and punish cities and towns for enacting strong guns laws. You did that. You did stop them."

Prior to the event at Nashua City Hall, Bloomberg met with the city's longtime major, Jim Donchess, who's a member of Bloomberg's Mayors Against Illegal Guns group. He also met with Manchester Mayor Joyce Craig, a supporter of tighter gun restrictions, and the six state legislative candidates who were endorsed by Moms Demand Action.