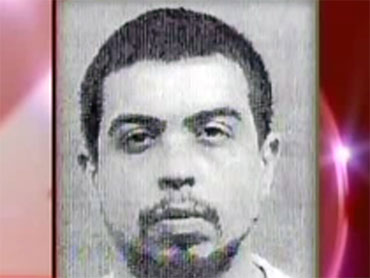 (CBS/WIVB)
BUFFALO, N.Y. (CBS/AP) To his neighbors, Michael Abdallah was a family man who wouldn't hurt a fly. But police say, to his 13-year-old captive, he was a monster.

The 26-year-old Buffalo man remains locked up Monday on charges of holding a teenage girl in his house for six months, having sex with her more than 100 times, and making her baby-sit his 1-year-old son.

Abdallah pleaded not guilty in Buffalo City Court to second-degree rape, unlawful imprisonment and custodial interference Saturday, a day after being arrested at his home, about 30 miles south of Niagara Falls.

Police spokesman Michael DeGeorge was unable to say Monday where the 13-year-old girl is now, or how her ordeal ended. She was held from last July to December. Authorities offered no explanation for the time lag preceding Abdallah'sarrest.

A police report said Abdallah's apartment had no doorknobs and the exit door could only be opened by using a key to unlock two deadbolts. Police also found marijuana inside the home, the report said.

The arrest shocked neighbors, who said they neither saw nor heard anything unusual at the house, especially during the summer months when they had windows open and spent time outside.

George Kimble, who lives four doors away, said his daughters socialized with Abdallah's next-door neighbors, spending time on the porch during nice weather.

"The whole neighborhood is in shock because nobody heard or suspected or knew anything," said Kimble, who was skeptical of the allegations.

"If somebody was in there, they could have screamed, yelled, hollered, thrown a chair through the window," Kimble said.

Court officials said Abdallah did not have a lawyer Saturday. He is due back in court on Thursday.