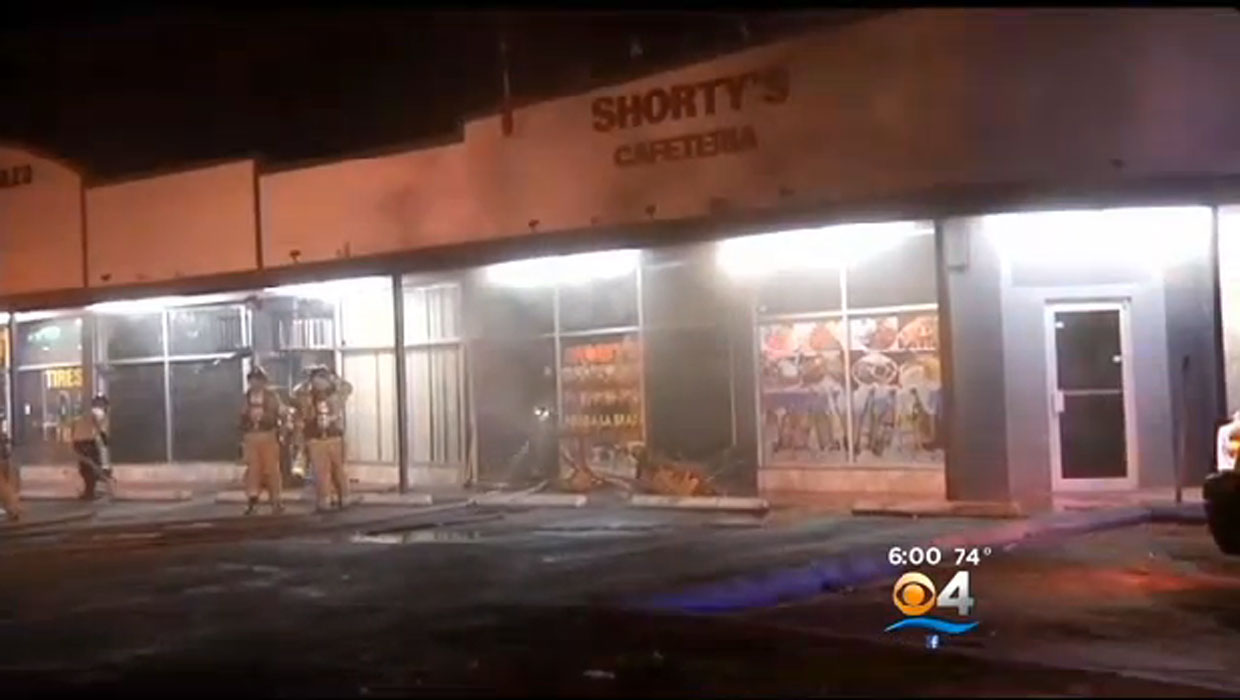 A family-owned Miami Gardens restaurant was destroyed in what's being called an intentionally set blaze early Wednesday morning, according to CBS Miami.

A Miami-Dade fire investigator said the arsonist threw two Molotov cocktails through the front window of Shorty's Cafeteria; someone put cloth into two Budweiser beer bottles, filled them with flammable liquid and set the place on fire.

"We found two separate fires (and) at the base of each fire was a beer bottle that was burned up which leads us to believe it was thrown inside as an incendiary device," Miami-Dade Fire Rescue Lt. Doug Keller told the station.

Police initially responded to the restaurant for a possible burglary call after the alarm went off at around 3:00 a.m. Wednesday. When they arrived, officers saw smoke pouring out of the Peruvian restaurant.

Firefighters had a hard time getting inside to extinguish the blaze because of metal security bars on the window, CBS Miami reported.

The owners say they don't have insurance. They suspect the arson may have been retaliation for a fight at the restaurant on Tuesday.

"There was an altercation where they suspected that there was some drugs being sold or something so they just went outside threw them out. They got upset. Words exchanged. A scuffle happened and everybody left," one of the owners old CBS Miami.

A few hours later Shorty's, which had only been open for five months, was gone.

The fire left nearly a dozen employees out of work for the holidays.

The restaurant owners said they don't know if they will be able to rebuild.

Anyone with information on the fire is urged to call Crime Stoppers (305) 471-TIPS.