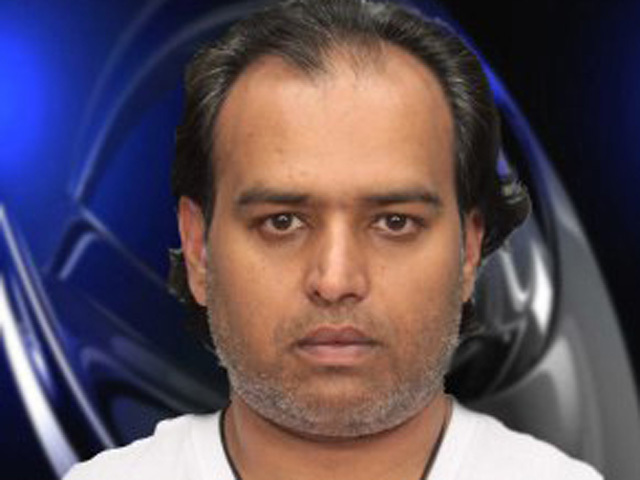 (CBS/AP) COLUMBUS, Ohio - A witness who testified against a man accused of operating a multimillion-dollar real-estate fraud told a federal judge Thursday that the man also ripped off Miami Heat basketball players.

The testimony came in federal court in Columbus, where U.S. District Judge Edmund A. Sargus denied bond to Haider Zafar.

The judge determined Zafar is a flight risk and a danger to the community.

"The longer the potential sentence, the greater the risk of flight," the judge said, according to The Columbus Dispatch.

Zafar, who used to live in Ohio but now lives in southern Florida, is awaiting trial on wire fraud and other charges. His 135-count indictment describes a scheme it says he used to swindle Washington, D.C., businessman Patwinder Sidhu out of $10 million between 2008 and 2010.

Zafar pleaded not guilty last month to all charges. His attorney, Samuel Shamansky, on Friday said they will continue to challenge the accusations.

A criminal complaint says Zafar, a Pakistan native and U.S. legal resident, used questionable documents to solicit the funds from Sidhu for real-estate ventures in Pakistan.

The complaint accuses Zafar of telling Sidhu that his uncle was Pakistan's defense minister and was responsible for buying property for that country's government. It says Zafar told Sidhu they could buy land in Pakistan and later sell it to the government for a profit.

The basketball players aren't mentioned in the criminal complaint.

The witness who testified during Thursday's hearing, international-investment attorney Andrew Fine, said some Heat players, including former forward Mike Miller, and other Florida residents invested $8 million with Zafar. The other players are forward Rashard Lewis and guard James Jones, a person with knowledge of the case told The Associated Press.

The person requested anonymity because it is an active investigation.

The Heat, in a statement Friday, said the team remains in "constant contact" with the authorities handling the investigation.

Prosecutors allege Zafar used his investor's money to fuel an opulent life. The indictment mentions purchases of several luxury cars, including a 2009 Rolls-Royce Phantom convertible, diamonds and watches, among other items.

According to CBS Miami, Zafar was also involved in a shooting outside the upscale Bal Harbour shops in Miami Beach in March 2011. Zafar's rap sheet also includes charges of organized fraud for allegedly defrauding the Fautainbleau Resort in Miami for $180,000.

The suspect was accused of staying at the trendy hotel, partying at the night club "Liv" and running up expensive tabs that were later paid with checks without funds.