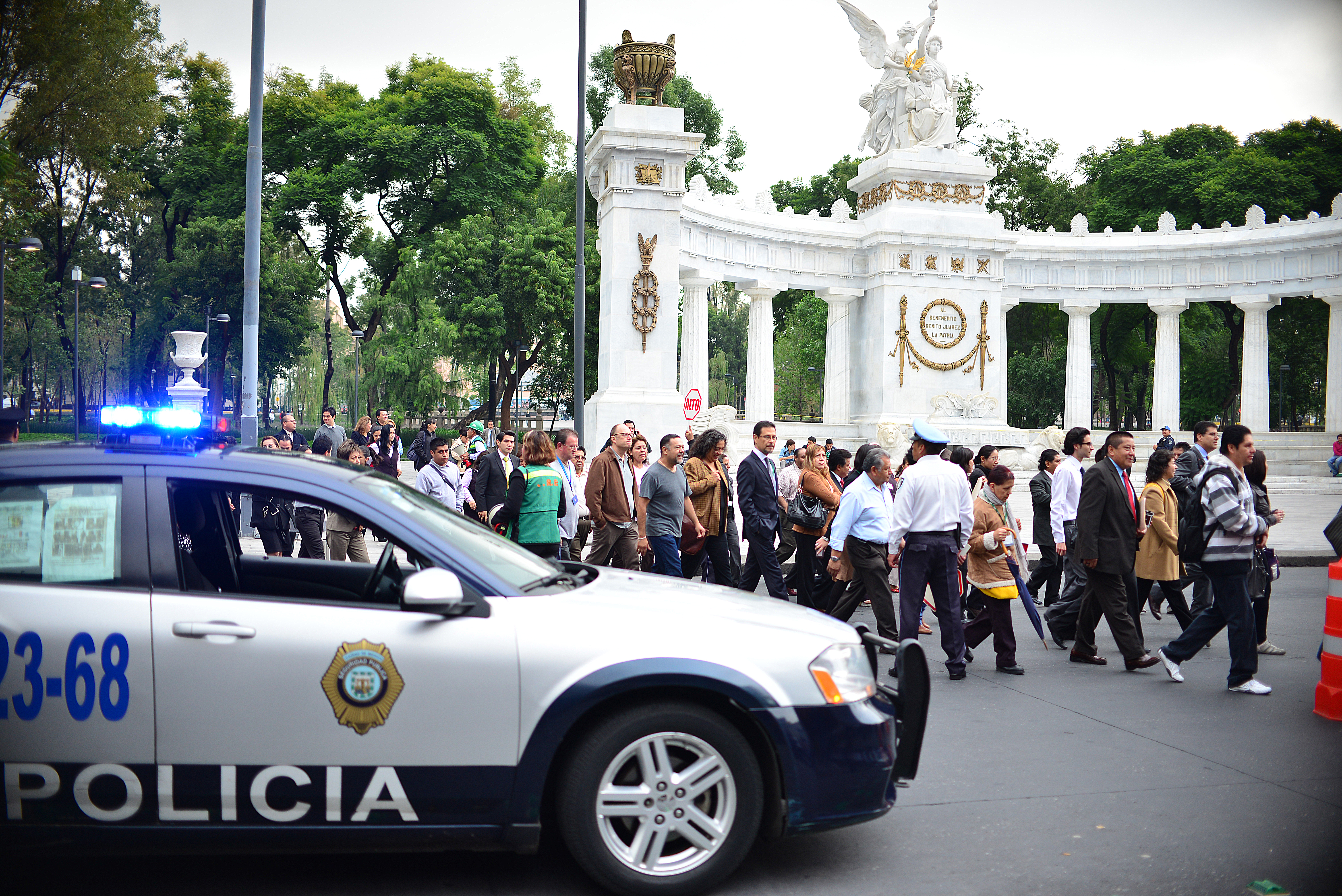 Cracks were found in the walls of a university in Acapulco and a cement entrance gate at a local military base collapsed, said Victor Torres Ruiz, the spokesman for the state government of Guerrero, where Acapulco is located.

A second, smaller quake followed 24 minutes later. The USGS calculated the magnitude of the aftershock at 5.3.

Traffic lights went out in the city, causing traffic jams, and fears of more possible aftershocks led some schools in Acapulco to send children home for the day.

Buildings swayed in Mexico City, 170 miles to the north, and some people evacuated office buildings as an earthquake alarm sounded. On the city's main boulevard, one man injured his leg as he rushed out of an office building.

Mexico City is vulnerable even to distant earthquakes because much of it sits atop the muddy sediments of drained lake beds that quiver as quake waves hit.

The magnitude-8.1 quake in 1985 that killed at least 6,000 people and destroyed many buildings in Mexico City was centered 250 miles away on the Pacific Coast.