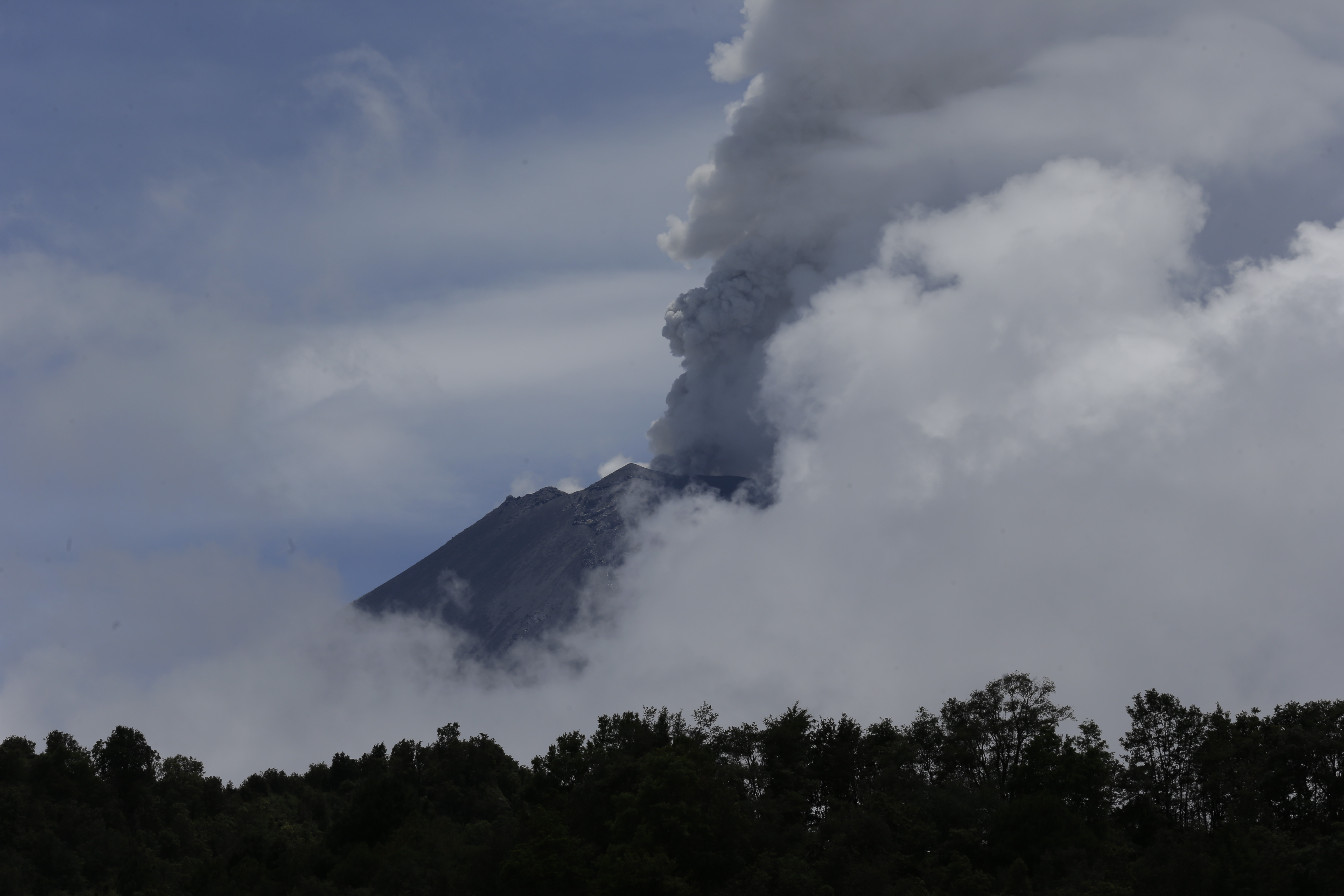 MEXICO CITY The Popocatepetl volcano just east of Mexico City has spit out a cloud of ash and vapor 2 miles (3 kilometers) high over several days of eruptions, and Mexico City residents awoke Saturday to find a fine layer of volcanic dust on their cars.

It has been years since the center of the nation's capital has seen a noticeable ash fall because prevailing winds usually blow the volcanic dust in other directions. Ash fell earlier this week in some neighborhoods on Mexico City's south and east sides.

The city's legion of car washers quickly wiped the fine coating from cars on Saturday with no apparent ill effects.

Claudia Dominguez, spokeswoman for the Mexico City civil defense office, said the very fine ash had probably been floating around the city from eruptions in previous days and had been brought to Earth by a rainfall late Friday. She said no new ash fall had been reported Saturday, despite continuous eruptions of vapor and ash into the air from the 15,000-foot (5,450 meter) volcano.

While city residents were surprised by the talcum-like ash, inhabitants of towns nearer the volcano have had to deal with much thicker accumulations that have coated their crops, homes and sidewalks.

In San Pedro Nexapa, located about nine miles (15 kms) from the volcano, residents swept up small piles of ash from a few square yards (meters) of sidewalk. Some residents wore surgical masks to ward off the dust raised by passing vehicles.

"The ash affects us a lot, because we get our water from the snow melt from Popocatepetl, and right now we can't use the water for bathing, for cooking, we can't even give it to our animals," said Agustina Perez Gutierrez, a housewife in San Pedro Nexapa. "The children get sore throats from the ash, and it affects the few vegetables and corn crops we are able to plant."

Mexico's National Center for Disaster Prevention raised the volcano alert from Stage 2 Yellow to Stage 3 Yellow, the final step before a Red alert, when possible evacuations could be ordered. A Stage 3 Yellow alert had been in effect during eruptions earlier this year until early June, when it was lowered.

Mexico's National Center for Disaster Prevention reported there had been three explosive eruptions at the peak late Friday and early Saturday — events that usually toss glowing-hot rock on the volcano's flanks. It said that Popocatepetl has also continuously spewed clouds of ash into the air, most of which was headed northwest, toward Mexico City.

U.S. airlines canceled at least one flight at Mexico City's airport on Friday as a precautionary measure, though airport authorities said the terminal was fully able to operate. Alaska Airlines had cancelled its route to Los Angeles, the airport press office said in its Twitter account.

On Friday, four airlines cancelled a total of 17 flights "due to climate conditions and in accordance with their own internal policies," the airport said in a statement.

The volcano is about 40 miles (65 kilometers) from the airport, which is in turn a few miles east of the city's center.

The Environment Ministry has urged residents to take preventive measures to deal with the ash, including wearing dust masks, covering water supplies and staying indoors as needed.

Mexico City authorities recommend that people sweep up any ash and put it plastic bags to keep it from mixing with water and forming a concrete-like substance that can block drains.