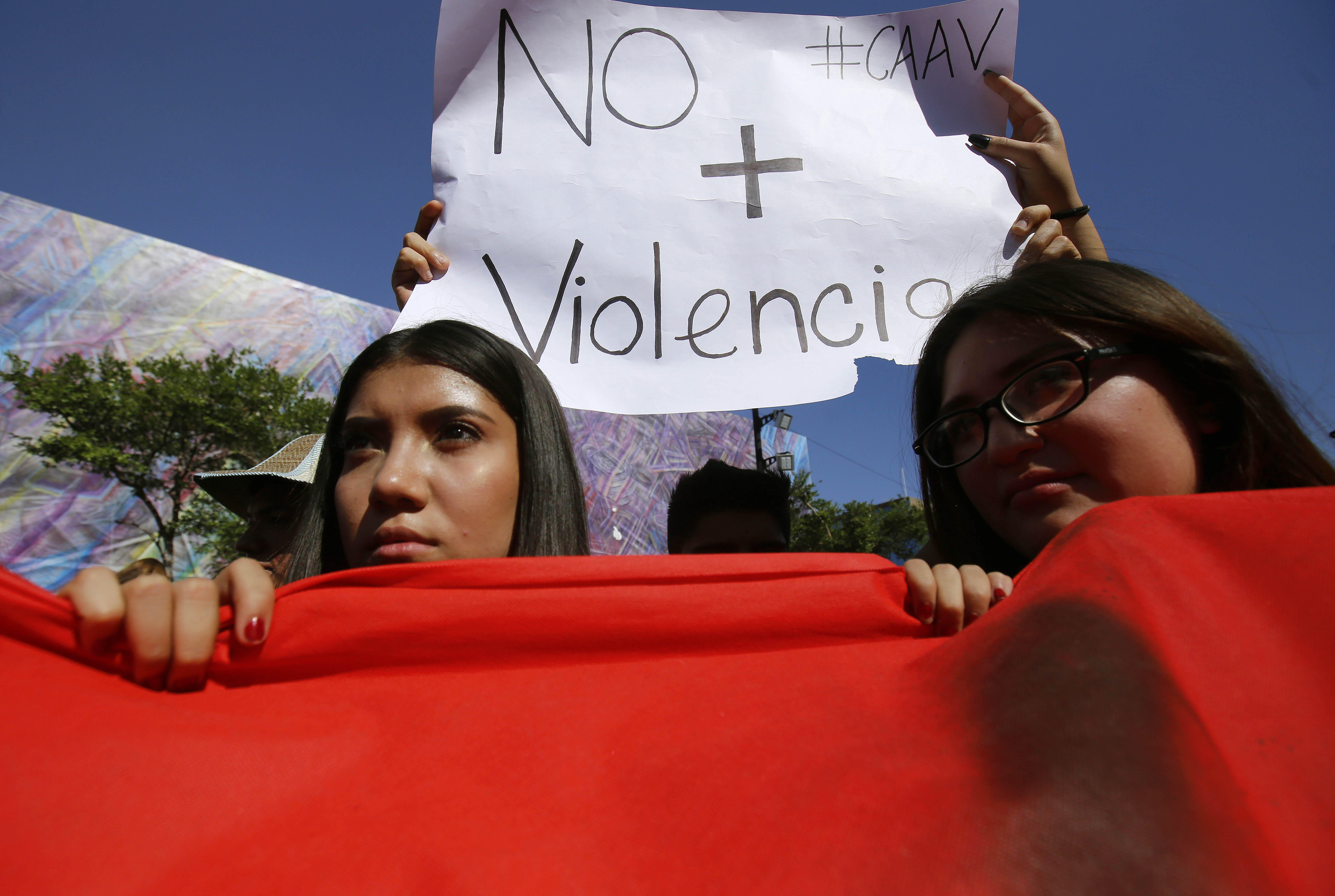 GUADALAJARA, Mexico -- Close to 12,000 people took to the streets of Guadalajara on Thursday, calling for peace and justice for three film students who were brutally murdered in a crime that has shocked Mexico. Over a month after their disappearance, authorities confirmed Monday that Salomon Aceves Gastelum, 25, Daniel Diaz, 20, and Marco Avalos, 20, were kidnapped, tortured and killed by drug cartel members. Afterwards, their bodies were dissolved in acid.

"The absurd war on drugs is taking our classmates and we will not allow it anymore," said Jesus Medina, a student leader from the University of Guadalajara.

Many of the demonstrators also rejected the official version of events surrounding the students' deaths.

"What they presented is based on indications -- there is not strong scientific evidence. There are many doubts," said Oscar Juarez.

Meanwhile, there was horror following the confession of a YouTube star and rapper -- Christian Omar Palma Gutierrez, also known as "QBA" -- that he dissolved the students' bodies in acid.

Gutierrez said he received 3,000 pesos ($159) a week to work for the Jalisco New Generation drug cartel, one of the most powerful in Mexico.

Police have said Gutierrez was also linked to three previous murders, and that he had previously disposed of bodies in the same way. He was to be charged with aggravated kidnap in connection with the students' deaths.

"People like that who no longer feel... they have forgotten what it is to be human. A total lack of values," student Jose Eduardo Gomez told AFP.

Along with the students, who came from five local universities, teachers and relatives also marched shouting slogans and singing songs calling for peace.

According to official figures, more than 200,000 people have been murdered and over 30,000 have disappeared since the government launched a controversial military offensive against organized crime in late 2006 -- although how many of those incidents were linked to gang activity is unknown.