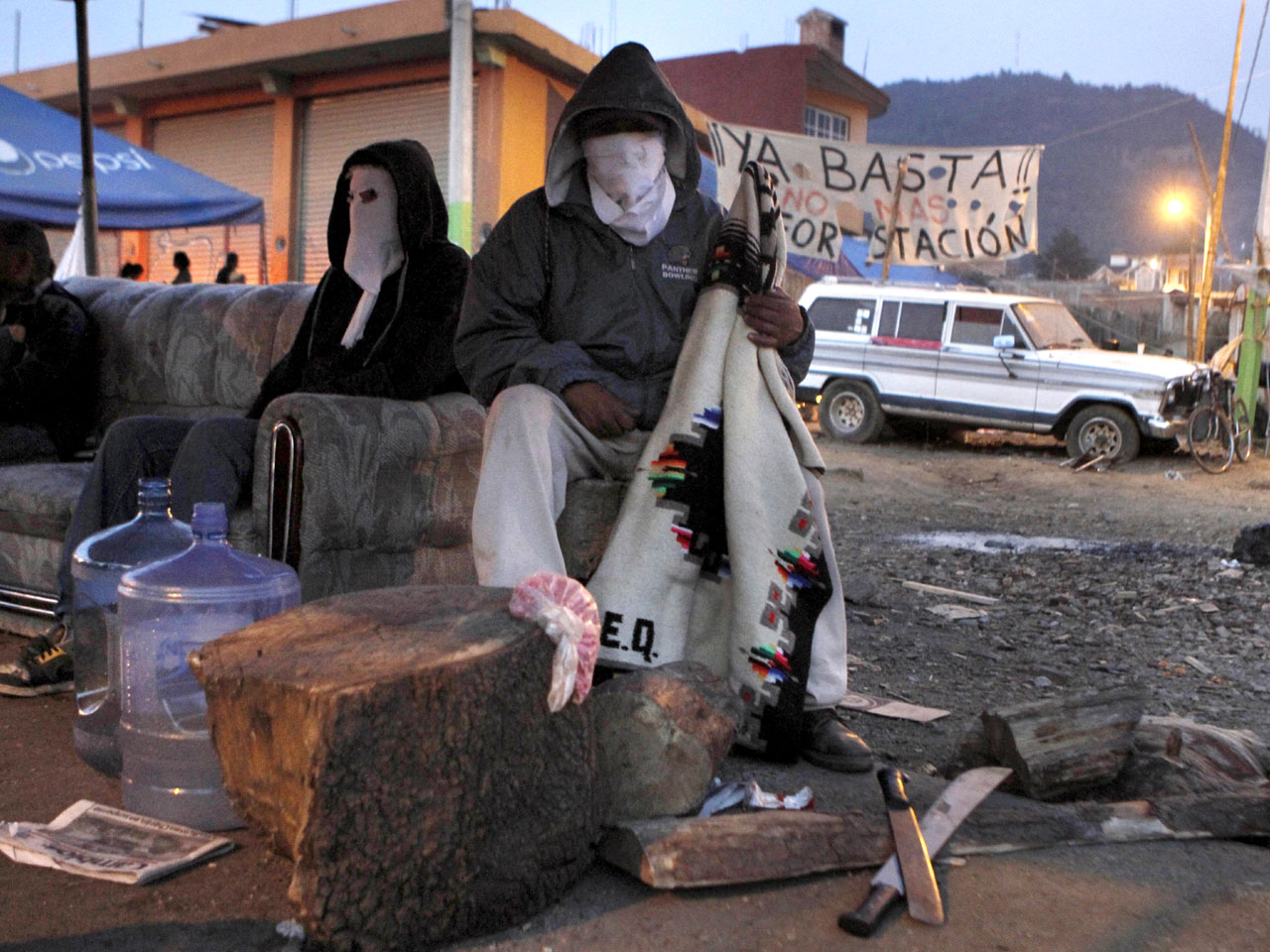 MEXICO CITY — Forget "get out of jail free" cards. Prosecutors said Monday they have detained 16 policemen who allegedly took bribes to protect members of a drug gang who carried specially marked cards to avoid detention.

Authorities said some of the officers from a town on the outskirts of Mexico City were paid to warn members of a gang known as "The Hand with Eyes" about impending raids by other police forces.

"In some cases, the suspect police acknowledged that the gang, in order not to be detained or taken to jail, would show a card that had an exclusive design and that identified them as members of the drug distribution network," said Alfredo Castillo, chief prosecutor for Mexico State, which borders Mexico City.

Other officers were allegedly paid to be on the lookout for the gang's rivals and even protect the gang's leaders.

Castillo said the corrupt police officers received payments of 1,500 to 5,000 pesos ($125 to $425) each time they helped, but they had a strange code of ethics: Some would accept only drugs and not cash in payment for their services.

The officers relied on the latest technology to build their network of corruption, according to Castillo, who said the scheme was detected through cell phone tracking and monitoring social networking sites on the Web.

Elsewhere, police in the resort city of Acapulco found a decapitated body and a head with mutilated ears inside a cab left next to a hotel in a tourist area Monday.

The earless head was on the passenger seat, and the body with its hands tied lay in the back seat. Police also reported finding a poster board with a threatening message for the governor of Guerrero state, Angel Aguirre.

In Durango state, a northern state where authorities have exhumed 219 bodies in mass graves since April 11, nine people were killed during three clashes between law enforcement and alleged criminals during the weekend and early Monday, officials said.

Mexican marines said they were confronted Saturday when passing by what proved to be a gang safe house in the state capital, also named Durango. Gunmen fired at the marines, who shot back then rushed into the house, killing three alleged criminals.