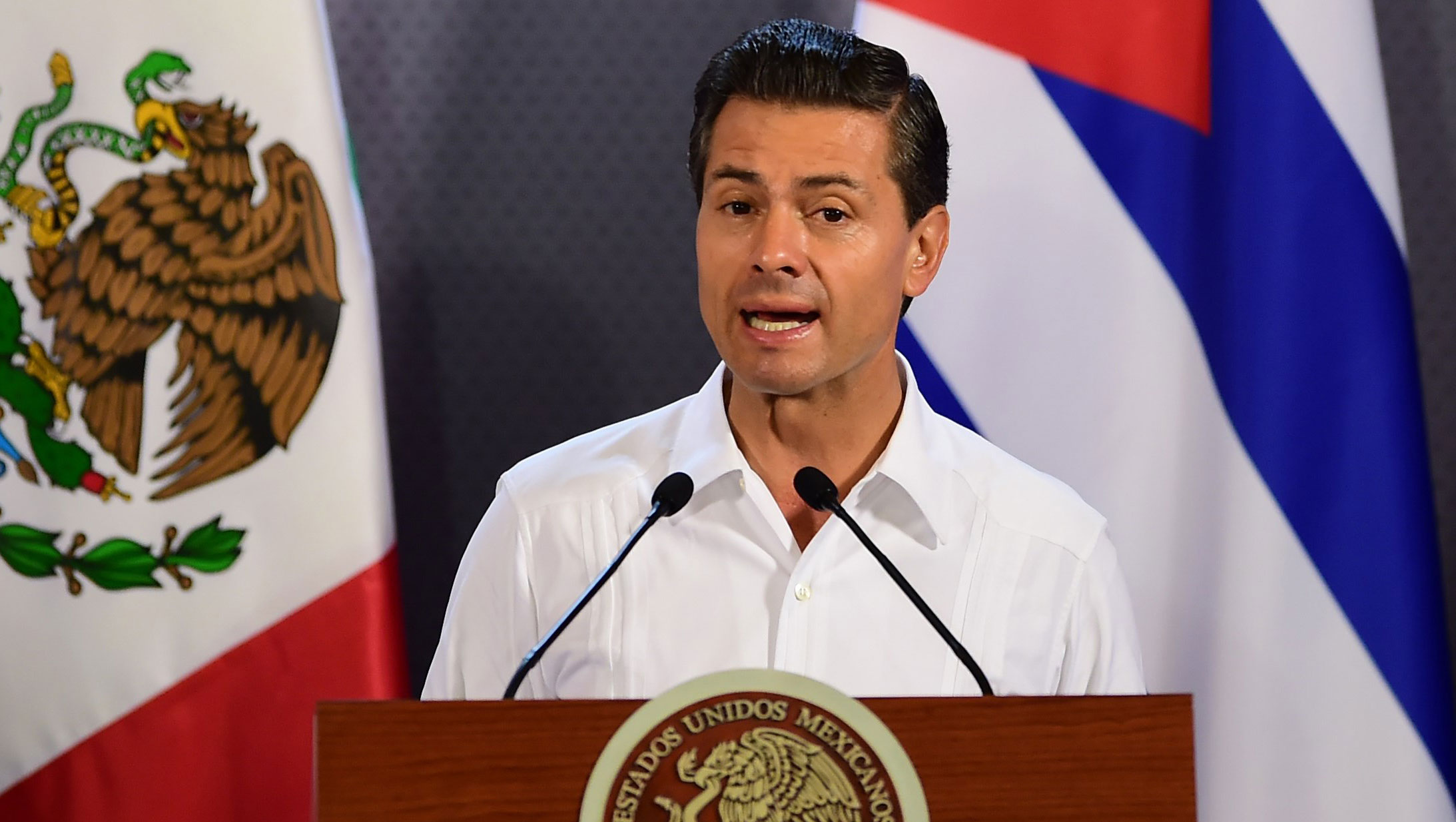 MEXICO CITY -- Mexican President Enrique Pena Nieto said Monday he opposes any eventual legalization of marijuana, five days after the Supreme Court ruled in favor of four people who wanted to grow pot for personal use.

Pena Nieto said in a speech that "for me it would not be desirable, I am not in favor of an eventual legalization of marijuana," but said he was willing to listen to other opinions.

The president said he welcomed a debate on the question, and invited doctors, sociologists and other academics to contribute, but said it "should in no way represent an opening for the consumption of much more dangerous drugs."

The Supreme Court ruled Wednesday that growing, possessing and smoking marijuana for recreation is legal under the right to freedom.

At this point, the ruling covers only the plaintiffs in a single case.

The ruling did not approve the sale or commercial production of marijuana nor does it imply a general legalization. But if the court rules the same way on five similar petitions, it would then establish the precedent to change the law and allow general recreational use.

An October opinion survey by the Parametria polling firm said that 77 percent of Mexicans opposed legalizing marijuana, while 20 percent supported the idea. The poll had a margin of error of four percentage points.

In the United States, the states of Washington, Colorado, Alaska and Oregon have legalized marijuana use. The South American nation of Uruguay adopted a plan to create a legal pot market in 2013.