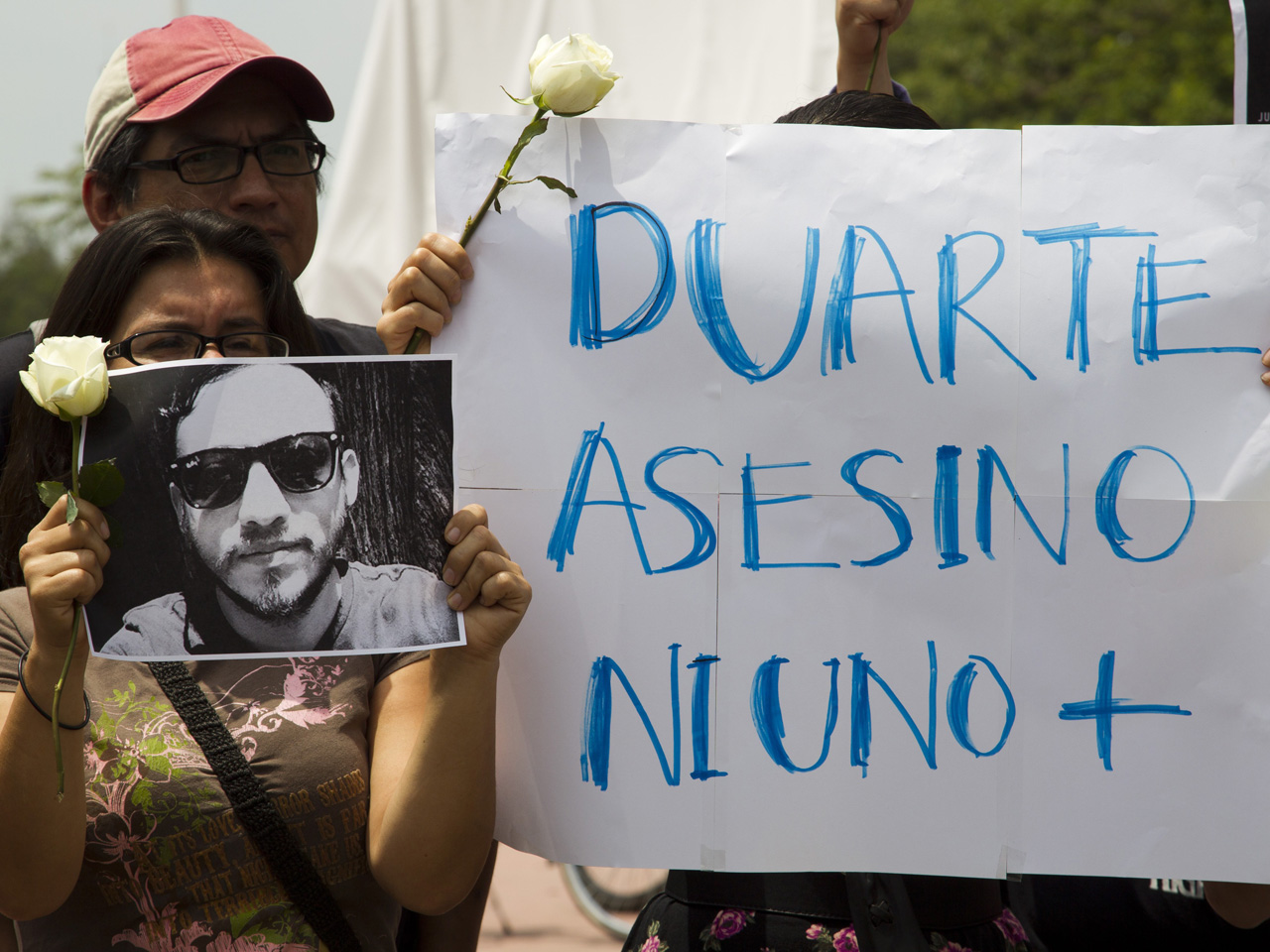 MEXICO CITY - A photojournalist who was found slain in Mexico City after he fled harassment in his home state appears to have been tortured before he was shot to death, the head of a free press advocacy group said Sunday.

Ruben Espinosa sustained severe injuries to his face before he was killed, said Dario Ramirez, director of the Article 19 group.

Espinosa was found dead late Friday in an apartment in Mexico City. Three women who lived in the apartment and their housekeeper also were killed. They, too, appeared to have been tortured and sexually assaulted before being shot, Ramirez said.

Espinosa worked for the investigative magazine, Proceso, and other media. He had fled to the capital in June after being harassed in his home state of Veracruz.

Article 19 said it published an alert about Espinosa on June 15 after he reported unknown people following him, taking his photograph and harassing him outside his home in Xalapa, the state capital.

Veracruz has been a dangerous state for reporters. According to the Committee to Protect Journalists, 11 journalists have been killed there since 2010, all during the administration of Gov. Javier Duarte, the most recent just a month ago. Espinosa is the second Veracruz journalist to be found dead outside of the state.

Espinosa's killing has raised tension among reporters who long have considered Mexico's capital to be a refuge from media intimidation and violence elsewhere in Mexico.