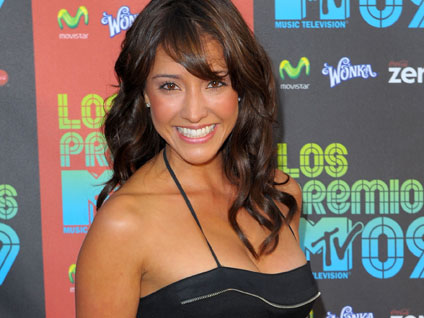 (CBS/AP) LOS ANGELES - Mexican actress Fernanda Romero has had bit parts in such films as the horror movie "Drag Me to Hell," but federal prosecutors say her biggest act was pretending to be a happily married woman.

The 28-year-old was sentenced Monday to 30 days in jail after admitting she lied during an immigration proceeding.

Romero and her husband, musician Kent Ross, were both expected to avoid serving time as a result of plea bargains in the case.

However, U.S. District Judge Manuel Real noted the seriousness of the crime - the two pleaded guilty to making false statements - and ordered both to start serving their sentences on weekends beginning in June.

Prosecutors recommended Romero pay a $5,000 fine and serve five years' probation. Real agreed with placing Romero and Ross, also 28, on probation but did not require either of them to pay a fine.

Romero is perhaps best known for appearing in the Mexican soap opera "Eternamente Tuya," which means "Eternally Yours."

She tearfully apologized for her actions during sentencing.

"This has made me grow and made me a better person," she told the judge.

Her attorneys asked for home detention and noted she has some acting commitments. But Real used his discretion, which allowed him to give Romero and Ross up to six months in prison.

Romero is also involved in an immigration hearing and could be deported depending on the evidence presented by Immigration and Customs Enforcement officials.