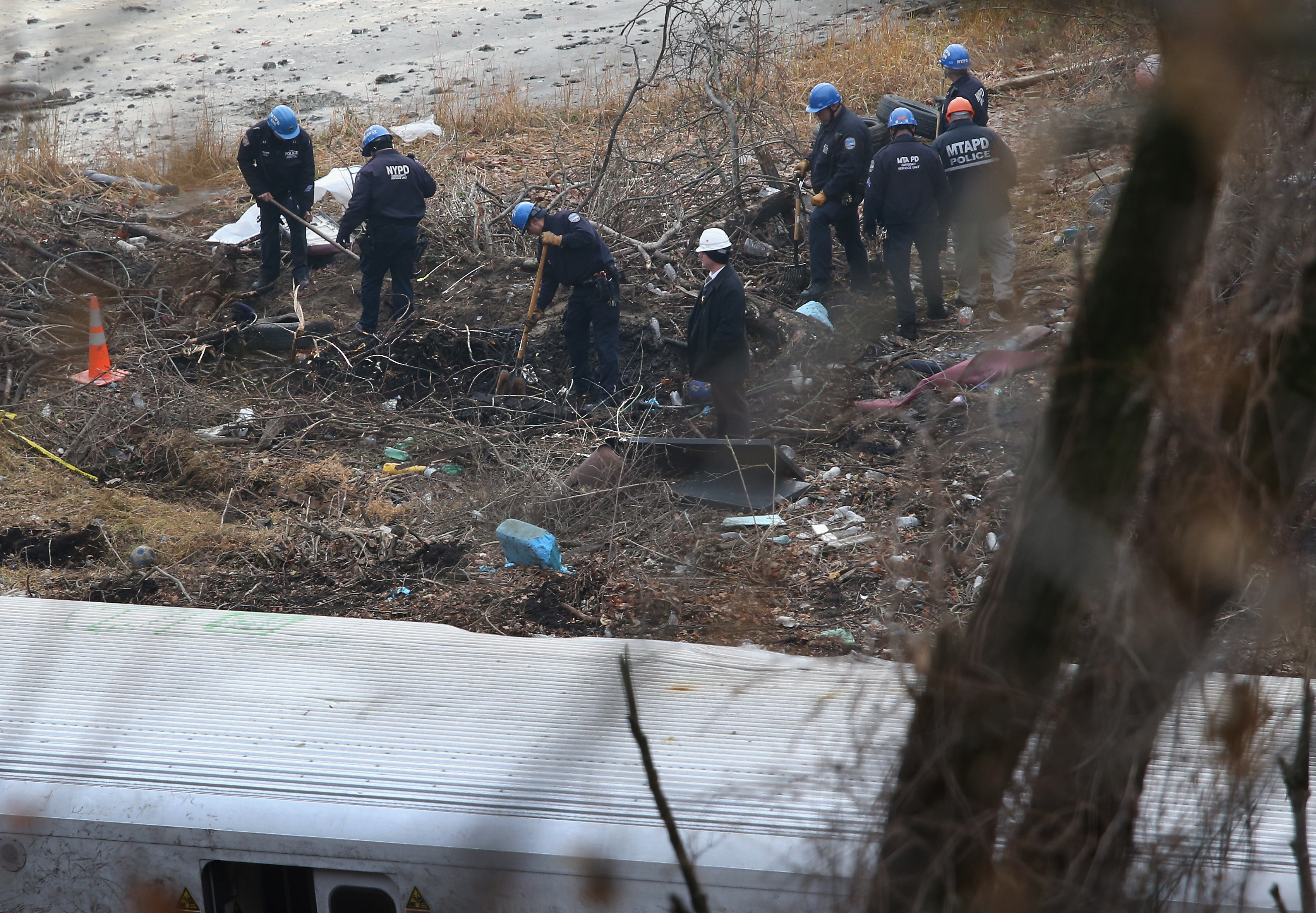 It’s not certain if sleep woes were to blame for the Metro North fatal train derailment in the Bronx borough of New York City last Sunday, but the tragedy that killed four and injured more than 60 others has still put a spotlight on the importance of sleep.

Engineer William Rockefeller Jr. "caught himself, but he caught himself too late," said Anthony Bottalico, leader of the rail employees union, relating what he said the engineer told him. "What he will tell everyone today is that he basically nodded," Botallico said. "He had the equivalent of what we all have when we drive a car. That is, you sometimes have a momentary nod or whatever that might be. How long that lasts, I can't answer that."


While investigators continue probing what exactly happened before the accident and what other factors may be involved, one expert says the tragedy should put on people’s radars that adequate sleep is essential.

“The best thing about this might be some more awareness about this very common problem,” Dr. Steven Feinsilver, director of the Center for Sleep Medicine at The Mount Sinai Hospital in New York City, told CBS News. “Certainly not only in people who drive trains.”

Many of us have experienced it before -- that brief period of nodding off that we may not even realize occurred. Our eyes might even be open, but on an EEG scan that measures brainwaves however, sleep medicine specialists can see periods of these so-called "microsleep" patterns that last for brief periods of about 15 seconds.

“That can happen frequently, and depending on your job, you might get away with it,” he said. “But if it requires you to have a reaction time of less than 15 seconds, you might get in trouble.”

A poor night’s sleep or varying sleep schedules can affect daytime alertness and contribute to these periods of nodding off. That's because everyone has a built-in biological clock, or circadian rhythm. Good sleepers often wake up or fall sleep at the same time every night due to this phenomenon, Feinsilver explained, which in part is driven by sunlight.

But many people have to change their clocks for work -- not just transportation workers, but police officers, doctors, journalists and others who have to pick up various shifts for employment.

Typically, it’s easier to move to a later shift than an earlier one, he said, since it’s harder to go bed earlier than stay awake longer.

Earl Weener, a member of the National Transportation Safety Board, said Tuesday there was "every indication" that Rockefeller would have been able to get "full, restorative sleep" between his previous shift and when he reported to work at 5:04 a.m. on Sunday.

"He has worked for Metro North for 15 years and has been an engineer for 10 of those years. This was his regularly scheduled route making two round trips each day with a typical day lasting nine hours," Weener said. "The engineer had been running this particular route full time since Nov. 17."

Rockefeller's attorney, Jeffrey Chartier, said the engineer had switched in recent weeks from the night shift to the day shift, “so he did have a change in his hours and his circadian rhythms with regard to sleep,” CBS New York reported

Feinsilver says people need about one day per hour of adjustment when a work shift changes. For example, if your schedule switches to come in 8 hours earlier, it will take a minimum of 8 full days to readjust. The same goes for jet lag, he pointed out.

“If you are shifting your clock 12 hours every week, your clock will never work,” he warned.

Varying shift schedules, however, are far from the only important factor that could make a person doze off during a shift.  Feinsilver points out individuals sometimes are “day” or “night” people in terms of how alert they are, a trait which tends to run in families, which could impact alertness. Also, there are many common sleep disorders that can lead to excessive sleepiness, including sleep apnea, which is about as common as diabetes.

The Federal Aviation Administration recently said it would screen obese pilots for sleep apnea over fears they could fall asleep in the sky.

In big cities where long commutes might be necessary to get to a job, Feinsilver adds that people often wake up earlier and lose even more hours of sleep.

There are guidelines in place to ensure transportation workers have had enough shut-eye. Engineers of Metro North trains, a part of New York City’s Metropolitan Transportation Authority, have to comply with certain sleep regulations established by the Federal Railroad Administration, a spokesperson told CBS News.

“Under regulations established by the Federal Railroad Administration, U.S. passenger railroads may not allow a train crew member to go on duty unless he or she has had at least 8 consecutive hours off duty during the past 24 hours,” said Aaron Donovan, deputy director for external communications at the MTA, in an email. “If an employee has been on duty for 12 consecutive hours at any point, he or she needs to have at least 10 consecutive hours off duty before reporting back on duty. Specific guidelines don't exist for shift work scheduling. A full copy of the guidelines can be accessed through the Federal Railroad Administration.

Feinsilver thinks part of the overall sleep problem is people are too plugged in to their computers, television and devices and it’s disrupting sleep. Pressure to work long hours or pick up overnight shifts only add to the risk. Most people need at least 7.25 hours of sleep each night, but that's by no means standard for everyone, and some may need even more.

Lack of sleep is believed to be a factor in high profile accidents like the Exxon Valdez oil spill of 1989 and the 1979 nuclear accident at Three Mile Island.

“I think we’re paying a price for what we do for sleep,” said Feinsilver.