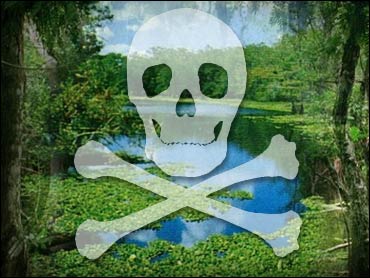 Scientific experts from around the world agreed Friday that there was enough evidence of the dangers posed by mercury to human health to justify international action, an official statement said.

Among options they will forward to member governments of the United Nations Environmental Program (UNEP) was starting negotiations on a full global treaty to restrict mercury use, their conference chairman, Jim Willis, told Reuters.

The gathering of some 150 experts from some 60 countries was called by UNEP amid growing concern among both health and environmental bodies over the effects of mercury, which UNEP says kills and maims hundreds of people every year.

This week's meeting, an official statement said, "concluded that there is sufficient evidence of significant global adverse impacts to warrant international action. ..."

Such action, it added, would be aimed at reducing "the risks to human health and the environment arising from the release of mercury into the environment."

The heavy metal, used in or released by many industrial processes as well as in dentistry and medical thermometers, is transformed by contact with water into a poisonous compound easily absorbed by humans, animals and fish.

Over recent decades, there have been several cases around the world of mass poisoning among coastal communities -- including one in Japan -- which have high levels of fish in their diet. Freshwater fish varieties are also major carriers.

UNEP says almost all humans, animals and fish have traces of mercury -- released naturally from rocks but also created by coal burning and incinerating waste -- in their tissues. The danger comes when these accumulations build up.

Mercury poisoning can cause serious brain and kidney damage even when absorbed at low levels, experts say.

The experts meeting this week in UNEP's Mercury Assessment Working Group set out a range of ideas for governments to consider, including simply increasing information exchanges and substituting other products for the liquid metal mercury.

But Willis, UNEP's Chemicals Director, said these options "go right up to starting talks on a legally-binding treaty."

UNEP Executive Director Klaus Toepfer said the recommendations "are the first essential step on the road to reducing and one day eliminating the environmental and health risks of mercury.

"Now it is up to the politicians and policy-makers to decide just where do we go from here," he declared.

The experts' suggestions will be discussed at a meeting of the UNEP Governing Council -- on which most governments sit -- at its Nairobi headquarters on Feb. 3-7 next year.

Diplomats following the Geneva meeting said it was unlikely that any agreement would be reached immediately on full treaty talks given the threat this might pose to the future of some industries in both rich and poor countries.

But they said there could be acceptance of another option to emerge from this week's discussions -- establishment of a non-binding program of action to reduce the risks.