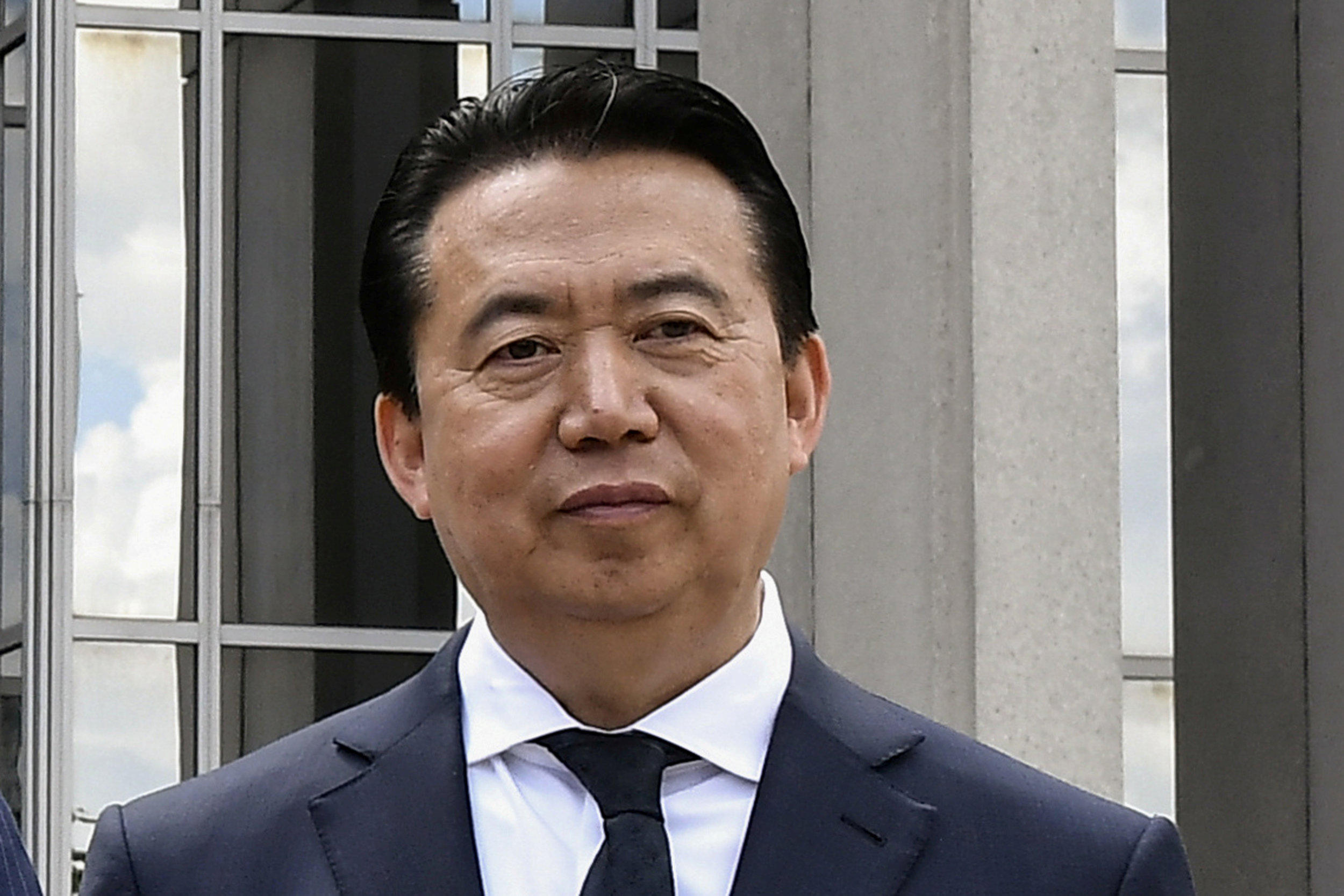 LYON, France — Interpol says a Chinese official who was reported missing has resigned as head of the international police agency. The update came after Beijing announced Meng Hongwei was under investigation in China.

Interpol said Sunday night that Meng had resigned as president of the agency's executive committee, effectively immediately. It did not say why.

The party's watchdog for graft and political disloyalty said on its website late Sunday that Meng, China's vice minister of public security, is "suspected of violating the law and is currently under the monitoring and investigation" of China's new anti-corruption body, the National Supervision Commission.

Meng's wife told reporters Sunday in the French city of Lyon she hasn't heard from her husband since Sept. 25. Grace Meng says he sent an image of knife that day, she thinks as a warning he was in danger. Four minutes later, he sent her a message saying, "Wait for my call."

She said the call never came and she does not know what happened to him. Grace Meng wouldn't speculate Sunday on what might have happened.

"From now on, I have gone from sorrow and fear to the pursuit of truth, justice and responsibility toward history," she said. "For the husband whom I deeply love, for my young children, for the people of my motherland, for all the wives and children's husbands and fathers to no longer disappear."

Interpol, which is based in Lyon, said Saturday it made a formal request to China for information about Meng.