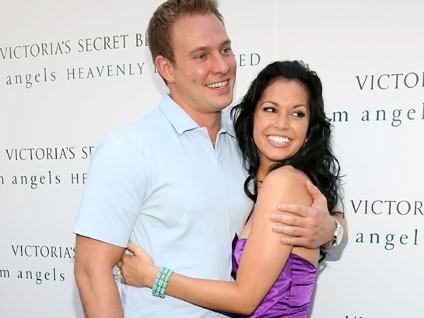 The "Dancing with the Stars" alumna and her husband, Tye Strickland, are expecting their first child.

Rycroft confirmed the baby news herself on "Good Morning America" on Wednesday.

"Apparently Tye and I wanted to see how many life-changing events we could fit into one calendar year," she said. "From getting engaged, married, new job, and we are now pregnant."

The couple, who met three years ago in their hometown of Dallas, got engaged in June, less than four months after Rycroft was dumped on national television by Jason Mesnick on "The Bachelor."

She and Strickland, an insurance agent, married last December in Mexico.