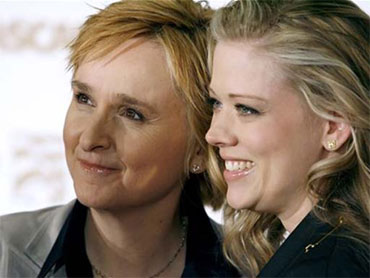 The "Popular" star is asking that Etheridge receive visitation and pay spousal support. This comes after the singer filed dissolution papers July 2 to end their partnership with a request for joint custody and no spousal support, according to People magazine.

According to Michael's lawyer Steven Knowles, who talked to TMZ.com, he says, "Melissa has not been treating Tammy or the children as if they are a wife and children, financially and otherwise."

Michaels, 35, has filed for full custody of the twins, son Miller Steven, who Michaels gave birth to in 2006, and daughter Johnnie Rose.

People reported in May that Etheridge and Michaels, 35, who had registered as domestic partners in August 2005, ended their nearly nine-year relationship late last year.