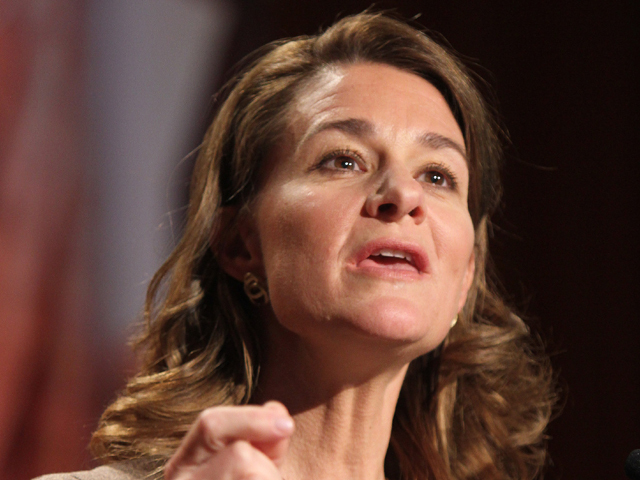 (CBS News) Melinda Gates' announcement that she's making family planning her signature issue by promoting the use of contraception is causing controversy in an already divided public.

Melinda, who co-founded and co-chairs the Bill & Melinda Gates Foundation, told Newsweek that family planning and primary public health would be the two issues that she would focus on by being an advocate for the use of birth control.

"My goal is to get this back on the global agenda," she told Newsweek.

The wife of Bill Gates spoke of her visit to sub-Saharan Africa, where women told her stories of sneaking away from their husbands to get birth control shots - normally Depo-Provera - only to arrive at the clinic and find out that they were out. The foundation officially launched a $4 billion fundraising campaign in partnership with the United Kingdom government at the London Summit on Family Planning today, with the goal of getting 120 million more women access to contraceptives by 2020. The foundation is also funding research on self-injectable birth control, a hormone-free contraception and lifetime birth control that a woman could turn on and off as she decides.

The Gates Foundation has previously spoken out against abortion and refused to fund programs that support it, but Melinda has always been a proponent of birth control despite her Catholic upbringing and beliefs.

"I had to wrestle with which pieces of religion do I use and believe in my life, what would I counsel my daughters to do," she explained to Newsweek, adding that she feels that "we're not serving the other piece of the Catholic mission, which is social justice" if she didn't support a woman's right to take birth control.

Melinda's mission comes at a time when support for family planning has slowed down, according to TIME. President George W. Bush cut funding from the United Nations Population Fund in 2002, and many conservative religious groups have claimed family planning agendas are like forced abortion.

Her announcement comes in conjunction with a July 10 study in the Lancet that shows contraception prevents 272,040 maternal deaths each year - about a 44 percent reduction in mortality rates. If more birth control were to be provided, researchers believe that maternal deaths could be reduced an additional 30 percent. If the countries that had birth control had it taken away, the authors believed the number of maternal deaths would be 1.8 times higher. The study was funded by the Bill and Melinda Gates Foundation.

Already, contraception stops about 230 million unintended births each year, according to the study's press release. About 358,000 women and 3 million newborns die each year worldwide due to pregnancy and childbirth. Ten to 15 percent of those numbers are believed to be deaths caused by unsafe abortions.

But, opponents of contraception argue that telling a mother than if she used birth control her baby could have been saved is wrong.

"You don't tell a woman dying of an ectopic pregnancy that she should have used a female condom. To say that we're going to help women not die in childbirth by telling them that they shouldn't get pregnant in the first place, I think, borders on scandalous," Susan Yoshihara, director of research at the Catholic Family and Human Rights Institute, told Newsweek.

The United Nations Population Fund (UNPF) disagrees, however, and claims that the issue of birth control is more about women's rights. They have made "reproductive health" the theme of the July 11 World Population Day.

"(Birth control) is a very controversial issue because very often people relate this to population control," Edilberto Loaiza, senior monitoring and evaluation adviser in the UNFPA, told the Washington Post. "But many women are being denied the right to decide freely when and how many children to have. That's what it is about."