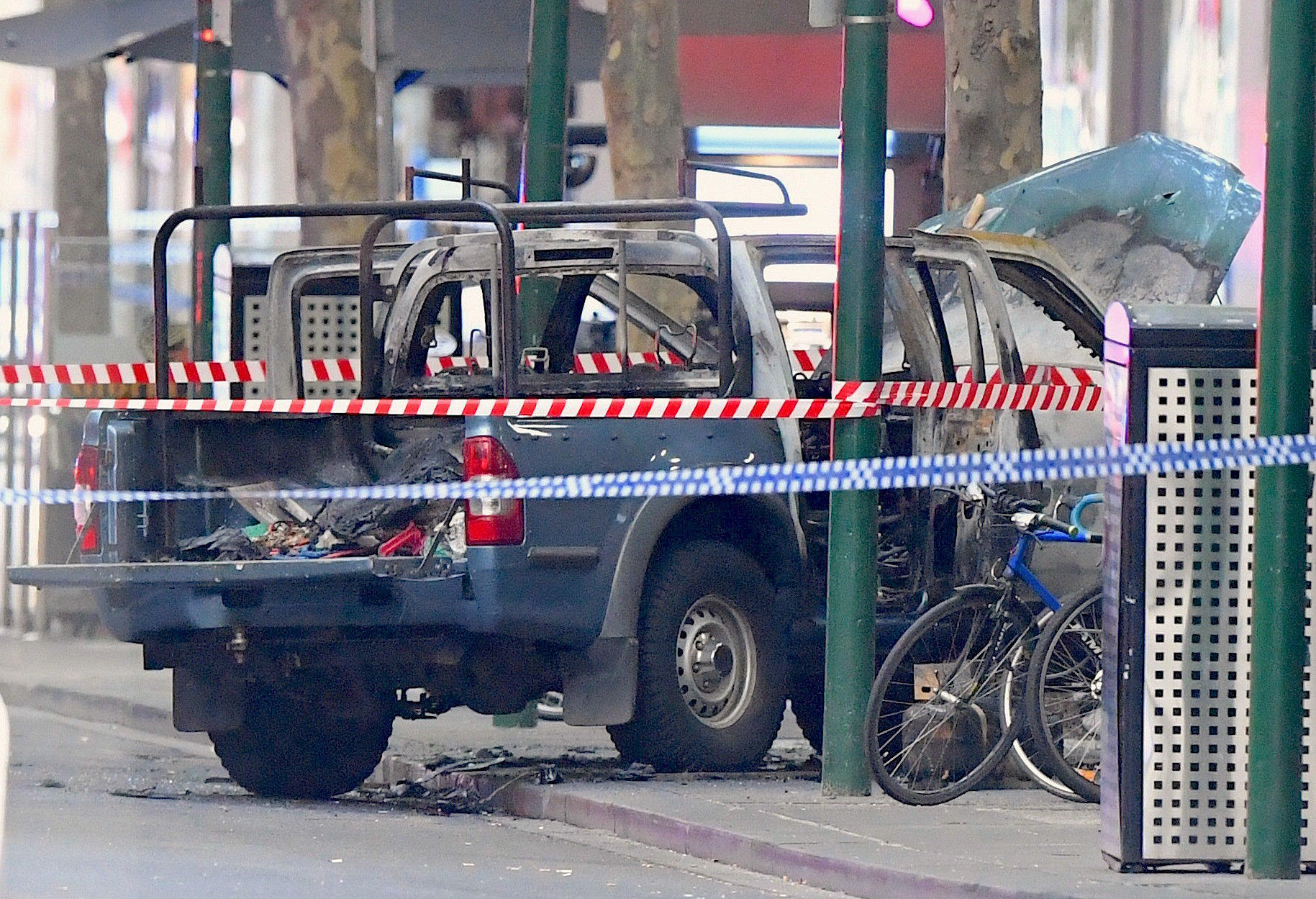 SYDNEY -- Police shot a knife-wielding man Friday after he fatally stabbed one person and injured two others in the center of Australia's second-largest city. Police were investigating the incident in Melbourne as suspected terrorism, and they were re-evaluating security plans for upcoming public events. The Islamic State of Iraq and Syria (ISIS) issued a statement claiming responsibility later on Friday.

The incident, which brought central Melbourne to a standstill in the late afternoon rush, came after police responded to reports of a burning vehicle.

Officers were confronted near the burning car by a man "brandishing a knife and threatening them" while passers-by called out that people had been stabbed, Victoria state police Superintendent David Clayton said.

One of the stabbed people was dead at the scene and two others were taken to a hospital.

Clayton said investigators did not believe there were any other assailants. The man was shot in the chest by police and died of his injuries in hospital.

Police later said the car from which the slain suspect, a Somali national, had emerged, contained gas cylinders and was on fire when they arrived.

"We don't believe there is an ongoing threat at this stage, but certainly we are treating it as a terrorism incident," Victoria Police Commissioner Graham Ashton said later Friday.

Ashton didn't give the Somali attacker's name, but said the man had "family associations that are well known to us."

ISIS claimed responsibility for the attack in a vague statement released by its self-styled news agency Amaq, calling the attacker one its soldiers but offering no identification or other information to prove any link with the man. The terror group has issued previous claims without offering evidence to prove any link, but in other cases subsequent videos have shown attackers pledging allegiance to ISIS.

He said security for large upcoming public events, including commemorations for Remembrance Day on Sunday, would be reassessed and possibly boosted.

Victoria police tweeted a request for witnesses to speak to police and share any images that might help the investigation.