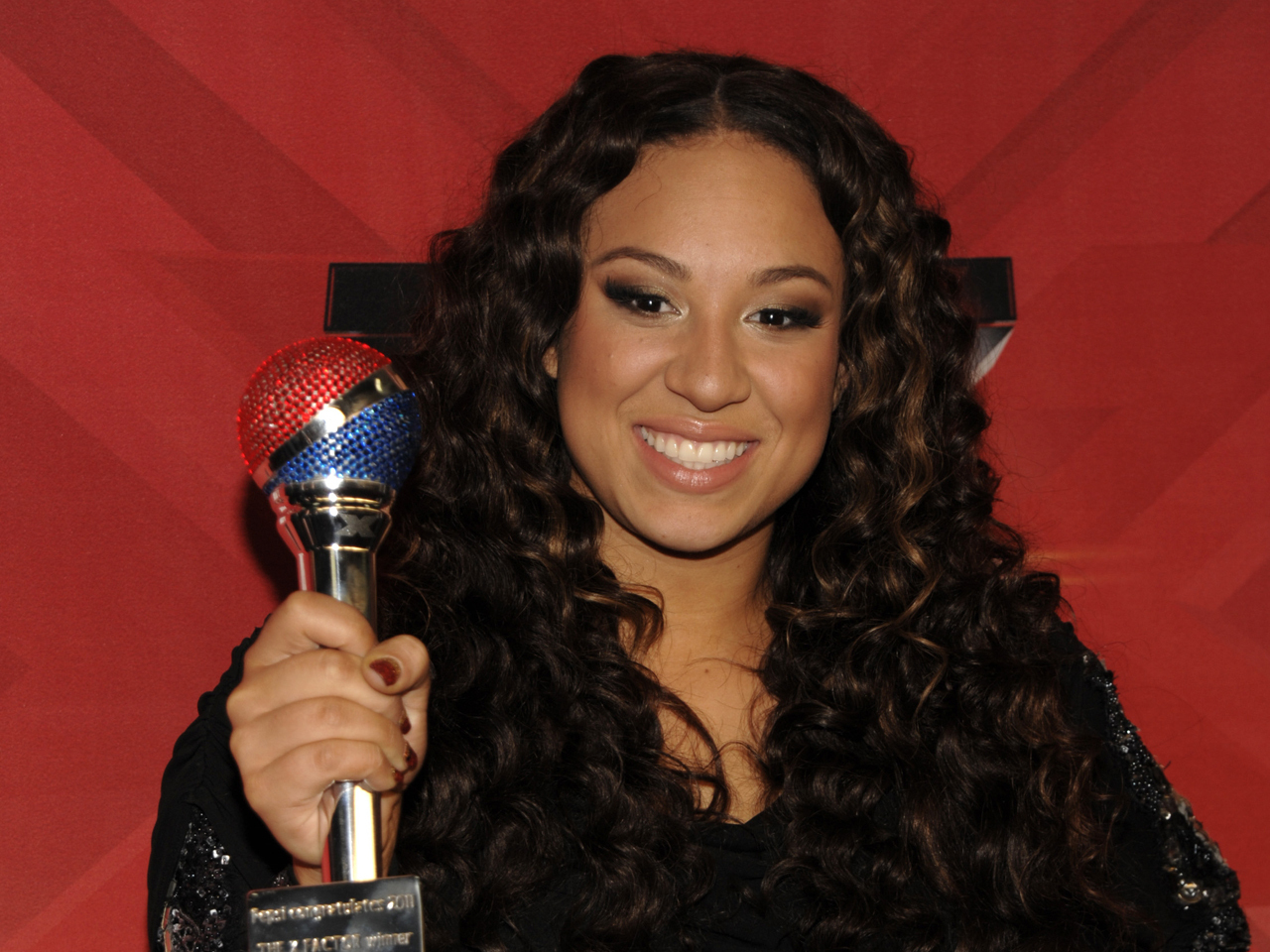 Amaro, who was mentored by judge Simon Cowell and was at one point eliminated then reinstated to the contest, was awarded the grand prize: a $5 million recording contract and a starring role in a Pepsi commercial.

Despite continued prodding from Jones, an overly emotional Amaro couldn't quite formulate words when she was revealed to have captured the most viewer votes, and she struggled through tears to reprise Beyonce's "Listen," the soaring ballad that Amaro crooned at her audition and on Wednesday's final performance round.

"I want to say, `America, thank you for giving this girl an opportunity,"' said Cowell.

Krajcik, the struggling single father who delivered a stripped down rendition of "At Last" for his final routine, seemed content with his status as "X Factor" runner-up to Amaro, who was born in the British Virgin Islands.

"Melanie deserves it," Krajcik said. "She has a wonderful voice. I had such an incredible experience here. I got to be myself, sing what I want to sing, and I couldn't be happier."

Unlike "American Idol," the contest was open to both solo singers and groups, and had a lower minimum age of 12 and no upper age limit.

Despite consistent viewership, "The X Factor" has failed to achieve popularity similar to "Idol," which Cowell left last year to import "The X Factor" from the U.K. to the U.S. Fox announced last month that "X Factor" would return for a second season next fall.