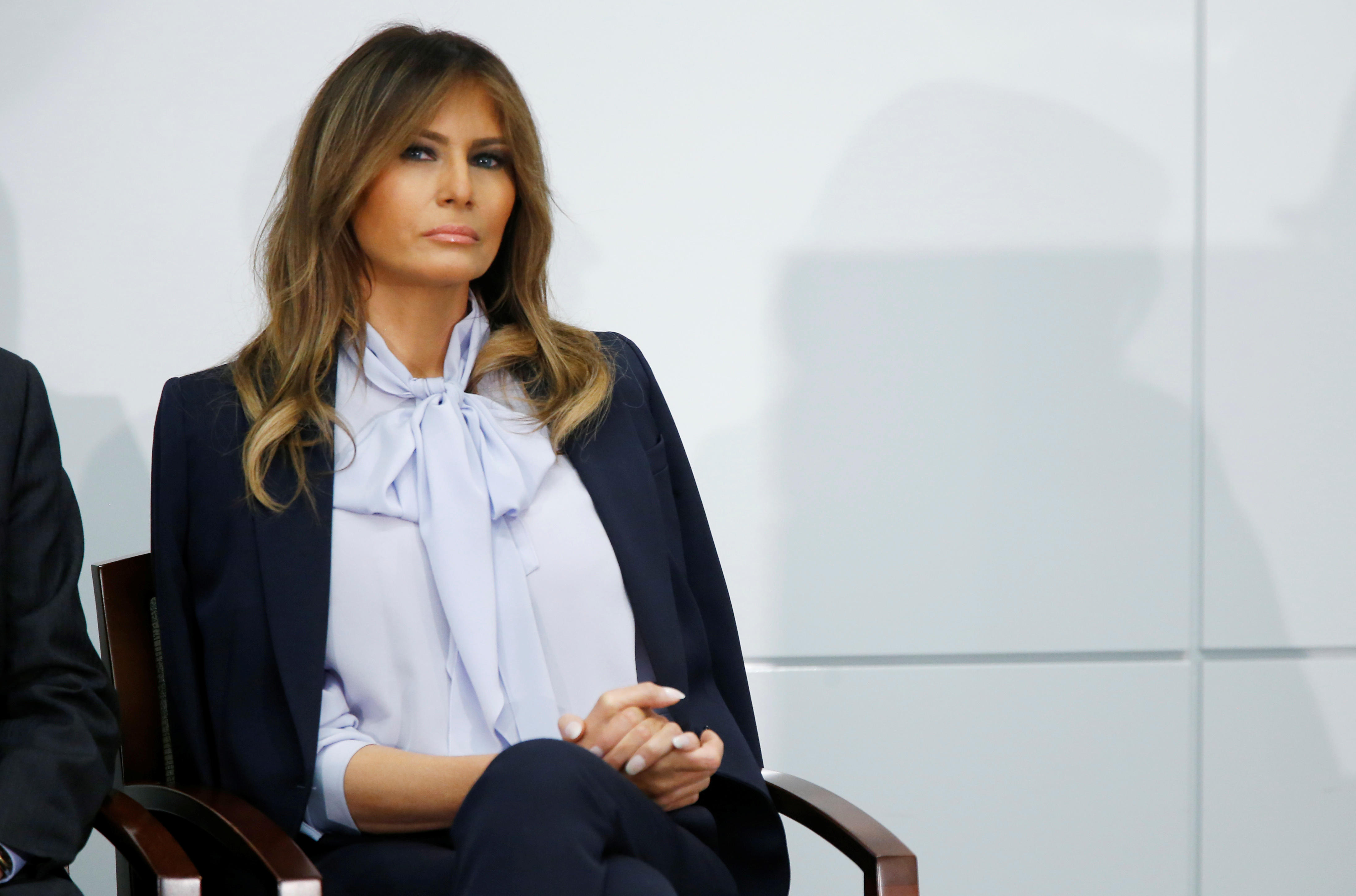 The first lady first told The Associated Press in a written statement Monday that she's looking forward to learning about the issues that children living on the continent face, as well as appreciating Africa's history and culture. She recently launched a U.S.-based effort focused on the well-being of children.

Mrs. Trump plans to travel without President Trump, who was roundly criticized earlier this year after his private comment about "sh*thole countries" in Africa was leaked to journalists.

"This will be my first time traveling to Africa and I am excited to educate myself on the issues facing children throughout the continent, while also learning about its rich culture and history. We are a global society and I believe it is through open dialogue and the exchanging of ideas that we have a real opportunity to learn from one another," the first lady said in a statement provided to CBS News. "I look forward to highlighting the successful humanitarian work and development programs being done in many of the countries."

The exact dates and countries have not yet been announced.

She added that she also looks forward to highlighting successful humanitarian work and development programs underway in the African countries.

Her spokeswoman, Stephanie Grisham, told The Associated Press the first lady chose Africa as the destination for her first big solo international trip after she learned about some of the development programs that are underway in many of its countries. Those programs include investments by the U.S. in children's health and education, Grisham said.

The swing through Africa will be the farthest Mrs. Trump has traveled on her own since becoming first lady in January 2017.

Her only other solo international trip came last September, when she flew to Toronto for a day and joined Britain's Prince Harry for an Olympic-style athletic competition he established for wounded service members and veterans.

The first lady has accompanied the president to Saudi Arabia, Israel, Turkey, Brussels, France, Japan, South Korea, the United Kingdom and Finland, for his recent summit with Russian President Vladimir Putin. Due to medical restrictions placed on her travel following kidney surgery in May, she did not accompany Mr. Trump to Singapore for his one-on-one meeting in June with North Korean leader Kim Jong Un.

The first lady has at times taken actions very independently of Mr. Trump. She twice visited children separated from their parents at the border. She spoke out in support of NBA star LeBron James when her husband attacked him on Twitter, praising his work with children. On Monday morning, she gave a speech as a part of her "Be Best" campaign warning children against destructive speech, while the president ripped former CIA Director John Brennan on Twitter.