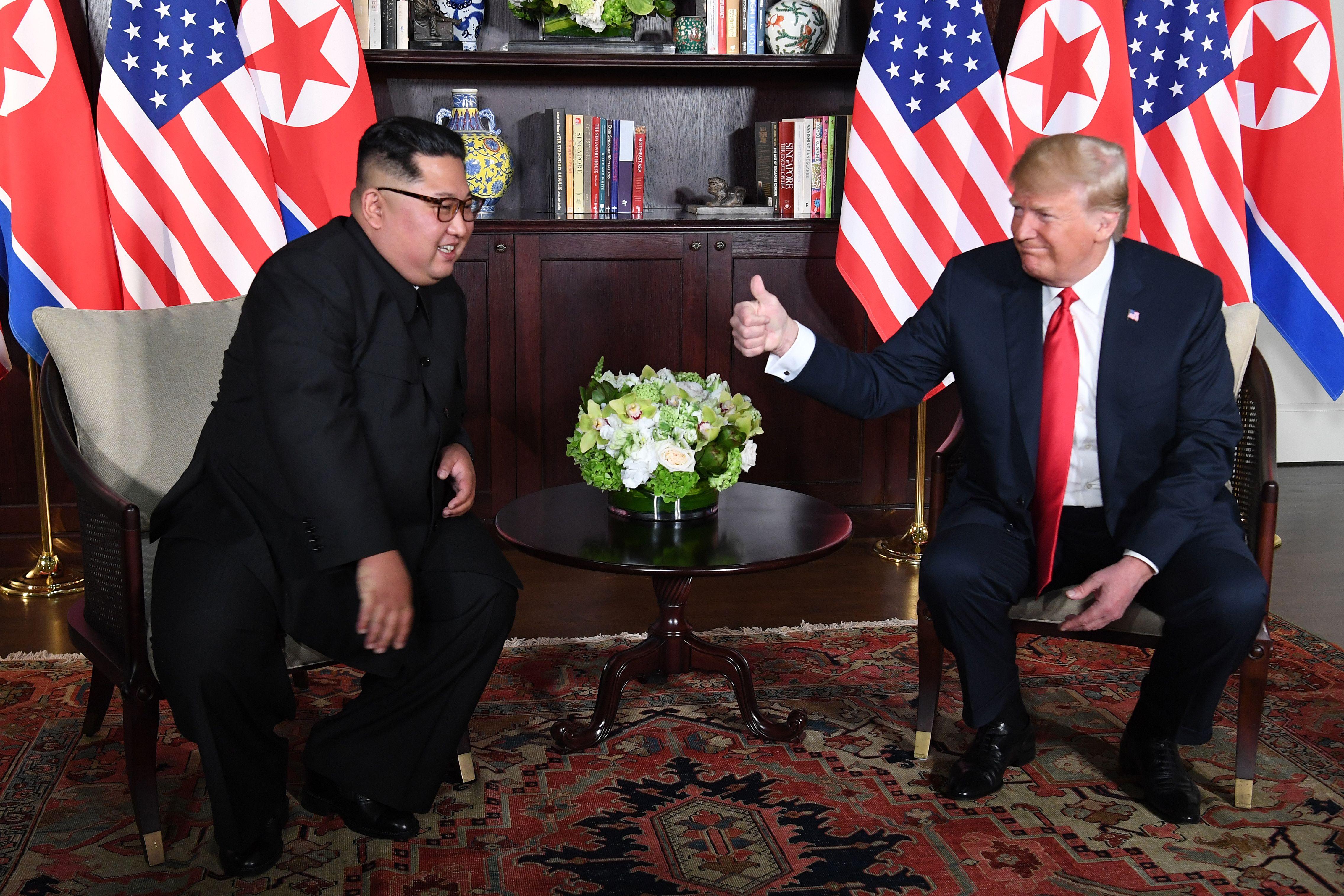 Though Tuesday's Singapore summit between President Donald Trump and North Korean leader Kim Jong Un was universally acknowledged as historic, its outcome is being widely debated by policy observers and experts alike.

At least one such expert has concluded -- so far -- that it's Kim who emerged as the bigger winner in this first round. On this week's episode of Intelligence Matters, Dr. Paul Heer, former National Intelligence Officer for East Asia in the Office of the Director of National Intelligence, told host and CBS senior national security contributor Michael Morell that, at least in this preliminary stage, Kim appears to have emerged from the meeting the bigger winner.

"I think it was a very positive development that Kim Jong Un has retreated from his nuclear and missile testing program and that President Trump has retreated from his talk of 'fire and fury' and that they both have redirected their energies back into a diplomatic process," Heer said."Having said that, I think actually that Kim got the better part of the deal because he achieved most of what he wanted out of the meeting: He received international stature and the credibility of meeting with the U.S. president, which was something that eluded both his father and grandfather."

"In his walkabouts in Singapore, [Kim] became something of a rock star," Heer observed.

What President Trump mainly received in exchange, Heer said, was a reiteration of Kim's previously stated intention to denuclearize – an offer on which North Korea has reneged in the past. "He has elevated it to an 'unwavering' commitment," Heer said, "but I think that this is not new – neither that commitment nor its reliability."

The lack of detail or a firm timetable in the final communiqué, Heer told Morell, suggests there is still plenty of room for disagreement about terms and timing. "History would suggest that we are going to get stuck at some point," Heer said. "Precedent would suggest that."

Morell and Heer also discussed the strategic, military and economic challenges posed by China, and how the United States should position itself and seek to craft its policy in the region.

"We are in an age of a multifaceted competition with China around the world – for economic influence; for security relationships; for the diplomatic clout; for the prevalence and the acceptability of our political and economic development models," Heer said.

"We can complain about that, but the best remedy for it is to step up to the plate and compete," Heer argued. "And we can't do that until we get our act together."