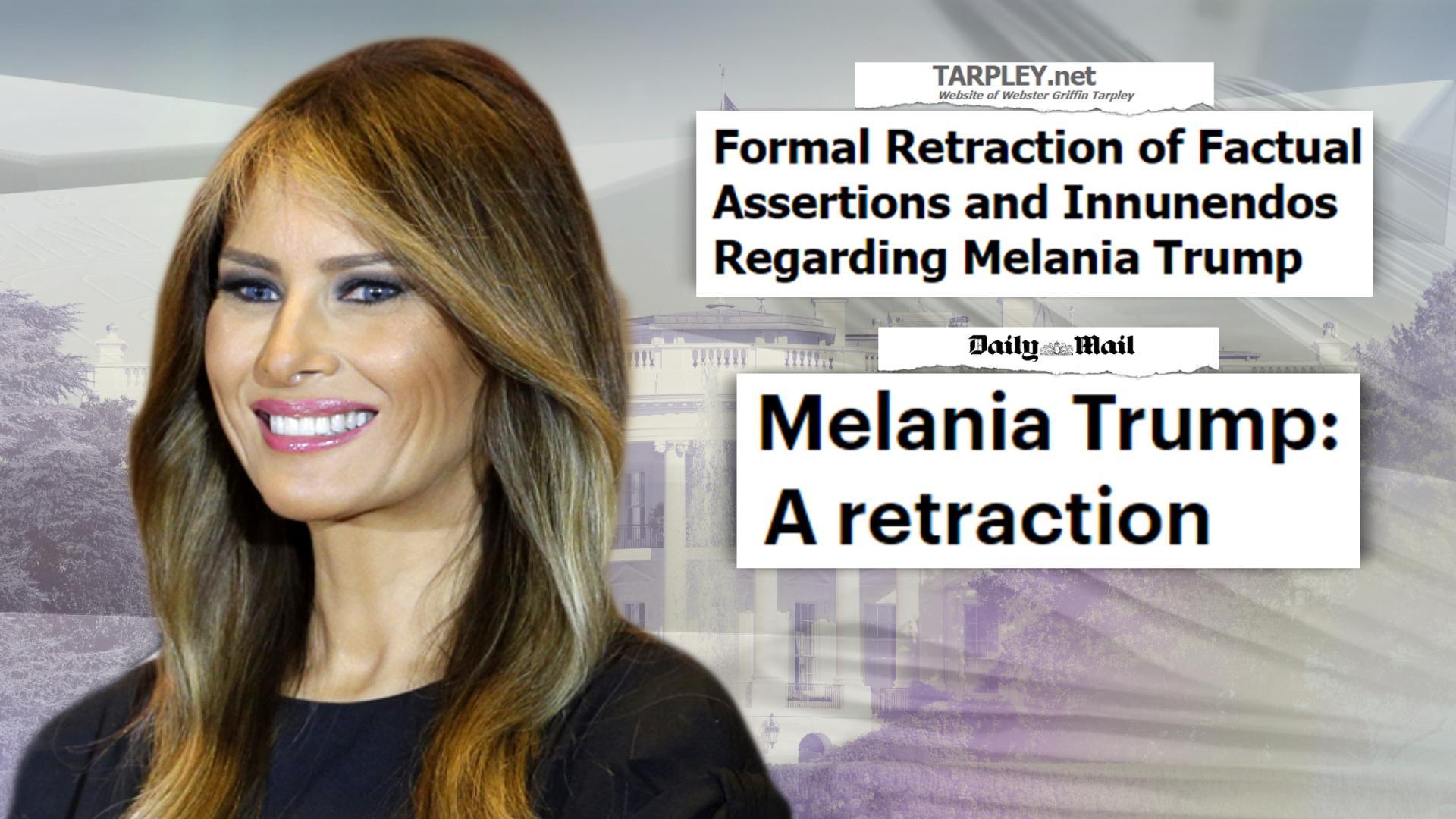 Future first lady Melania Trump appeared in a Maryland courtroom Monday in her defamation case against Britain’s Daily Mail and blogger Webster Tarpley. Mrs. Trump filed a lawsuit in September, claiming they published false articles alleging she had worked as an escort, and saying that she suffered a nervous breakdown during the campaign. The stories were later retracted.

As a public figure, CBS News legal analyst Rikki Klieman said Mrs. Trump faces a “big burden,” as the standard of proof requires her to show the publications acted with actual malice — a reckless disregard for the truth.

“Very few public figures have ever been able to meet that burden,” Klieman told “CBS This Morning” Tuesday. But she said this particular case was different, and Mrs. Trump “just might satisfy it.”

The Daily Mail retracted the story quickly, which Klieman said could help in “some little bit of equity.” But “damage of reputaton is done at the time of publication,” she added.

Klieman said the lawsuit is an example of a “motions case.”

“You’re going to have motions to dismiss, you’re going to have motions for summary of judgment. The court is going to get deeply involved in all of the legal niceties involving defamation,” Klieman explained. “If this case gets past the motions stage — and it really well might — and this case goes forward to a jury with the lawyer that she has, then I think she has a decent chance of success, which is rare.”

“Beyond the obvious reason, nobody wants to have people say bad things about them that are not true, why is she doing this?” co-host Charlie Rose asked.

“What you’re looking for here is the case that you’re talking about chastity and a crime. That’s serious defamation,” Klieman said.

“Melania Trump appeared today with her counsel in the Montgomery County Circuit Court in Rockville, Maryland, for a scheduling conference in her defamation lawsuit against the Daily Mail and Webster Tarpley. Mrs. Trump was not required to attend the court conference, but chose to do so, to meet the Judge, meet opposing counsel, and show her commitment to the case. Mrs. Trump looks forward to seeing the case to a successful conclusion. Mrs. Trump was represented in court today by Charles J. Harder, Esq. of Harder Mirell & Abrams LLP, Los Angeles, CA and Donna E. McBride, Esq. of Miller, Miller & Canby, Rockville, MD.”

“As you may be aware, I represent Mr. Tarpley in this matter. He was kind enough to forward your email of earlier today.  I’m traveling right now, but I’ll do my best to answer any questions you may have. If there is something that you are particularly interested in, please let me know. Today we appeared at the Court ordered Scheduling Conference.  Judge Burrell scheduled the trial to begin on November 6, 2017.  Various other pre-trial deadlines and events were discussed/scheduled during the Conference.  This was a productive meeting as it allowed the Court and parties to collaborate in the scheduling process, which is certainly significant in light of nature of the case and the parties involved. With respect to Mr. Tarpley, he is a political blogger who desires to engage his readers in a meaningful discourse on matters of public significance.  In this instance he shared with his readers information concerning Ms. Trump that was publicly available, as he felt it important that there be a dialogue regarding matters that could impact the Country should her husband be elected President.  Mr. Tarpley considers himself a Champion of the First Amendment and believes that public discourse, even when it delves into potentially sensitive matters, is critical in the political arena and central to our fundamental freedoms.”

Italy votes in its most right-wing government since World War II
Thanks for reading CBS NEWS.
Create your free account or log in
for more features.
View CBS News In
CBS News App Open
Chrome Safari Continue
Be the first to know
Get browser notifications for breaking news, live events, and exclusive reporting.