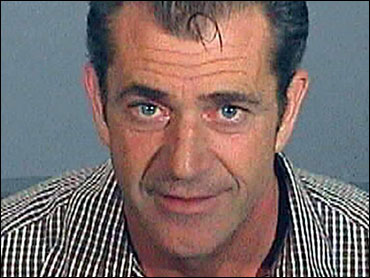 Mel Gibson said Tuesday he is not a bigot or an anti-Semite and that he apologizes to "everyone in the Jewish community for the vitriolic and harmful words" he used when he was arrested for drunken driving.

"Hatred of any kind goes against my faith," he said in a statement released through his publicist Alan Nierob.

"I'm not just asking for forgiveness," Gibson said. "I would like to take it one step further and meet with leaders in the Jewish community, with whom I can have a one-on-one discussion to discern the appropriate path for healing."

It was the second apology the 50-year-old Oscar winner has issued through Nierob since his arrest early Friday.

Gibson said he is "in the process of understanding where those vicious words came from during that drunken display" and hopes members of the Jewish community, "whom I have personally offended," will help him in his recovery efforts.

"There is no excuse, nor should there be any tolerance, for anyone who thinks or expresses any kind of anti-Semitic remark," Gibson said. "But please know from my heart that I am not an anti-Semite. I am not a bigot. Hatred of any kind goes against my faith."

"We are glad that Mel Gibson has finally owned up to the fact that he made anti-Semitic remarks, and his apology sounds sincere. We welcome his efforts to repair the damage he has caused," said Abraham H. Foxman, national director of the Anti-Defamation League. "Once he completes his rehabilitation for alcohol abuse, we will be ready and willing to help him with his second rehabilitation to combat this disease of prejudice."

"I welcome his words. And I hope and pray that they are sincere and heartfelt," but Gibson needs to show "tangible actions" of repentance, said Rabbi Mark S. Diamond of the 280-member Board of Rabbis of Southern California.

"I don't want to minimize for a moment the hurt and anger, the anguish, his words have created in our community," he said.

Gibson's arrest and his anti-Semitic comments have been fodder for the blogging community — some signaling this as the end of his career, others questioning his Christianity, but most thinking his apology isn't worth much at all.

Gibson acknowledged "there will be many in that community who will want nothing to do with me, and that would be understandable. But I pray that that door is not forever closed."

The actor-director said he must take responsibility for making anti-Semitic remarks because as a public person, "when I say something, either articulated and thought out, or blurted out in a moment of insanity, my words carry weight in the public arena."

Gibson noted that his apology and efforts to repair relations with the Jewish community "is not about a film."

Gibson was arrested in Malibu early Friday for alleged drunken driving, and reportedly unleashed an anti-Semitic tirade and made other offensive comments when he was pulled over, initially for speeding, early Friday in Malibu, Calif.

An arrest report posted on the celebrity news Web site TMZ quoted Gibson as saying, "The Jews are responsible for all the wars in the world," and asked the arresting officer, "Are you a Jew?"

The sheriff's deputy who arrested Gibson said in an interview that he feels bad for damage to the star's reputation but hopes Gibson thinks twice before drinking and driving.

Los Angeles County Sheriff's Deputy James Mee, who is Jewish, said that he considered it a routine arrest and did not take any comments made by Gibson seriously.

"I don't take pride in hurting Mr. Gibson," said Mee, a 17-year veteran. "What I had hoped out of this is that he would think twice before he gets behind the wheel of a car and was drinking. That would be my hope that this would accomplish that. I don't want to ruin his career. I don't want to defame him in any way or hurt him."

An independent committee said an initial review of Gibson's arrest showed no favoritism toward the star by the Los Angeles Sheriff's Department. Michael Gennaco of the Office of Independent Review said Mee followed procedures.

The first fallout from the arrest may have already come with Monday's announcement by ABC that it had canceled a planned miniseries about the Holocaust that it was developing with Gibson's Icon Productions.

"Given that it has been nearly two years and we have yet to see the first draft of a script, we have decided to no longer pursue this project with Icon," ABC said in a one-sentence statement.

Meanwhile, the Sheriff's Department sent prosecutors its case Monday, including an official police report that includes claims that Gibson made anti-Semitic remarks and threatened a deputy, a law enforcement official said.
2
The report also claimed that a tequila bottle was found in Gibson's car when he was pulled over on the Pacific Coast Highway, according to the law enforcement official, who spoke on condition of anonymity because of the sensitivity of the matter.

Deputy Mee would not comment specifically on Gibson's remarks.

"That stuff is booze talking," the deputy said in an interview outside his home. "There's two things that booze does. It amplifies your basic personality. If you are a laid-back kind of person, just an easy going kind of person, booze is going to amplify that and you'll be just sitting around going how it's a wonderful day.

"But, if you are high-strung person, it's going to amplify that and all the bad things are going to come out."

The Los Angeles Times, citing unidentified sources, said a portion of Mee's arrest report was placed under lock and key while police officials discussed how much information about the arrest should be made public.

"They were like chickens running around with their heads cut off," one source told the Times.

The Sheriff's Department's account of the arrest made no mention of the alleged anti-Semitic remarks and said the arrest occurred without incident.

The subsequent TMZ report triggered claims that the arrest report was sanitized.

A sheriff's spokesman defended the department's handling of the case.

"We hope we've done it with not only professionalism and intelligence, but held to the highest standard of legal and moral imperative," spokesman Steve Whitmore told reporters at sheriff's headquarters.

The issue of a cover-up arose in part because Gibson has supported the Sheriff's Department. He once dressed in a deputy's uniform to film public service announcements for Sheriff Lee Baca's Star Organization, which raises scholarships for children of department employees. Gibson also donated $10,000, Whitmore said.

Mel Gibson's publicist says the actor has sought treatment for his battle with alcohol.

"Mel has entered into an ongoing program of recovery," Nierob told theshowbuzz.com on Monday. "The guy is trying to stay alive."

This is not the first time Gibson has faced accusations of anti-Semitism. Gibson produced, directed and financed "The Passion of the Christ," which some Jewish leaders said cast Jews as the killers of Jesus. Days before "Passion" was released, Gibson's father, Hutton Gibson, was quoted as saying the Holocaust was mostly "fiction."

The arrest has led to intense speculation about the impact it may have on Gibson's career.

"I can't remember an incident that is as jaw-droppingly grotesque for a career as this one," Hollywood media expert Michael Levine said on CBS News' The Early Show.

"I don't think I want to see any more Mel Gibson movies," Barbara Walters said Monday on the ABC talk show "The View."

Gibson, 50, won a best-director Oscar for 1995's "Braveheart," and starred in the "Lethal Weapon" and "Mad Max" films, among others.