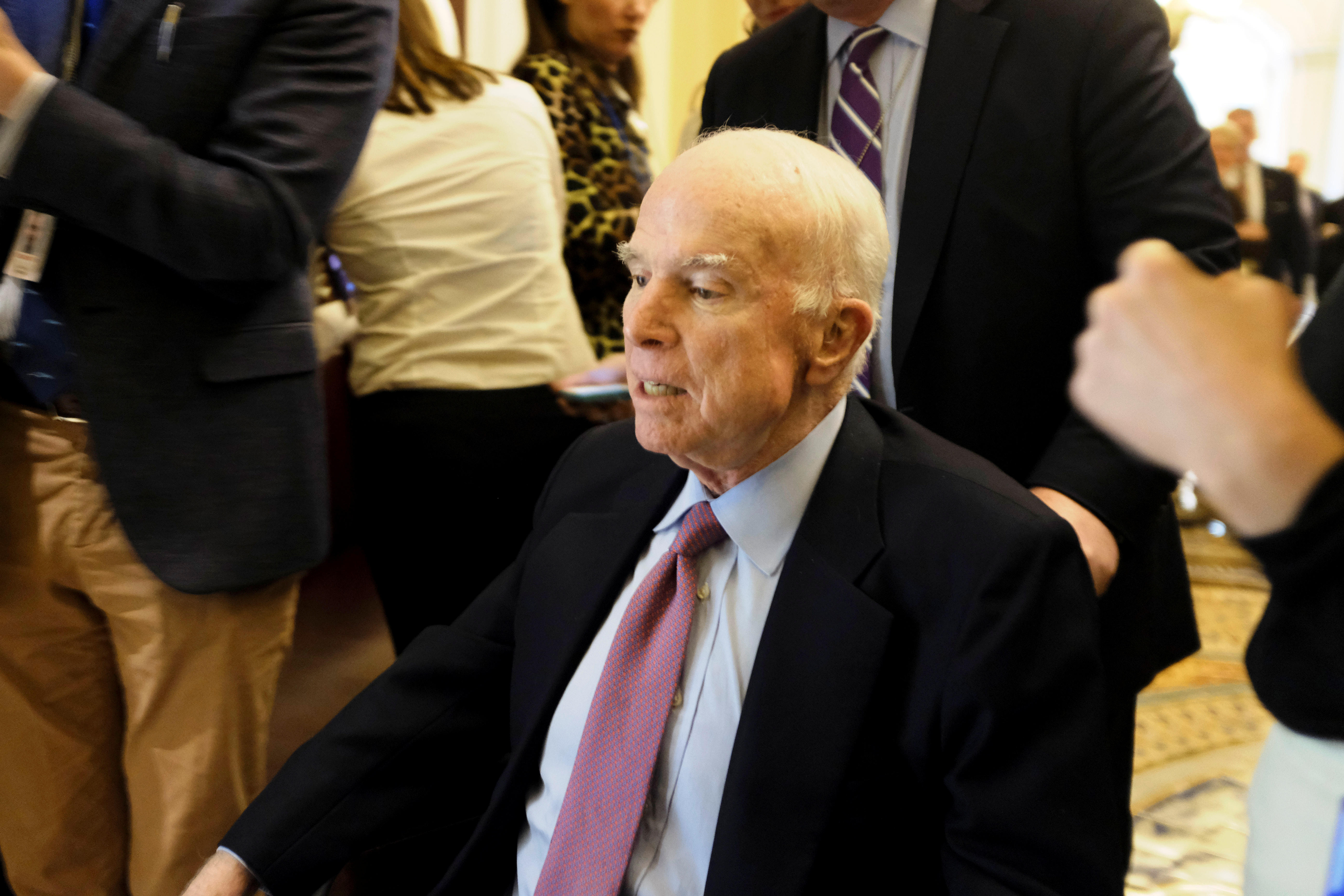 Sen. John McCain's daughter, one of the co-hosts on ABC's "The View," said on the show Tuesday that her father had to have "emergency surgery for complications" arising from his brain cancer. She added that he's "doing well...he is stable," and she said he's still hospitalized. Meghan McCain also acknowledged that she knew when she took the job that there would be moments when she'd have to talk about her father's condition in real time. "I had a really rough morning," she admitted, but called it a "privilege" to work on the show and said her father would be watching today.

The junior senator from Arizona, Jeff Flake, also a Republican, told reporters Tuesday that he spoke with John McCain's wife, Cindy, Monday night but hasn't spoken with McCain for a couple of weeks. He plans to visit him at his home in Sedona this weekend if he's well enough. Flake said that McCain has been monitoring what's been going on in Washington closely -- "when I visited him last," Flake said, "he had briefing books on his lap, and he was watching the news. He's very much informed about what's going on."

Cindy McCain tweeted Monday that her husband was "doing well after his surgery," adding, "Looking forward to getting back to Hidden Valley."

Senate pal and former Connecticut Sen. Joe Lieberman, an independent, also plans to visit McCain this weekend. In an interview with CNN, Lieberman said that "being a friend of John McCain is one of the great blessings of my life, honestly. You couldn't ask for more. We talk about once or twice a week." Lieberman also visited him last month.

Lieberman told CNN that "the actual cancer treatment is succeeding," but "he's hurting now from the treatment in other parts of his body."

McCain's office said Monday that he had undergone surgery at the Mayo Clinic to treat an intestinal infection related to diverticulitis over the weekend. He was diagnosed with a cancerous brain tumor in July 2017 following a procedure to remove a blood clot. He has remained in the Senate for the duration of his radiation and chemotherapy as part of his cancer treatment.

Alan He contributed to this report.