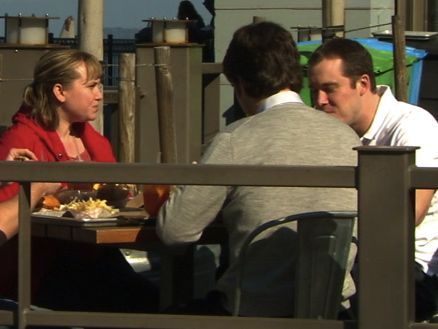 Scott Heiferman claims he is no "genius programmer," but he is the mad genius behind Meetup.com, the popular site that helps people who have shared interests plan meetings. Since its inception in 2001, more than 10 million people have signed up and formed over 90,000 local Meetup groups. While the site only recently became profitable by charging meeting planners monthly fees, Meetup.com and Heiferman are revered as Internet pioneers.

If early indicators can be trusted, Heiferman showed tech promise far before Meetup.com. As a 10 year old, he created game software for the Apple IIc portable computer. "That got rejected by every software publisher I sent it to... so that was the start," says Heiferman in this Founder Stories video. "I was always messing around with things" (meaning: technology and business models). His next entrepreneurial venture, a local ad business he started in high school, paid for a good portion of his college tuition at the University of Iowa.

After a stint at Sony in the 1990s, Heiferman started what he says was "the first ad agency online," i-traffic. Within a few years, he had grown the company to 100 employees, multiple offices and profitability. But something was missing from his life. Says Heiferman: "I realized early on that I hated the ad business...Getting people to click on banners. Is that all there is in the world?" Heiferman sold the company for an undisclosed sum in 1999 to Agency.com, right before the Internet bubble.

Since the sale of i-traffic was past history, we figured Heiferman would be ready to reveal his earnings from that. Here was what Heiferman had to say instead:

Laurel Touby: When you did the sale, were you made an offer you couldn't refuse or were you done with this?

Scott Heiferman: I was done, and it was the end of 1999, and anyone who had half a brain realized there was a bubble going on.... We sold it. The remnants of it are still a good business to Omnicom, so we sold something that was valuable to the buyer.

Touby: How much did you sell it for?

Heiferman: Honestly, I don't even know at the end. It was all kind of a big ole stock thing, that merged into a company called Agency.com, which went public. So, I don't know what the figure was.

Touby: In your bank account, what were the numbers?

Touby: Scott! We're a business show. I tell everyone my numbers....

Heiferman: Everyone in the company had stock. I was able to get a nice little Williamsburg apartment out of the deal and you know, life goes on.

Watch the video in the player above for more exciting exchanges with Heiferman.

"Air BNB is like the essence of the future," explains Heiferman. Watch this video to find out why:

It's been over a decade, is Meetup.com a comfortable "lifestyle" business, in which the founder runs it indefinitely -- or is it a high-growth company? What's next for Meetup.com? Heiferman explains his views on the future of the company here: