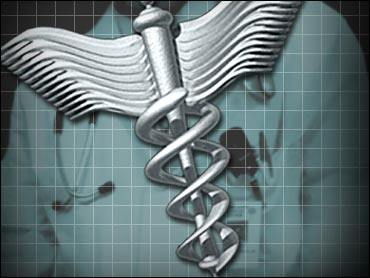 A medical center in Texas has issued a recall of body parts shipped to research facilities across the nation, warning that some may have carried infectious diseases, including HIV.

The University of Texas Medical Branch said Monday that the diseased body parts may have been shipped accidentally because of poor record keeping. Officials alerted about 60 research programs and issued a recall of parts shipped within an 18-month period.

"Unembalmed body parts shipped between November 2000 and May 2002 may not have been tested for hepatitis B, hepatitis C and HIV," spokeswoman Chris Comer said in Tuesday's Houston Chronicle.

It was not known Monday whether any researchers were exposed to or became infected with dangerous viruses, but officials urged that anyone involved in research with body parts shipped from the medical center's Willed Body Program during that period take precautions.

The concern arose after officials discovered that records in the program were so jumbled that they could not determine whether any of the parts had been tested for the viruses.

"We just don't have confidence in the completeness or accuracy of the records, so what we're doing is sending letters of notification to these medical research programs," Comer said.

The warning is the latest of several bizarre disclosures about the Willed Body Program that have emerged since early July, when officials said the FBI was investigating the possible illegal sale of body parts by a program employee who was fired on May 9.

In recent weeks, officials with the center also announced that the ashes of scores of body donors, whose families had expected to receive their cremated remains, instead were commingled.

The fiasco has been blamed on Allen Tyler Jr., who worked in the program for 36 years and supervised the handling of donated bodies from their arrival to their delivery to an on-campus crematorium.

Comer said Tyler's alleged faulty bookkeeping may be to blame for the latest problems as well.

Tyler, 56, of Galveston, has not been charged with any crime and has refused to comment on the case.

Officials said they began detecting discrepancies in Willed Body Program records as early as March. Because the program involves shipping bodies and body parts across state lines, they contacted federal officials and the FBI began investigating.