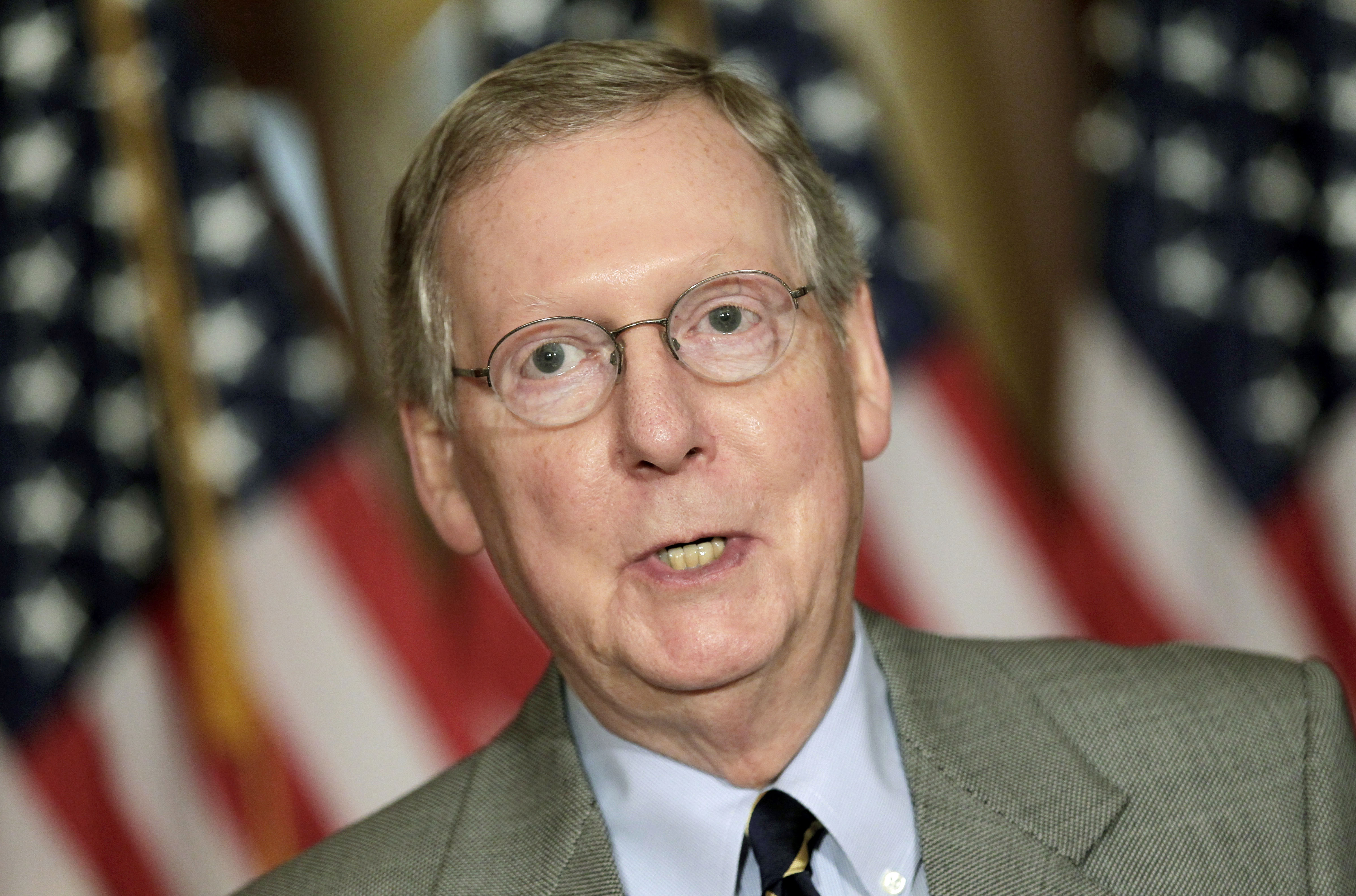 Republicans are keeping up the pressure on the Obama administration to walk back its new rule on birth control coverage, with Senate Republican leader Mitch McConnell warning today, "If they don't, Congress will act."

"Make no mistake: the Obama administration's decision to force religious hospitals, charities, and schools to comply with a mandate that violates their religious views is abhorrent to the foundational principles of our nation," McConnell said on the Senate floor.

The Obama administration is requiring employers to provide full health care coverage for contraception as part of its health care reforms. The rule exempts houses of worship like churches or synagogues, but other nonprofits with religious affiliations -- for instance, like a Catholic university -- will have to comply. Those institutions are being granted an extra year to comply with the rule.

Most Americans, including most Catholics, think employers should offer health insurance coverage that covers the cost of birth control, new surveys released Tuesday show. Still, leaders in the Catholic Church have objected to the new rule, and Republicans have seized on the issue to accuse Mr. Obama of infringing upon religious freedoms. The Republican presidential candidates have all weighed in on the matter, and Republicans in Congress have introduced legislation to repeal the rule.

McConnell today said Catholic hospitals and institutions have thrived "because they've been allowed to freely pursue their religious convictions in a country that, until now, respected their constitutional right to do so."

Democratic Sen. Barbara Boxer of California said she found the outcry over the new rule "astonishing," given the fact that 28 states already have such a rule in place. She and a handful of other Democrats defended the administration's new rule on the Senate floor after McConnell gave his remarks.

Boxer challenged the wisdom of opposing the rule given the public support for it, saying, "If my [GOP] colleagues decide they're going to take this issue on... I say we're ready."

"This is the 21st century," Boxer said. "Wake up. Women ought to be trusted and respected."

On the House side, more than 150 anti-abortion rights congressmen sent a letter to Health and Human Services Secretary Kathleen Sebelius, urging her to reverse the decision.

David Axelrod, a senior strategist for Mr. Obama's 2012 campaign, said on MSNBC on Tuesday morning, "We're going to look for a way to move forward that both provides women with the preventive care that they need and respects the prerogatives of religious institutions."

But when questioned about the rule in a White House briefing today, spokesman Jay Carney said unequivocally that the rule will not be reconsidered.

"The President is committed to making sure that all women have access to these important preventive services," he said. "But I think it is important to remember what was clearly stated when this policy decision was announced and that is that we will be working with those organizations and individuals who have concerns about the implementation of this rule."