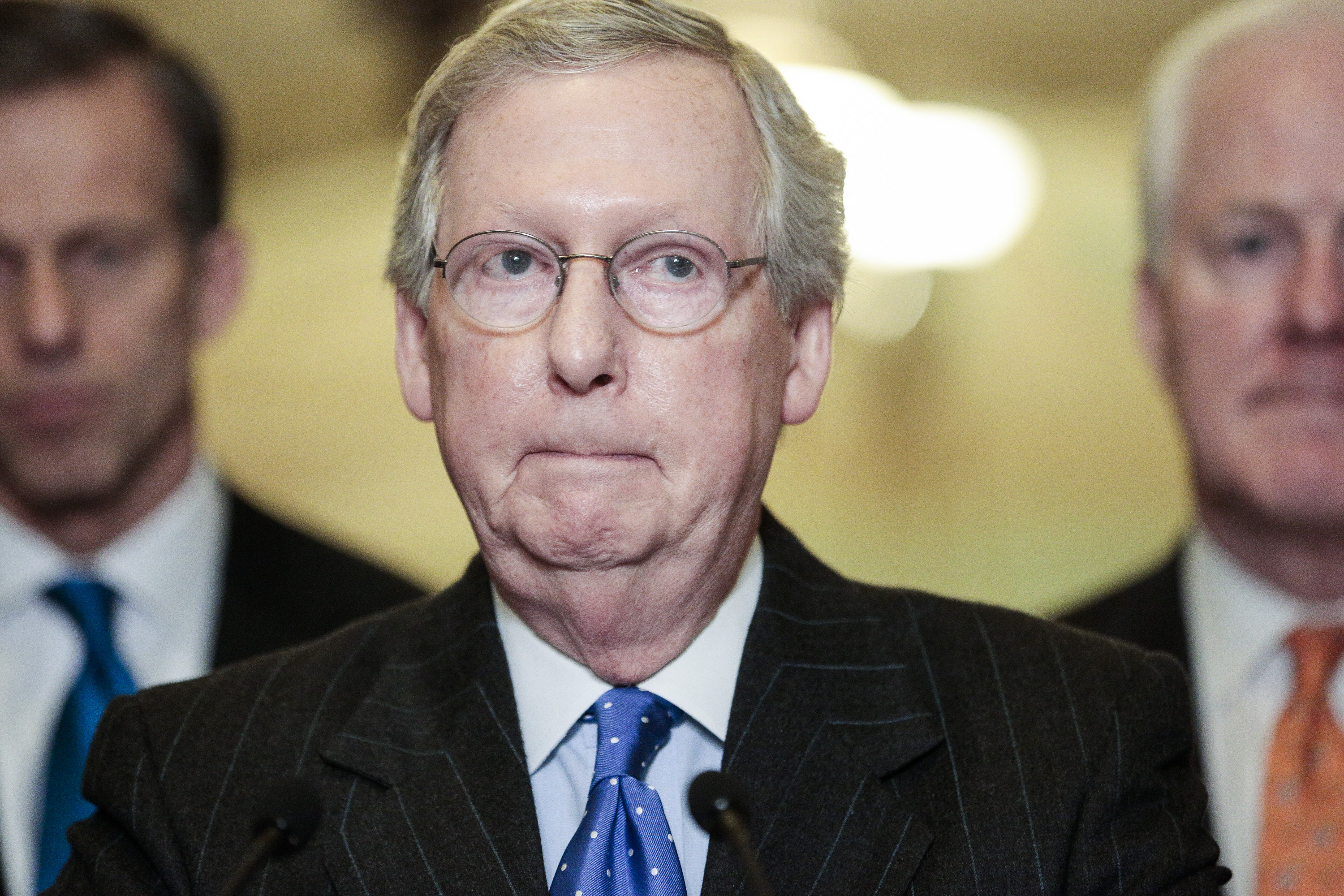 As U.S. officials prepare to file charges against a government contractor who claims to have leaked top-secret national security information to the public, the Senate's top Republican, Sen. Mitch McConnell, R-Ky., is calling for the man's prosecution, arguing that while he can understand people have concerns about privacy, "what's difficult to understand is the motivation of someone who would intentionally seek to warn our nation's enemies of the lawful programs created to protect the American people."

"I hope that he is prosecuted to the full extent of the law," McConnell said, speaking to reporters on Tuesday, apparently referencing the man, 29-year-old Edward Snowden.

Snowden outed himself this Sunday as the source of a series of leaks to the Guardian about classified U.S. surveillance programs. According to the Guardian, Snowden fled to Hong Kong in anticipation of the leaks, and his whereabouts are now not widely known. Response to Snowden's actions have been mixed - even within political parties - but McConnell stressed that Congress has been in the loop about the programs and has exercised oversight over them.

"In response to the leaks of sensitive classified information, the director of national intelligence has declassified a good deal of information to the public to explain the programs in question," he said Tuesday. "What is clear from this information released by the DNI is that each of these programs is authorized by law, overseen by Congress and the courts and subject to ongoing and rigorous oversight."

Senate Majority Leader Harry Reid, D-Nev., told reporters that while he would consider any legislation governing these programs if they are put forth, but he dismissed the notion that some lawmakers were denied information about the programs.

"For senators to complain that, 'I didn't know this was happening' - we've had many, many meetings that have been both classified and unclassified that members have been invited to," he said. "They've had every opportunity to be aware" of the programs.