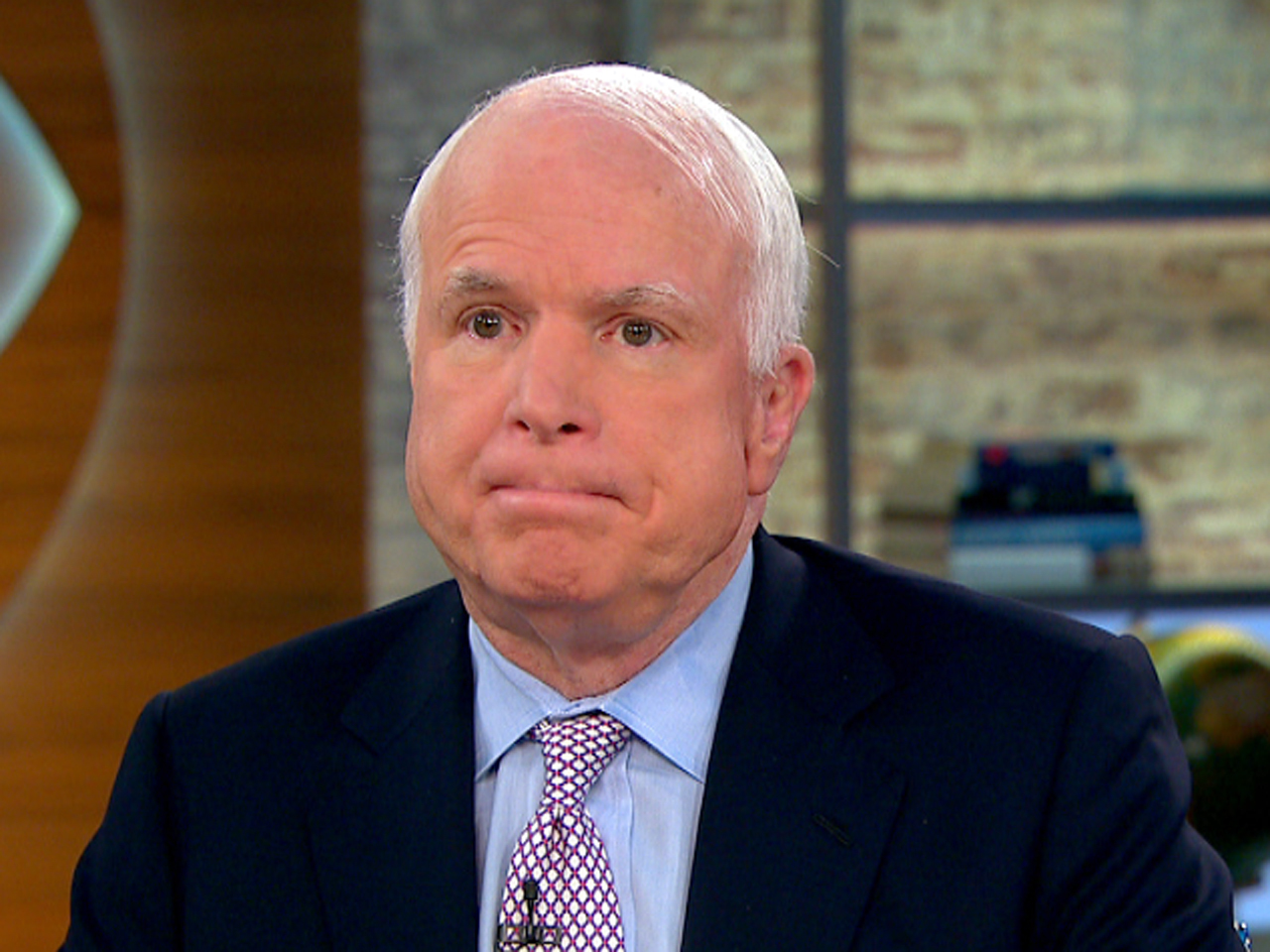 (CBS News) Senator John McCain, R-Ariz., made a secret visit to Syria last week and said Sunday that Syrian President Bashar al-Assad has gained the "upper hand" in the conflict due in part to military aid from Russia and Hezbollah.

One week after his visit to the civil war-torn country, McCain said the conflict is a "destabilizing" force for "all other countries in the region."

"Jordan cannot last under this present scenario. Fighting has started in Lebanon. This thing could spread and engulf the entire Middle East in a civil war, a regional conflict," the senator insisted.

McCain insists he is not pushing for an on-the-ground U.S. military presence but called for a no-fly zone the supply of artillery to bolster the rebels in their fight against government forces.

"I'd like to see a no-fly zone, cruise missiles and no boots on the ground," McCain said, "The Israelis have just shown they're able to take out selective targets. We need to give them the weapons they need. They've got lots of light weapons, they don't have anything that takes care of tanks and aircraft. And, it's shameful.

Government forces are "gaining the upper hand thanks to thousands of Hezbollah that are in there. The Russians are supplying arms and announcing that they're going to supply more. The Iranians who are all in -- the Revolutionary Guard is on the ground," McCain said.

McCain also touched on the ongoing scandals involving the IRS, Benghazi and seizure of journalists phone records, emphasizing that while "we should let these investigations take their course [and] let the facts come up ... the president's credibility obviously is at stake here."

President Obama, McCain said, "should be thinking about how to get these issues behind him. We've got a lot of things facing the country that he needs to lead on."