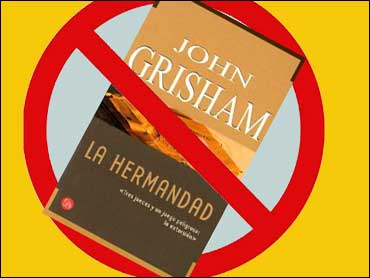 Though he told a high-ranking GOP official "I would serve" if asked to be George W. Bush's running mate, an adviser to John McCain said Friday the Arizona senator doesn't want the job.

McCain, who came out on the losing end of a bitter primary battle with Bush, made the comment to Pennsylvania Gov. Tom Ridge in a telephone conversation this week.

But John Weaver, one of McCain's top political advisers, said Friday, "Hopefully, the governor is taking John at his word that he doesn't want to be asked."

McCain took himself out of the running in May, a move privately welcomed by Bush after their campaign struggle. Sources close to Bush said this week they would be stunned if their boss turned to the maverick senator.

But McCain's name again made the rounds again after:

He and Ridge talked by telephone Tuesday, and the governor urged McCain to accept a spot on the ticket if offered. McCain said he didn't want the job, but told Ridge that if Bush asked he would accept the job.

Rep. Tom Davis, R-Va., head of the House GOP campaign committee, urged the Arizona senator be given consideration in a phone call earlier this week with Bush advisor, Dick Cheney.

The Arizona senator declined to talk about his conversation with Ridge, but said he doesn't expect to be picked. "It's a hypothetical because I don't believe I'm in the process. But if governor Bush called I'd certainly like to talk to him about the weather and how things are going and how good a campaign he's running."

The McCain-Ridge conversation is notable for another reason: It reflects the belief among GOP officials that Ridge has fallen out of contention. Though he comes from a key state, his pro-abortion rights has always been a major handicap in a party that is staunchly anti-abortion.

© 2000 CBS Worldwide Inc. All Rights Reserved. This material may not be published, broadcast, rewritten, or redistributed. The Associated Press and Reuters Limited and contributed to this report