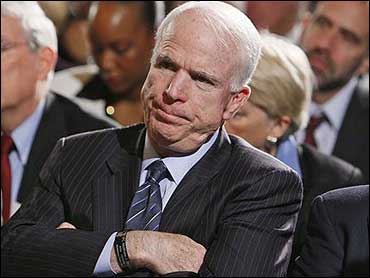 Arizona Sen. John McCain is launching a new television ad attacking his primary challenger as a "huckster" for his role as pitchman for a Florida company.

In the infomercial, Hayworth urges viewers to attend a free seminar run by National Grants Conferences that offered to help people get free government money. Critics say the company used high-pressure sales tactics to persuade people to pay for information that is free online or at a library.

Hayworth's campaign spokesman has said he was unaware of the company's history when he agreed to make the infomercial.