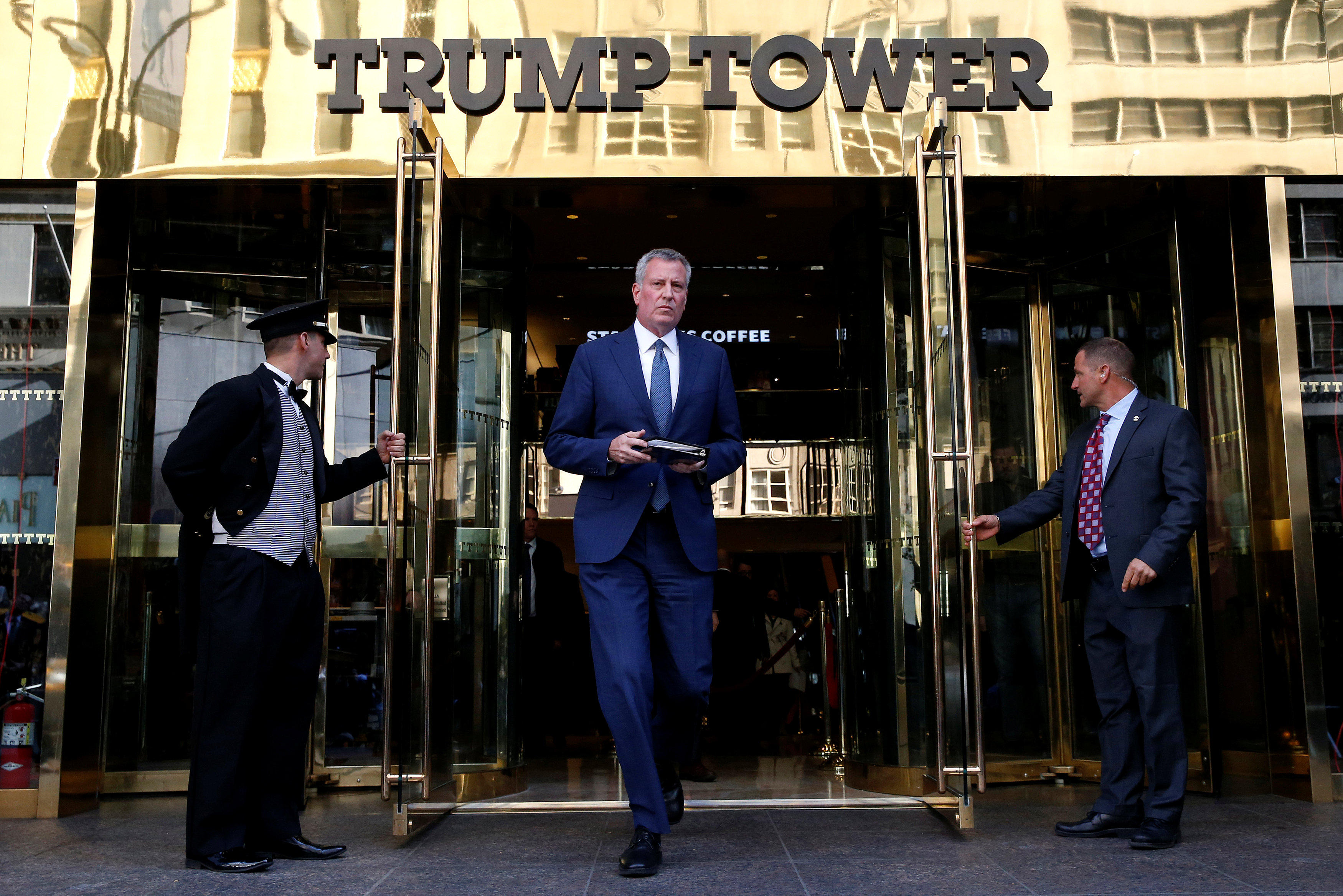 NEW YORK - Reports of hate crimes have spiked by 35 percent in New York City and the city’s mayor says he believes heated rhetoric by President-elect Donald Trump is a factor.

His statements reflect the views of many experts nationwide, as reports of hate crimes and harassment against minorities are up everywhere since Election Day.

At a news conference Monday, Mayor Bill de Blasio spoke about allegations that an off-duty Muslim police officer was threatened by a man who told her to “go back to her country.”

Asked if he thought Trump was to blame for an increase in similar incidents, the mayor said “It’s obviously more complicated than that. It is not linear.”

But he accused Trump of using “hate speech” and saying “horrible things” about Muslims.

Also on Monday, officials said a New York City transit worker who is Muslim was pushed down the stairs at Grand Central Terminal by a man who called her a terrorist.

Trump has denied that his proposals on immigration and restrictions on Muslims entering the U.S. amounted to hate speech. In an interview with “60 Minutes,” Mr. Trump told people who were committing violence in his name to “stop it.”

Mr. Trump is living in New York City until Inauguration Day. De Blasio recently requested the federal government reimburse the city for the cost of security for the president-elect.