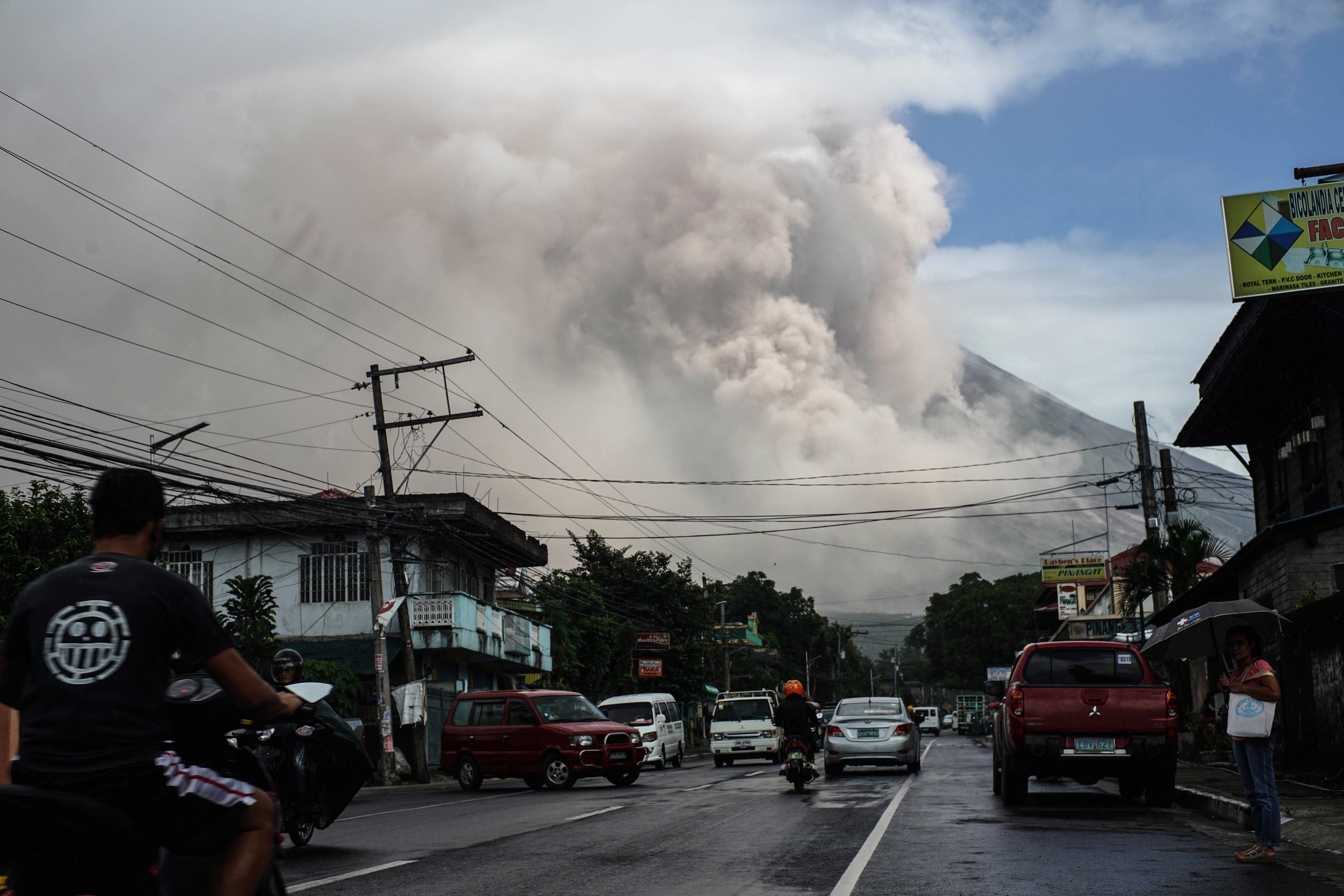 MANILA, Philippines -- The Philippines' most active volcano exploded thunderously Monday, sending a huge gray column of lava fragments, ash and steam into the sky and prompting authorities to warn that a violent eruption may be imminent.

The noontime explosion sent superheated lava, molten rocks and steam cascading down Mount Mayon's slopes and shrouded nearby villages in darkness, said Renato Solidum of the Philippine Institute of Seismology and Volcanology and other officials.

Authorities raised the alert level to four on a scale of five, which means an explosive eruption is possible within hours or days. A danger zone around Mayon was expanded to 5 miles from the crater.

"If the eruption is vertical, it's possible pyroclastic flows or pyroclastic density currents may cascade down in all directions," Solidum told a news conference, warning villagers and tourists not to venture into the no-go zones and airplanes to stay safely away from the crater and ash-laden winds.

More than 27,000 villagers have fled since Mayon started acting up more than a week ago.

Mayon is in coconut-growing Albay province, about 210 miles southeast of Manila. With its near-perfect cone, it is popular with climbers and tourists but has erupted about 50 times in the last 500 years, sometimes violently.

In 2013, an ash eruption killed five climbers who had ventured near the summit despite warnings. Mayon's first recorded eruption was in 1616 and the most destructive, in 1814, killed 1,200 people and buried the town of Cagsawa in volcanic mud.

The Philippines lies in the so-called "Ring of Fire," a line of seismic faults surrounding the Pacific Ocean where earthquakes and volcanic activity are common.

In 1991, Mount Pinatubo in the northern Philippines exploded in one of the biggest volcanic eruptions of the 20th century, killing about 800 people.