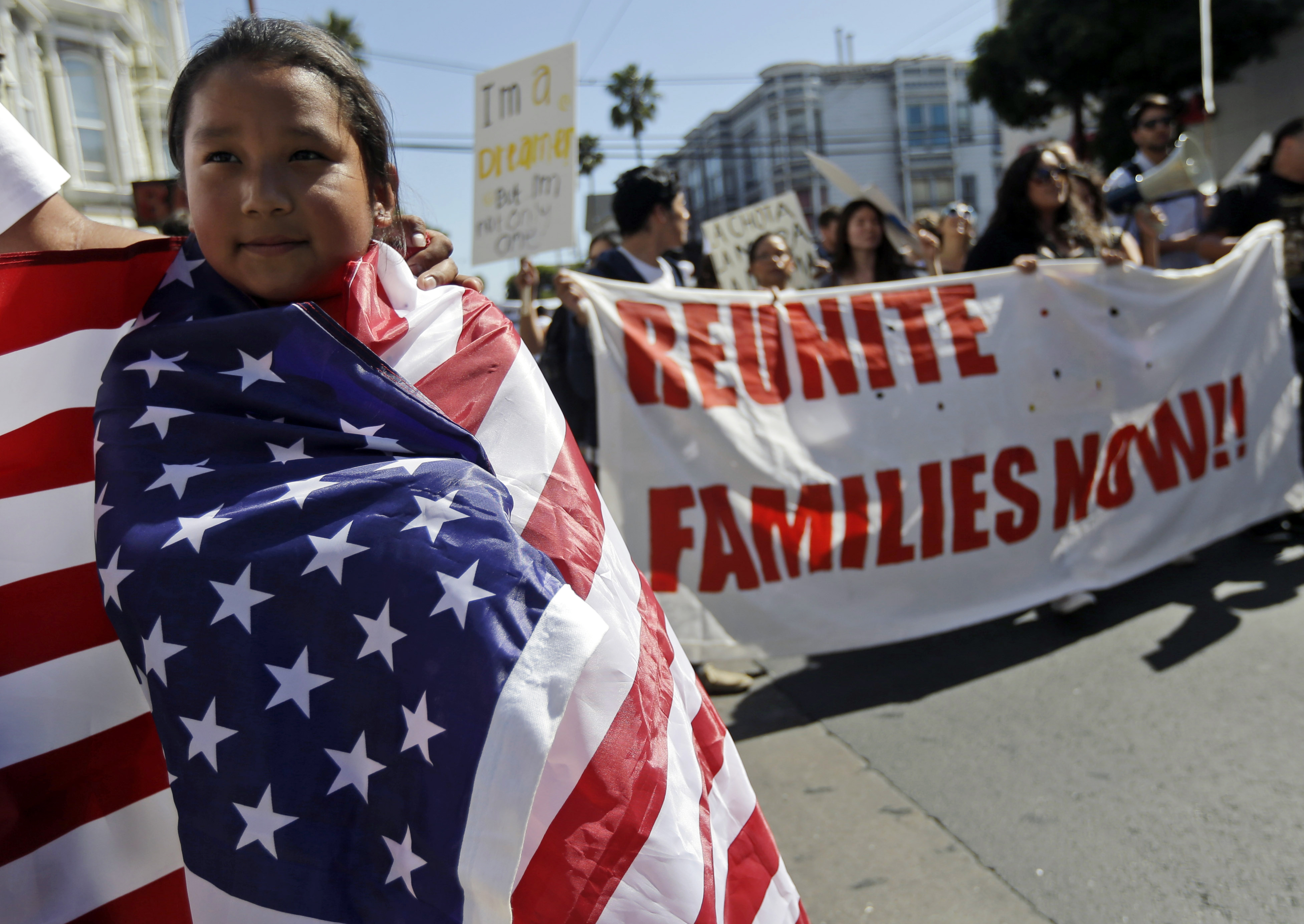 Demonstrators demanded an overhaul of immigration laws Wednesday in the annual, nationwide ritual that carried a special sense of urgency as Congress considers sweeping legislation that would bring many of the estimated 11 million people living in the U.S. illegally out of the shadows.

Thousands joined May Day rallies in dozens of cities from Concord, N.H., to Bozeman, Mont. In Salem, Ore., Gov. John Kitzhaber was cheered by about 2,000 people on the Capitol steps as he signed a bill to allow people living in Oregon without proof of legal status to obtain drivers licenses.

In Seattle, violence broke out after a peaceful immigrant-rights march ended. Police used "flash bangs" and pepper spray against some protesters who pelted them with rocks and bottles late Wednesday. There were 13 arrests.

In Vermont, more than 1,000 people assembled on the Montpelier Statehouse lawn. And in New York, thousands of demonstrators marched in downtown Manhattan waving banners and banging on drums in a scene reminiscent of Occupy Wall Street's heyday.

The May Day crowds were lively but paled in comparison to the massive demonstrations of 2006 and 2007, during the last serious attempt to introduce major changes to the U.S. immigration system. Despite the large turnouts six years ago, many advocates of looser immigration laws felt they were outmaneuvered by opponents who flooded congressional offices with phone calls and faxes at the behest of conservative talk-radio hosts.

Now, immigrant advocacy groups are focusing heavily on contacting members of Congress, using social media and other technology to target specific lawmakers. Reform Immigration for America, a network of groups, claims more than 1.2 million subscribers, including recipients of text messages and Facebook followers.

Many of Wednesday's rallies featured speakers with a personal stake in the debate. Naykary Silva, a 26-year-old Mexican woman in the country illegally, joined about 200 people who marched in Denver's spring snow, hoping for legislation that would ensure medical care for her 3-year-old autistic son.

"If you want to do something, you do it no matter what," Silva said. "There's still more work to do."

Police in New York restrained several demonstrators, but the marches were peaceful.

Gabriel Villalobos, a Spanish-language talk radio host in Phoenix, said many of his callers believe it is the wrong time for marches, fearful that that any unrest could sour public opinion. Those callers advocate instead for a low-key approach of calling members of Congress.

"The mood is much calmer," said Villalobos, who thinks the marches are still an important show of political force.

In Los Angeles, a band playing salsa classics from the back of a truck led a march up Broadway. Demonstrators waved American flags and signs with messages such as "Stop deportations."

"I've held the same job for six years, but I don't have papers," said Mario Vasquez, a supermarket butcher who brought his two Chihuahuas. "Immigration reform would help me and my family and for everybody here."

"We need to seize that opportunity," said the Illinois Democrat, who is part of a bipartisan group of eight senators who introduced the legislation last month.

May Day rallies began in the United States in 2000 during a labor dispute with a restaurant in Los Angeles that drew several hundred demonstrators, said Angelica Salas, executive director of the Coalition for Humane Immigrant Rights of Los Angeles. Crowds grew each year until the House of Representatives passed a tough bill against illegal immigration, sparking a wave of enormous, angry protests from coast to coast in 2006.

The rallies, which coincide with Labor Day in many countries outside the U.S., often have big showings from labor leaders and elected officials.

Demonstrators marched in countries around the world, with fury in Europe over austerity measures and rage in Asia over relentlessly low pay, the rising cost of living and hideous working conditions that have left hundreds dead in recent months alone.

The New York crowd was a varied bunch of labor groups, immigrant activists and demonstrators unaffiliated with any specific cause. Among them was 26-year-old Becky Wartell, who was carrying a tall puppet of the Statue of Liberty.

"Every May Day, more groups that have historically considered themselves separate from one another come together," she said.

In Brea, a Los Angeles suburb, a small group opposed to the legislation stood on a freeway bridge waving signs at motorists. One read, "No Amnesty."