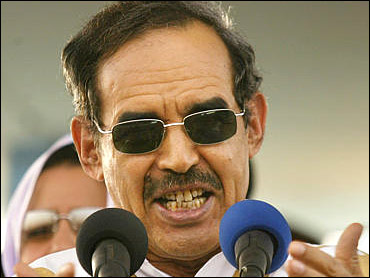 Military installations in the Arab-dominated desert nation were put on alert nationwide, the same sources said.

Normal patrols had stopped in the capital, Nouakchott.

"They were hoping to carry out their plan, but it was derailed at the last moment," said one military source, speaking, like the others, on condition of anonymity.

There was no other detail on the exact numbers allegedly arrested.

Government officials did not immediately respond Monday to calls for comment.

Taya has held power since December 1984. He withstood a June 2003 coup attempt that triggered days of fighting in the capital.

Mauritania is overwhelmingly Islamic, and straddles Arab and African worlds on the edge of the Sahara. The country has drawn increased interest internationally with oil exploration offshore.