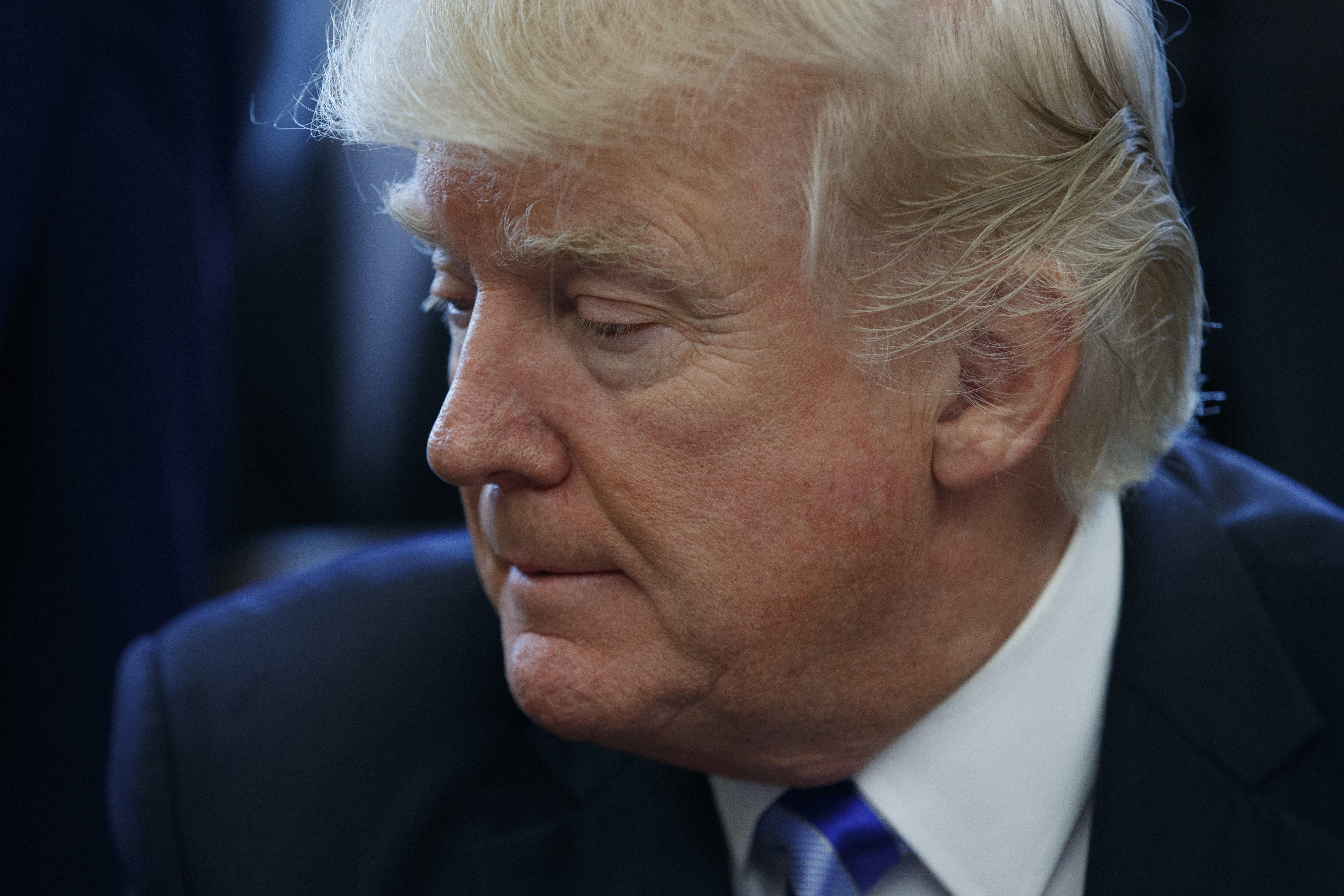 As he considers military options against Syria, President Trump is blaming the chemical attack in Syria squarely on Syrian President Bashar al-Assad, saying, “I think what Assad did is terrible.”

Travelling on Air Force One to Florida, where he is meeting with Chinese President Xi Jinping, Mr. Trump told reporters the attack “shouldn’t have happened” and “shouldn’t be allowed to happen.” Asked directly whether Assad should leave power, the president said, “I think what happened in Syria is a disgrace to humanity. He’s there and I guess he’s running things, so something should happen.”

He called the attack that resulted in the death of at least 72 people “one of the truly egregious crimes.” Mr. Trump denied reports that he had told any members of Congress that he planned to use military action in Syria.

Mr. Trump was briefed by Defense Secretary James Mattis in Florida on some options, one of which would be cruise missile strikes from U.S. Navy ships. There are two Navy destroyers in the eastern Mediterranean with cruise missiles, the U.S.S. Ross and the U.S.S. Porter. Options for targets include command and control headquarters, suspected chemical weapons facilities and Syrian military forces, according to Martin.

At a news conference Wednesday, Mr. Trump called the chemical attack in Syria a “horrible, horrible thing” that “crossed a lot of lines for me.” He also acknowledged, “It is now my responsibility,” though he did not indicate what actions he would consider.

Sen. John McCain, R-Arizona, the chairman of the Senate Armed Services Committee, said Thursday that Mr. Trump spoke to him by phone and said he was going to consult with Mattis and National Security Adviser General H.R. McMaster about the options and make a decision.

“It’s my understanding he’s consulting seriously with General Mattis and General McMaster and I believe they will provide him with excellent recommendation,” McCain said. “I do not know what that recommendation will be.”

McCain said he and Sen. Lindsey Graham, R-South Carolina, have “strongly recommended” that the U.S. ground the Syrian Air Force.

“Don’t let those planes fly that are committing war crimes by dropping nerve gas against innocent men and women and children,” he said. “And the great failure of the Obama administration was saying they were going to do something about it and didn’t.”

“When the United Nations consistently fails in its duty to act collectively, there are times in the life of states that we are compelled to take our own action,” Haley said. “For the sake of the victims, I hope the rest of the council is finally willing to do the same.”  She called the attack “a new low, even for the barbaric Assad regime” and went on to say that “Russia cannot escape responsibility.”

Turkish officials announced Thursday that autopsy results on the victims of the attack confirmed that a “chemical weapon was used” and later indicated that it had likely been carried out with the deadly nerve agent Sarin.

President Obama had considered launching a military strike against the Assad regime in August 2013 and then decided to try and seek congressional support to take such action. Before the vote could even take place, however, the Russian government stepped in and helped negotiate an agreement that was intended to remove chemical weapons from Syria, averting the U.S. strike.

CBS News’ Rebecca Shabad and Alan He contributed to this report.