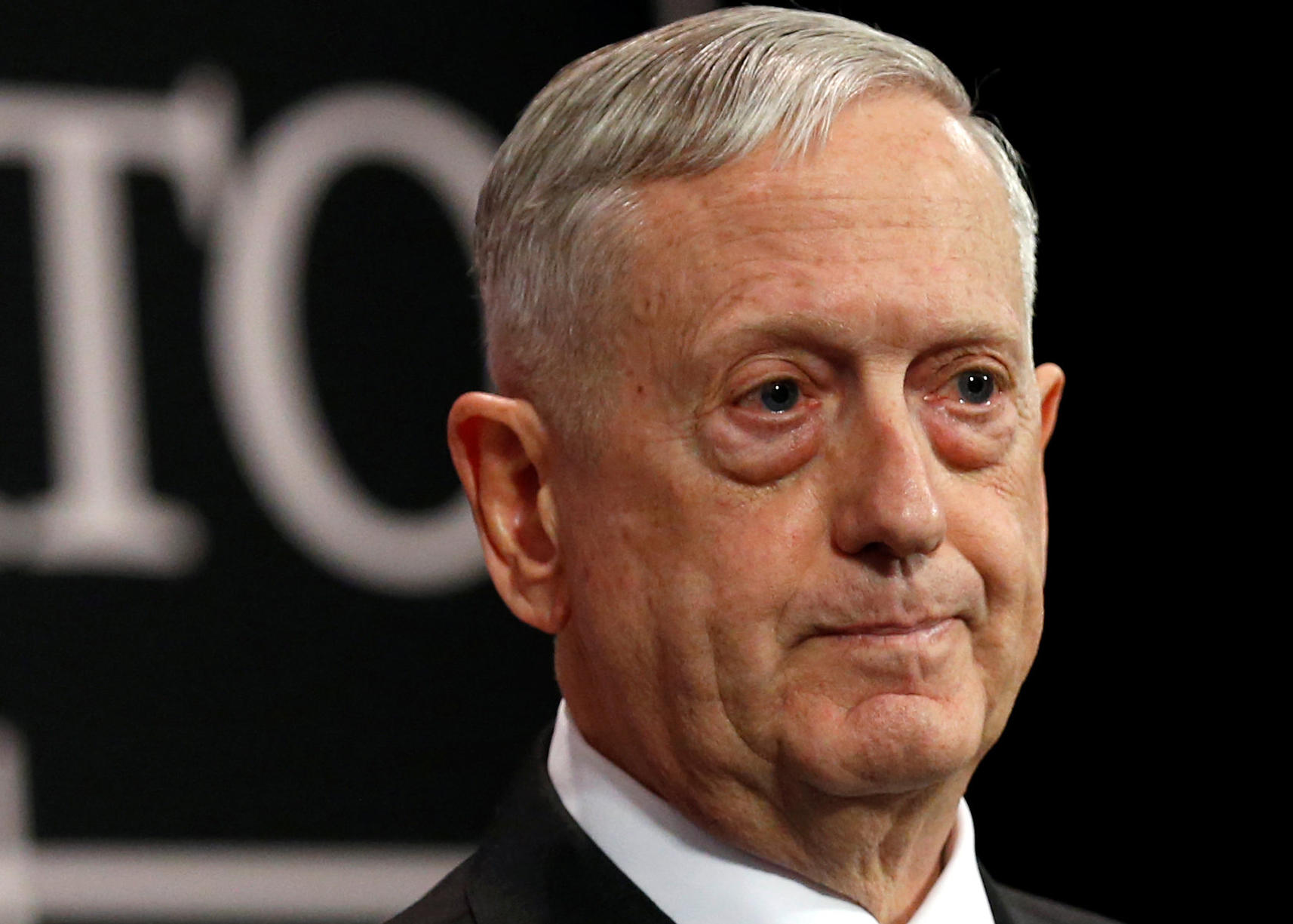 Hours after North Korea's latest nuclear provocation, U.S. Defense Secretary James Mattis said that any threat to the U.S. "will be met with a massive military response."

"Any threat to the United States or its territories, including Guam or our allies, will be met with a massive military response -- a response both effective and overwhelming," Mattis said.

Mattis said that all members of the U.N. Security Council "unanimously agreed on the threat North Korea poses" and remain committed to the denuclearization of the Korean Peninsula.

While he said America does not seek the "total annihilation" of the North, he added, "We have many options to do so."

Mattis, who did not take questions from reporters, said he had attended a "small group" national security meeting with President Trump and others. He said the president wanted to be briefed on each of what Mattis called "many military options" for action against North Korea.

"We made clear that we have the ability to defend ourselves and our allies, South Korea and Japan, from any attacks, and our commitments among the allies are ironclad," he said.

"The United States is considering, in addition to other options, stopping all trade with any country doing business with North Korea," he also tweeted.

North Korea claimed "perfect success" Sunday in an underground test of what it called a hydrogen bomb -- potentially vastly more destructive than an atomic bomb. It was the North's sixth nuclear test since 2006, but the first since Mr. Trump took office in January.

Mr. Trump, asked by a reporter during a trip to church services if he would attack the North, said: "We'll see."

No U.S. military action appeared imminent, and the immediate focus appeared to be on ratcheting up economic penalties, which have had little effect thus far. Members of Congress expressed alarm at the North's test and emphasized strengthening U.S. missile defenses. Leaders in Russia, China and Europe issued condemnations.

The precise strength of the underground nuclear explosion had yet to be determined. South Korea's weather agency said the artificial earthquake caused by the explosion was five times to six times stronger than tremors generated by the North's previous five tests.

North Korea's state-run television broadcast a special bulletin to announce the test, and said Kim attended a meeting of the ruling party's presidium and signed the go-ahead order. Earlier, the party's newspaper published photos of Kim examining what it said was a nuclear warhead being fitted onto an intercontinental ballistic missile.

Sunday's detonation builds on recent North Korean advances that include test launches in July of two ICBMs that are believed to be capable of reaching the mainland U.S. The North says its missile development is part of a defensive effort to build a viable nuclear deterrent that can target U.S. cities.

The Arms Control Association said the explosion appeared to produce a yield in excess of 100 kilotons of TNT equivalent, which it said strongly suggests the North tested a high-yield but compact nuclear weapon that could be launched on a missile of intermediate or intercontinental range.

Hans Kristensen, a nuclear weapons expert at the Federation of American Scientists, said the North probably will need to do more tests before achieving a functioning hydrogen bomb design.

Beyond the science of the blast, North Korea's accelerating push to field a nuclear weapon that can target all of the United States is creating political complications for the U.S. as it seeks to balance resolve with reassurance to allies that Washington will uphold its decadeslong commitment to deter nuclear attack on South Korea and Japan.

That is why some questioned Trump's jab Sunday at South Korea. He tweeted that Seoul is finding that its "talk of appeasement" will not work. The North Koreans, he added, "only understand one thing," implying military force might be required. The U.S. has about 28,000 troops stationed in South Korea and is obliged by treaty to defend it in the event of war.

Patrick Cronin, an Asia expert with the Center for a New American Security, said Mr. Trump's comment on South Korea was probably "intended to stiffen the spine of an ally." He said he agreed with the intention.

"I think Washington is very serious about showing some unexpected resolve," he said. "We need our ally and we need to remain ironclad. But at the same time, we can't afford South Korea to go weak in facing down this growing danger."

Trump also suggested putting more pressure on China, the North's patron for many decades and a vital U.S. trading partner, in hopes of persuading Beijing to exert more effective leverage on its neighbor. Trump tweeted that the U.S. is considering "stopping all trade with any country doing business with North Korea." Such a halt would be radical. The U.S. imports about $40 billion in goods a month from China, North Korea's main commercial partner.

Secretary of State Rex Tillerson was calling counterparts in Asia, and Trump's treasury secretary, Steven Mnuchin, said he was putting together proposed new sanctions for Trump to consider that would seek to cut off trade with North Korea.

China's official Xinhua News Agency said President Xi Jinping and Russian leader Vladimir Putin, meeting on the sidelines of a Beijing-led economic summit, agreed "to adhere to the goal of the denuclearization of the Korean Peninsula, have close communication and coordination and properly respond" to the test.

Experts have questioned whether the North has gone too far down the nuclear road to continue pushing for a denuclearization of the Korean Peninsula, an Obama administration policy goal still embraced by Trump's White House.

"Denuclearization is not a viable U.S. policy goal," said Richard Fontaine, president of the Center for a New American Security, but neither should the U.S. accept North Korea as a nuclear power. "We should keep denuclearization as a long-term aspiration, but recognize privately that it's unachievable anytime soon."