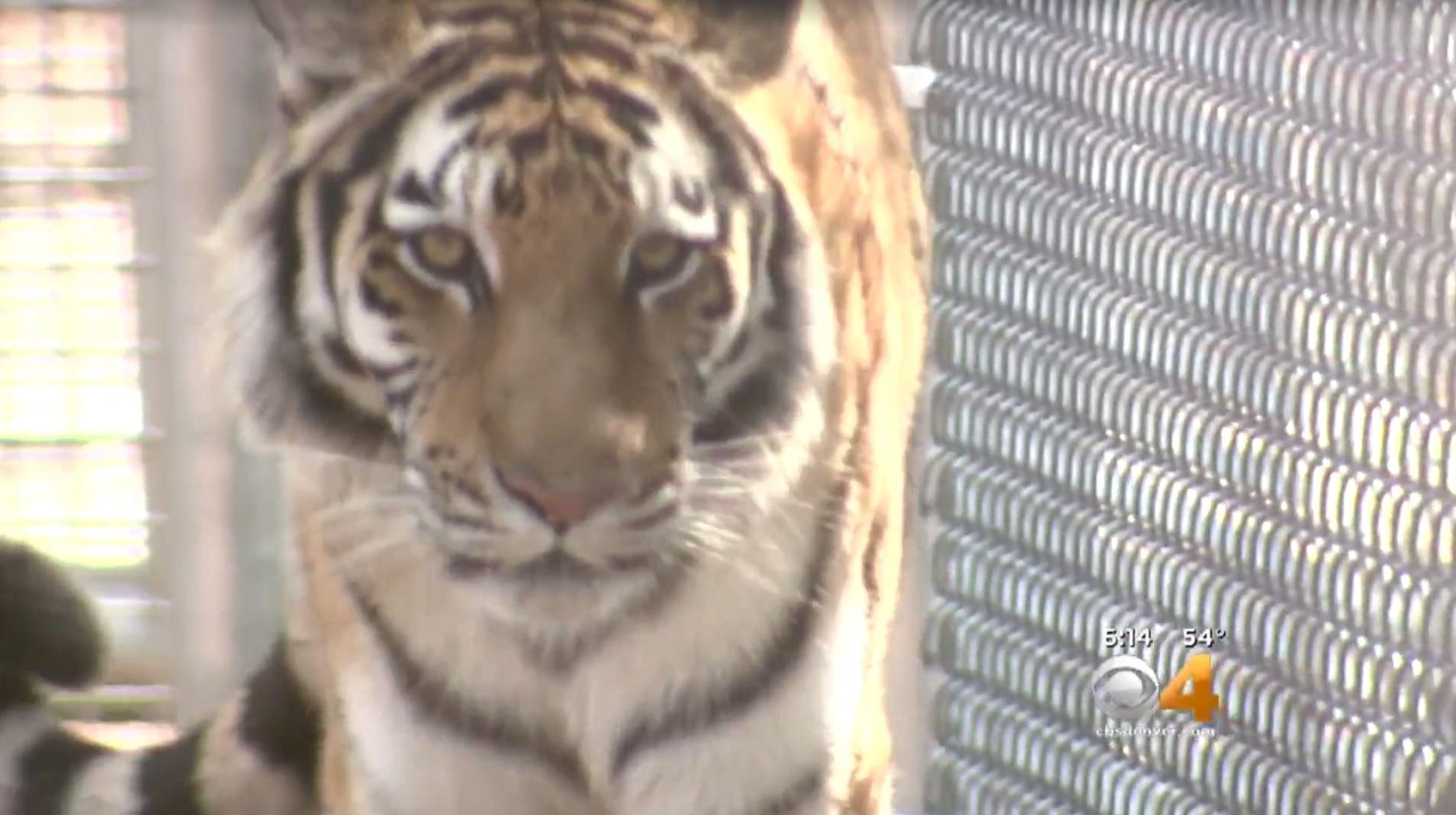 DENVER -- Visitors to the Denver Zoo had plenty to say after 34-year-old Matthew Swearingen touched a tiger at a new exhibit, reports CBS Denver.

“I think they should have fed him to the tigers,” said Paula Gurnsey.

The $2 million exhibit is designed to give visitors up-close interaction with the big cats.

Police say on March 18 Swearingen leapt onto a railing and then jumped up and touched a sleeping tiger through an opening in an overhead catwalk area.

“We don’t believe either were ever in any danger. It was just an illegal activity we don’t condone here at the zoo,” security manager Clint Herrick told CBS Denver.

Herrick says the Tennessee man bragged about his exploits.

“He was going up to people and telling them what he had done. He was pretty proud,” said Herrick.

Security guards detained Swearingen. Denver police removed him from the zoo and cited him for criminal trespassing.

Herrick says the tiger and the man were not hurt, but the act has already lead to changes at the exhibit.

“We are looking at doing some changes to make it so it would be more difficult. Visibility and other things are secondary to safety here at the zoo,” he said.

New barriers and signs will be added to discourage future jumpers, all because of a careless act that even children say could have had a tragic ending.

“If you touch him he can bite you,” said 5-year-old Heath Rittinger.

The Denver Zoo is working with the city council to try and make the punishment greater for future offenders.

Swearingen will be due in court in the next few weeks.

On March 18, a man climbed a public barrier fence, from the public pathway, of Denver Zoo’s new tiger exhibit, The Edge, and jumped to touch a sleeping tiger in the overhead catwalk. The individual never accessed the exhibit and neither he, nor the tiger, were harmed. The individual was removed by the Denver Police Department and charged with trespassing.

The safety of Denver Zoo’s guests, animals and staff is our top priority and we take these matters very seriously. Clearly identifiable barriers, including signage and fencing, are in place throughout the Zoo and our safety officers are onsite 24 hours a day. In light of this incident, Denver Zoo is currently evaluating this area to determine if anything additional needs to be done to discourage this illegal behavior from happening again.

Trespassing into an exhibit area is a punishable crime under Denver City ordinance and law enforcement is contacted immediately should it occur.