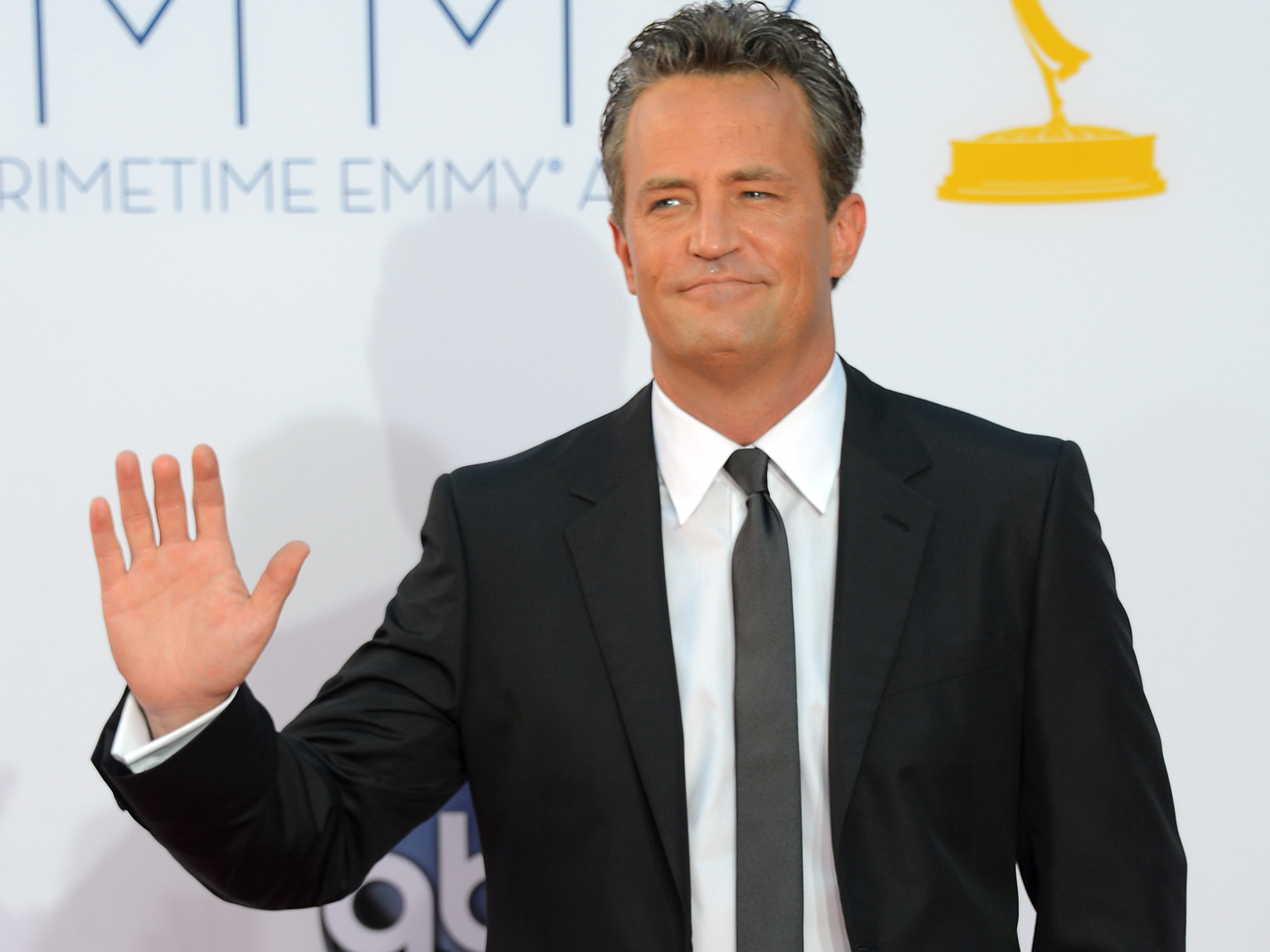 He may have been on top, career-wise, but Matthew Perry reveals that he hid his drug and alcohol addiction as best he could while filming his hit show "Friends."

"I think I was pretty good at hiding it, you know, but, eventually people were aware," Perry, 43, tells ABC News of masking his addiction from co-stars Jennifer Aniston, Courteney Cox, David Schwimmer, Matt LeBlanc and Lisa Kudrow.

Perry adds that it was such a hard time that he has trouble even looking at photos of himself from that era. "I honestly recoil. It's scary to look at that. I was a sick guy." (Click here to see interview.)

The actor did a 28-day program in 1997 for a Vicodin addiction, and entered rehab again in 2001 for an addiction to Vicodin and methadone, as well as amphetamines and alcohol. "If you're thrown from treatment to the outside world, sometimes it's too bumpy," he said.

The funnyman, of course, threw a joke into his interview. When speaking about receiving an award from the White House for his efforts to help those struggling with addiction, saying, "[it's] a very surreal thing, we're award-winning alcoholics."