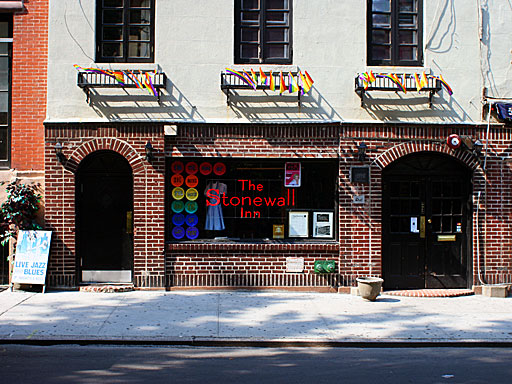 (CBS) - A Staten Island man who pleaded guilty earlier this month to felony hate crimes related to the October 2010 attack on Benjamin Carver at a historic West Village gay bar, was sentenced to two years in jail Tuesday.

Matthew Francis, 21, was arrested last year, along with 18-year-old Christopher Orlando, after a brutal attack that took place in the men's room of the Stonewall Inn: a bar that became a touchstone of the gay rights movement in the 70s after a clash between the NYPD and patrons led to protests which touched off the gay rights movement.

According to the New York Daily News, the incident began when Francis asked Carver about the bar and Carver told him it was a gay spot.

Police say that Francis told Carver not to use the urinal next to him because he didn't like gay men. After that Francis allegedly demanded money from the Carver. When Carver refused to give it to them, Francis and Orlando allegedly attacked him, knocking him to the ground and punching him until he was able to get free and escape the bathroom - but not before getting in a few punches of his own.

After pleading guilty to assault as a hate crime and attempted robbery, the Daily News reports that Francis had been facing up an eight year sentence. Francis took a deal from Manhattan prosecutors.

Prosecutors have reportedly said Orlando played a lesser role and is set to get a six-month jail sentence in January.