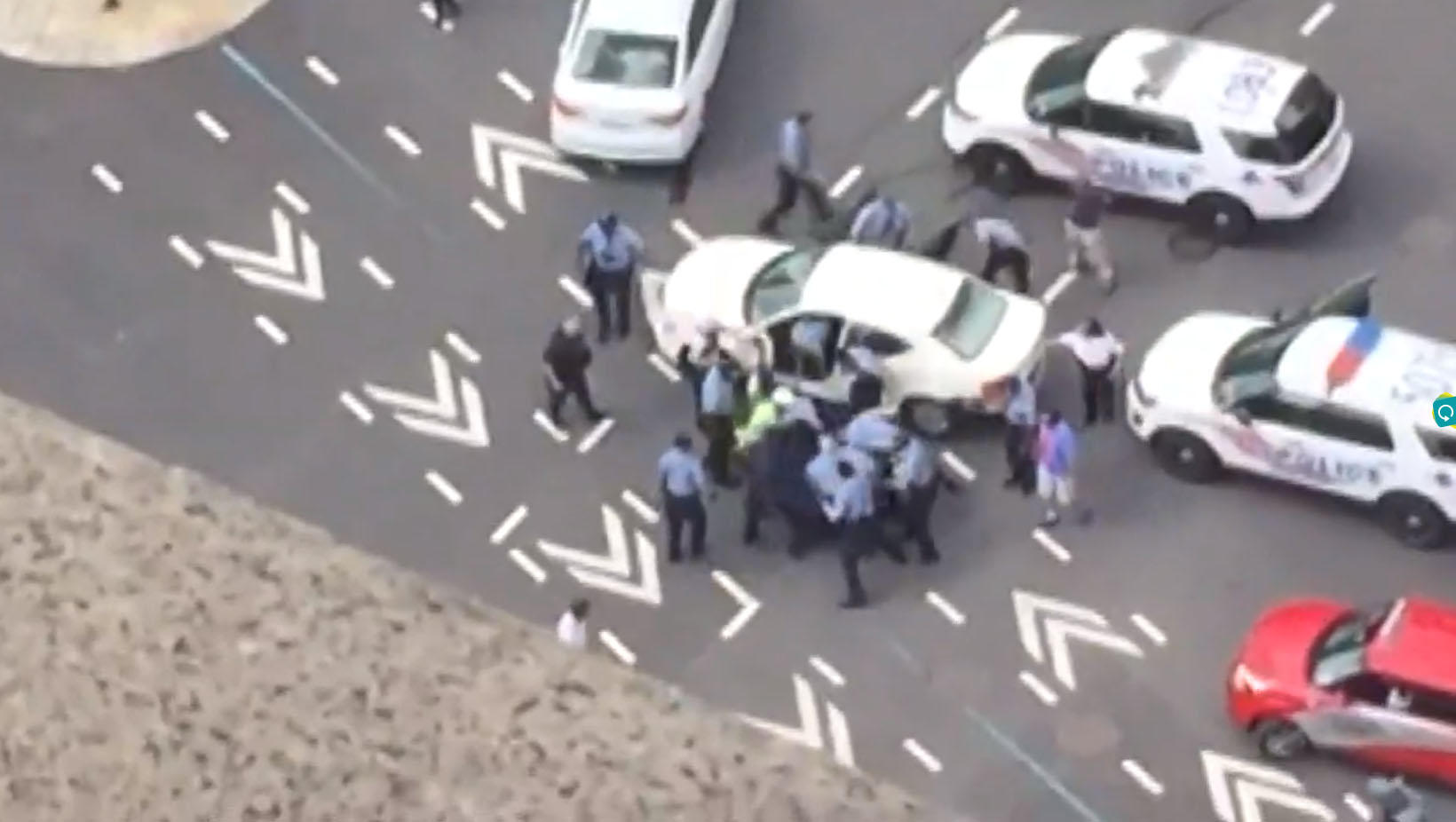 WASHINGTON, D.C. -- Witnesses described a massive police response when a car chase ended in a crash Sunday outside the Trump International Hotel in northwest Washington, D.C.

The incident happened around 3 p.m., reports CBS affiliate WUSA9. Police say a suspect wanted for a knife assault crashed his vehicle into another car outside the hotel, located near 12th Street and Pennsylvania Avenue.

Witness Stephen Port said he was inside the Trump International Hotel's clock tower when he filmed at least a dozen officers immediately swarming the suspect's vehicle and taking him into custody.

"It was just crazy to see that much mobilization of police that fast," Port said.

Port told the station children were inside the vehicle that was struck and he saw officers trying to calm them down. Police say five people including the suspect were taken to the hospital with non-life-threatening injuries.