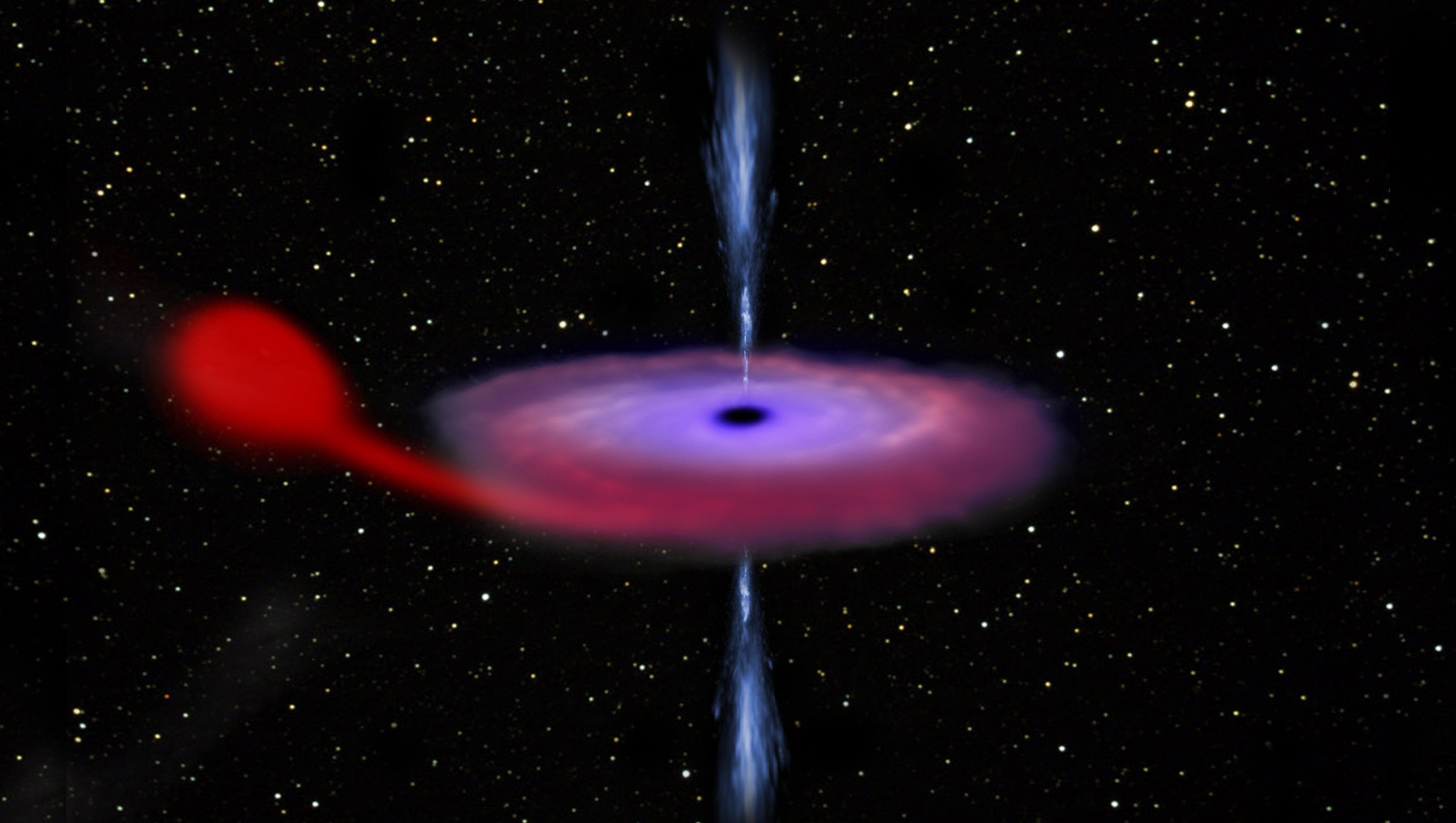 Scientists had all but given up on the system known as V404 Cygni, which includes a monster black hole that was fond of devouring material from its stellar companions.

Part of the Milky Way galaxy, the system had been silent for a quarter century. But that all changed earlier this month, when a number of telescopes and the European Space Agency's (ESA) Integral satellite observed a burst of high energy light coming from almost 8,000 light-years away in the constellation Cygnus, the Swan.

The first inklings the system may be active came from the Burst Alert Telescope on NASA's Swift satellite, which detected a sudden burst of gamma rays. Soon after, MAXI (Monitor of All-sky X-ray Image), part of the Japanese Experiment Module on the International Space Station, observed an X-ray flare from the same patch of the sky.

Suddenly, everyone was trying to catch a glimpse of V404 Cygni from ground-based telescopes and space-based observatories.

"The behavior of this source is extraordinary at the moment, with repeated bright flashes of light on time scales shorter than an hour, something rarely seen in other black hole systems," said Erik Kuulkers, an Integral project scientist at ESA. "In these moments, it becomes the brightest object in the X-ray sky - up to fifty times brighter than the Crab Nebula, normally one of the brightest sources in the high-energy sky."

The V404 Cygni black hole system has not been this bright and active since 1989, when it was observed with the Japanese X-ray satellite Ginga and high-energy instruments onboard the Mir space station.

"The community couldn't be more thrilled: many of us weren't yet professional astronomers back then, and the instruments and facilities available at the time can't compare with the fleet of space telescopes and the vast network of ground-based observatories we can use today," Kuulkers said. "It is definitely a once in a professional lifetime opportunity."

The earlier outburst - similar to those that occurred in 1938 and 1956 - from V404 Cygni was critical in the study of black holes. Until then, astronomers knew only a handful of objects that they thought could be black holes, and V404 Cygni was one of the most convincing candidates.

But it wasn't until things quieted down a few years later that they could determine the system included a huge black hole - about 12 times more massive than the sun.

Scientists believe these peaks of activity - which occur every two to three decades - are likely caused by material slowly piling up in the disc surrounding the black hole. Eventually, things reach a tipping point, which dramatically changes the black hole's feeding routine for a short period.

"Now that this extreme object has woken up again, we are all eager to learn more about the engine that powers the outburst we are observing," said Carlo Ferrigno from the Integral Science Data Center at the University of Geneva, Switzerland.

Since the first outburst detected June 15 by the Swift satellite, V404 Cygni has remained extremely active. The X-ray data show huge variability, with intense flares lasting only a couple of minutes, as well as longer outbursts over time scales of a few hours.

As the bursts continue, astronomers hope to exploit them to investigate the mechanisms that give rise to powerful jets of particles, moving away at velocities close to the speed of light, from the black hole's accretion disc. They expect observations to continue into July.

"The observations will soon be made available publicly, so that astronomers across the world can exploit them to learn more about this unique object," Peter Kretschmar, ESA Integral mission manager, said. "It will also be possible to use (ESA's) Integral data to try and detect polarization of the X-ray and gamma ray emission, which could reveal more details about the geometry of the black hole accretion process. This is definitely material for the astrophysics textbooks for the coming years."