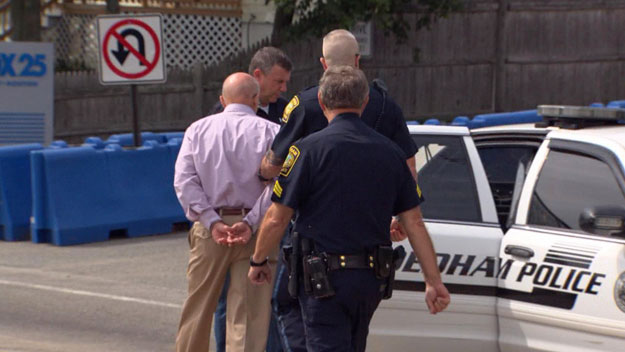 DEDHAM, Mass. -- A Boston-area town official was willing to go to jail to protest the building of a high-pressure pipeline in his town, reports CBS Boston.

Mike Butler, Chairman of the Dedham Board of Selectmen, reportedly informed police before he went to the property of the Dedham construction site and refused to leave. He was arrested as protesters chanted after he wouldn't leave the property.

Dedham and Boston have both tried to stop work on the West Roxbury Lateral Pipeline, a five-mile gas pipeline that would run through Westwood, Dedham, and Boston. Wednesday, Dedham selectmen reportedly asked for a federal judge to order an emergency hearing to stop construction, at least until appeals are heard.

The federal government has given the go-ahead for construction of the pipeline, despite residents' concerns about possible safety and environmental risks.

Butler was reportedly arraigned hours after his arrest, and pleaded not guilty to trespassing. When he was released, he said he hoped he made a difference, CBS Boston reported.