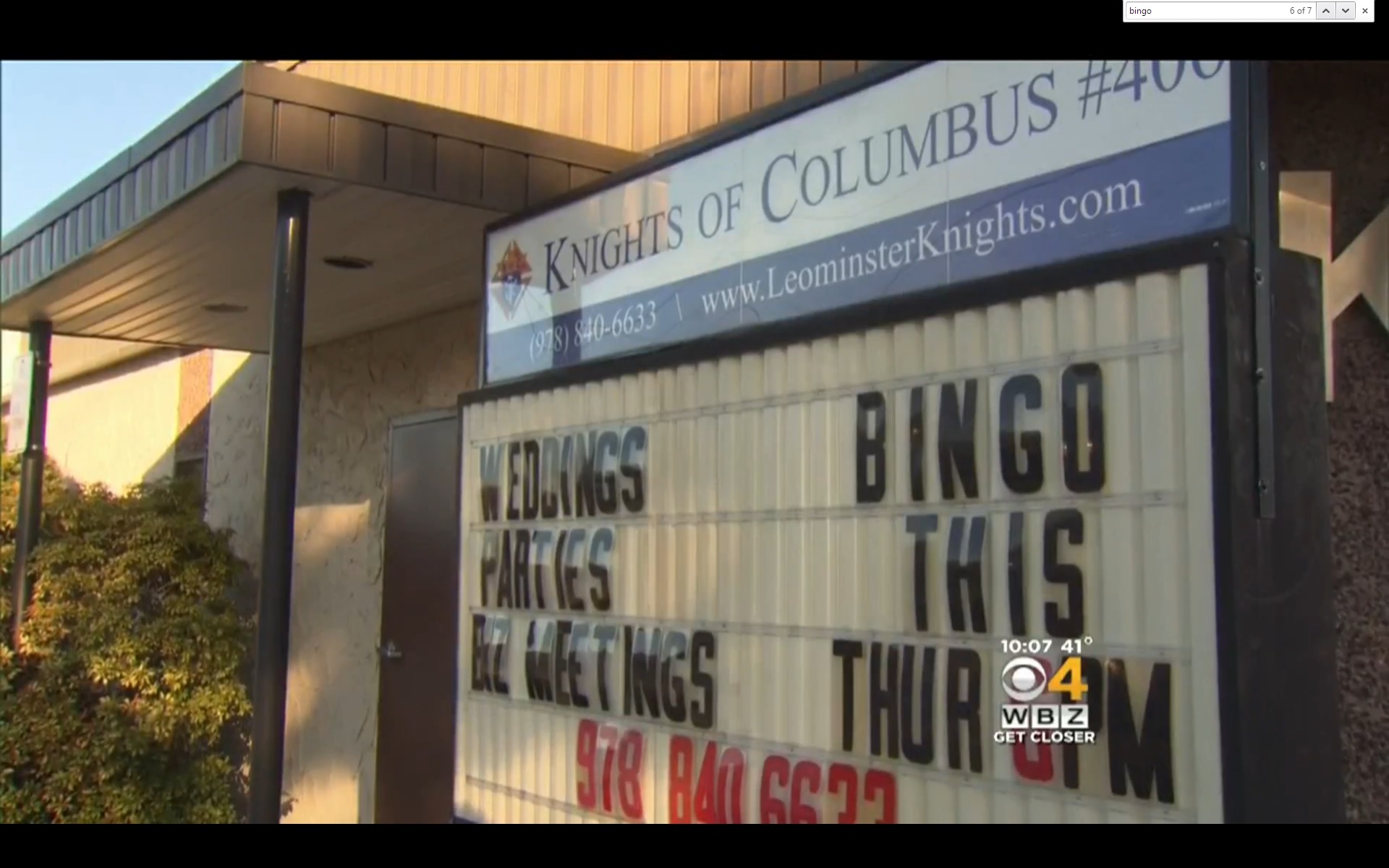 Officers were called to the Knights of Columbus in Leominster, in central Massachusetts, just after 6 p.m. on Thursday, Oct. 22.

Investigators say the men knew where the cash box was located, and they took it out of bingo organizer Tom Duffy's hands before running off.

"I look up and here's this guy with a black mask and hoodie on and to me he looked like a giant," said Duffy, who has run Thursday night bingo for decades.

Admission cards and about $1,400 in cash was stolen.

Thirty five years and nobody has given us any problems," Duffy said. "I guess it was just one of those nights."

The men were only in the building briefly, police say, and they don't have a detailed description of them. The suspects were seen wearing black gloves, and they drove off in a pickup truck.

No one was hurt during the incident. Investigators are trying to find surveillance cameras in the area.