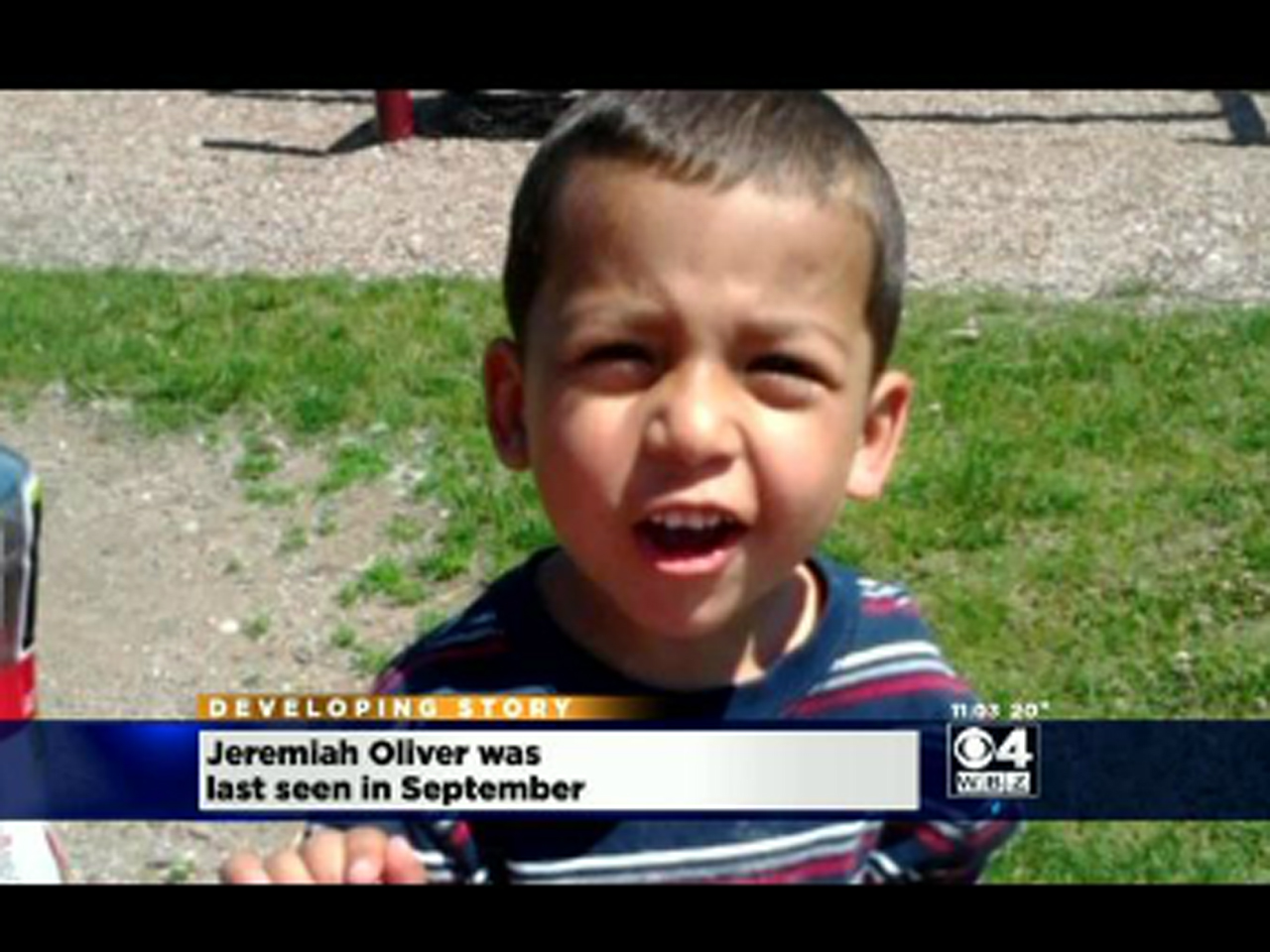 FITCHBURG, Mass. - A mother and her boyfriend have been arrested and charged in connection with the disappearance of the woman’s 5-year-old son, reports CBS Boston.

Jeremiah Oliver has not been seen since Sept. 14, but police only found out about the child’s disappearance on Friday after his 8-year-old sister revealed concerns to a teacher and then a counselor at school. Authorities were subsequently notified by the school, according to the station.

In response, police executed a search warrant at the family’s Fitchburg home.

Worcester County DA Joseph Early would not give specifics on what the little girl said or what was found in the apartment, but it was enough to bring charges against the children’s mother and her boyfriend, according to the station.

Court records reportedly show the girl told authorities her mother's boyfriend used a belt and his fists to beat her, her siblings and her mother.

“I don’t want to speculate but we are treating this as a homicide investigation based on the facts that we have,” Early said.

The mother’s boyfriend, 22-year-old Alberto Sierra, was arrested Saturday morning and charged with harming Jeremiah and his sister. He is facing two counts of assault and battery with a dangerous weapon (a knife) and two counts of assault and battery of a child causing bodily injury, according to the station. One of the charges reportedly involves an assault on the children’s mother.

He pleaded not guilty Monday and is being held without bail pending a dangerousness hearing.

Elsa Oliver, the children’s mother, was arrested Monday on two counts of reckless endangerment of a child and two counts of accessory after the fact of a felony, reports the station. Oliver appeared in Fitchburg District Court on Tuesday and her lawyer requested she undergo a mental evaluation prior to her arraignment. A judge granted the request.

DA Early confirmed both Oliver and Sierra were known to authorities, according to the station. Court records reportedly show Sierra has a history of assaulting women and children.

In 2012, a woman filed a restraining order against Sierra alleging that he hit her and their son and threatened to kill them both and burn down her parents’ home, reports the station.

A neighbor in the building where Oliver and the children lived said she heard loud noises Dec. 12, the night before police showed up. She said she had seen two older children, ages 7 and 8, but in her two months living there, had never seen Jeremiah, reports the station.

Jeremiah is described as having brown hair and brown eyes and standing three feet, four inches tall. Early is asking for the public’s help in the case and is thankful Jeremiah’s sister came forward.

“… That little girl showed a lot of courage showing what she did,” he said.