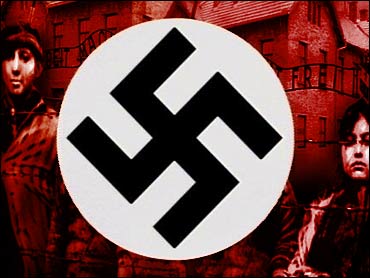 A mass grave holding the remains of thousands of Jews killed by the Nazis has been found in southern Ukraine near the site of what was once a concentration camp, a Jewish community representative said Tuesday.

The grave was found by chance last month when workers were laying gas pipelines in the village of Gvozdavka-1, near Odessa, said Roman Shvartsman, a spokesman for the regional Jewish community. He said that Nazis established a concentration camp near the village in November 1941 and killed about 5,000 Jews at or near the site.

Ukraine's Jewish population was devastated during the Holocaust. Babi Yar, a ravine outside the capital Kiev where the Nazis slaughtered some 34,000 Jews over two days in September 1941, is a powerful symbol of the tragedy.

Efraim Zuroff, director of the Israel office of the Simon Wiesenthal Center, said he did not recall Gvozdavka-1 specifically, but he was not shocked by the findings.

"I'm not surprised that even in these days there are discoveries such as these, it underscores the enormous scope of the plans of annihilation of the Nazis and their collaborators in eastern Europe," he said. "This is an area that Jews were not deported from to concentration camps but rather murdered on the spot."

"The scope is enormous, the number of places where murders were carried out is very large and that is why even now at this point, so late after the events, graves are still being discovered," he added.

"Ukraine was an enormous killing field, hundreds of thousands of Jews were murdered and the entire region is literally filled with hundreds of mass graves all over, a testament to the enormous scope of the Nazis implementation of the final solution."