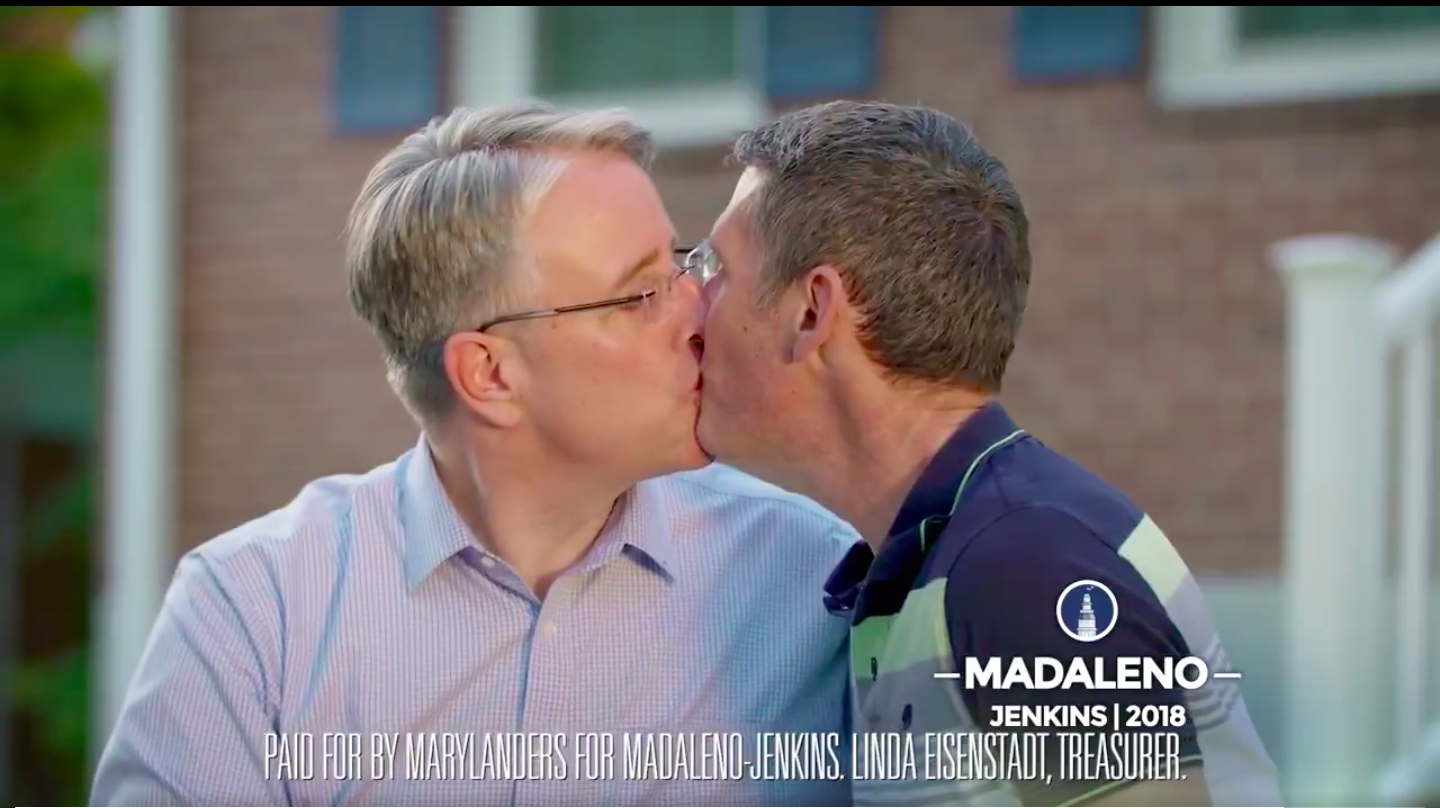 Democratic State Senator Richard Madaleno is telling President Trump to kiss off in a new 30-second ad as part of his bid for governor of Maryland.

The spot points out the ways in which Madaleno has "already infuriate[d]" Mr. Trump, including his defense of Planned Parenthood, his help in banning assault weapons in the state, and his support for public education over school vouchers.

After touting each of these accomplishments in the Maryland General Assembly, a different voice chimes in, "Take that!" directly addressing Mr. Trump, the National Rifle Association, and Secretary of Education Betsy DeVos.

But in the final moments of the ad, Madaleno asks: "And what's the number one way I piss off Donald Trump and the Republicans?" before leaning in to kiss his husband Mark Hodge.

"Take that Trump!" he says after the embrace.

The Madaleno campaign claims the ad, which debuted during Pride month, is the first-ever political ad in the U.S. to feature a kiss between a same-sex married couple.

"I'm running for governor to deliver progressive results and to stand up to Donald Trump," Madaleno says in the ad.

The ad will run in Maryland and D.C. The Victory Fund, which supports LGBTQ candidates for public office, said that the commercial aired during Fox News' "Fox and Friends" Thursday.