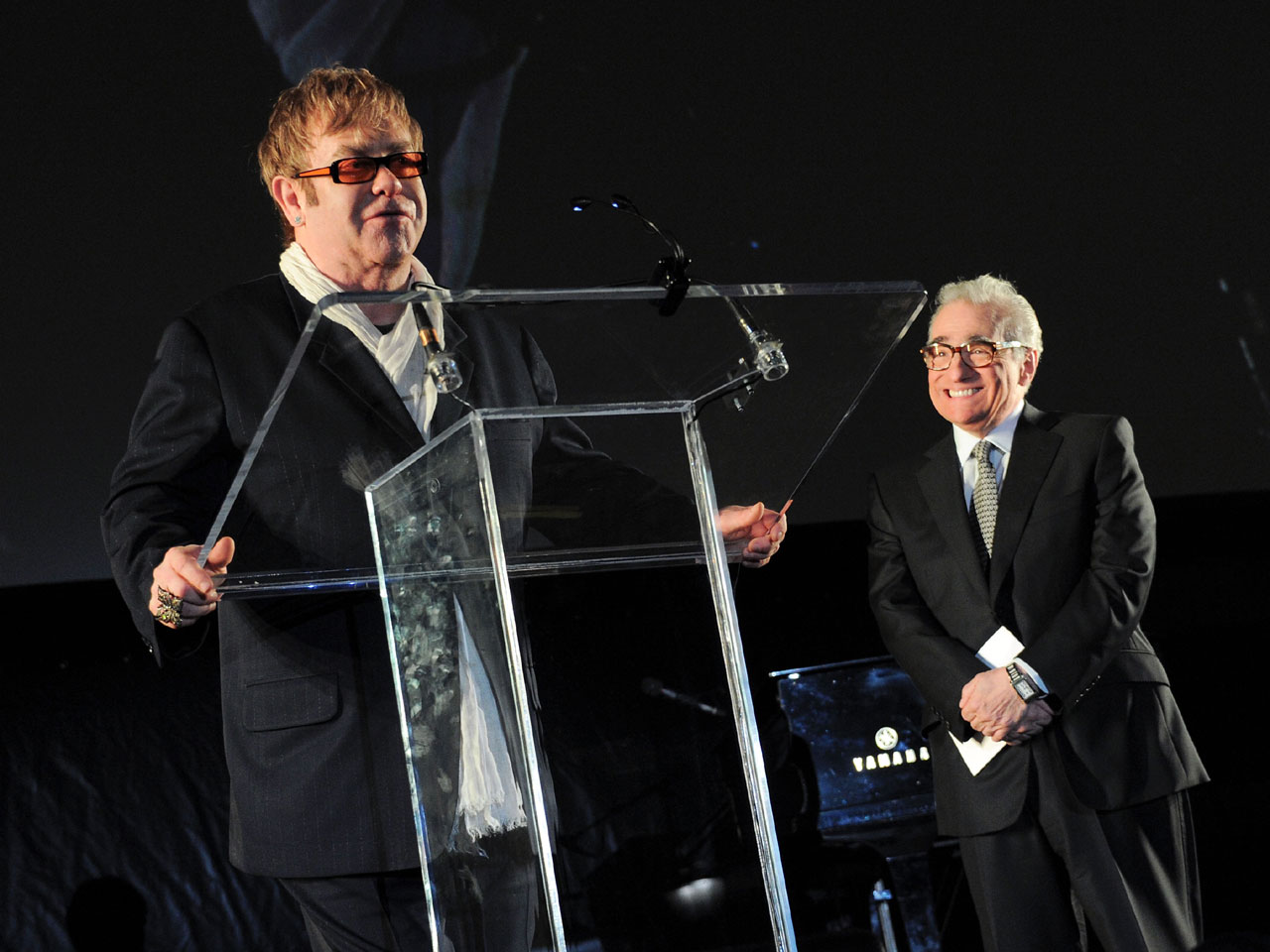 (CBS/AP) The Tribeca Film Festival kicked off Wednesday night in New York with a waterfront celebration near Ground Zero and the world premiere of Cameron Crowe's documentary "The Union," which focuses on the collaboration between John and Leon Russell.

The festivities, which were held outdoors and open to the public, also featured a short performance by John and an introduction by director Martin Scorsese.

"For me, movies and music have been inseparable. They always have been and they always will be," he said. "And I know that the same holds true for Cameron Crowe."

The festival trotted out other attractions too, including a performance of "Walk Like an Egyptian" by the Bangles with the PS22 elementary school choir, and remarks from comedian Denis Leary.

"The Union" documents the studio sessions between John and his idol, Russell, a famed singer, songwriter and piano player who was an ubiquitous session player early in his career and has been a sometimes-forgotten legend from the earlier days of rock 'n' roll.

Crowe, whose films include "Almost Famous" and "Say Anything," captures the two musicians working with producer T Bone Burnett and John's longtime lyricist, Bernie Taupin, as well as numerous guest musicians. Though Russell is apprehensive at the start of the collaboration - which would result in the album "The Union" - the 69-year-old is gradually stirred (subtly since he hides behind a cloud of white hair and beard) and enlivened by the work.

Russell, who underwent serious brain surgery during the film, wasn't in attendance Wednesday but instead sent a video to thank Tribeca. Crowe, on location for another film, also sent a video message.

As the cool air floated off the Hudson River on Wednesday night, the conditions weren't ideal for music playing. Between "Tiny Dancer" and "Rocket Man," John confessed his hands were "ice."

The coming music documentaries - and many other films - should be cozier in movie theaters throughout the festival's run, through May 1.