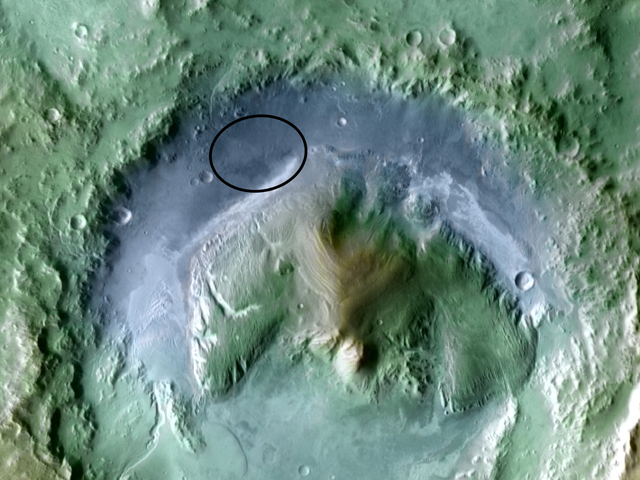 LOS ANGELES - After years of poring through images from space and debating where on Mars the next NASA rover should land, it comes down to four choices.

Scientists in the close-knit Mars research community get one last chance to make their case this week when they gather before the "judges" - the team running the $2.5 billion mission that will soon suggest a landing site to NASA, the ultimate decider.

The stakes are high. Location is everything when it comes to studying whether the red planet ever had conditions that could have been favorable for microbial life.

10 killer shots of the Martian landscape

The upside is that all four candidates are relatively free of dangerous boulders and other hazards that would pose a threat to rover Curiosity upon landing. The size of a mini Cooper, Curiosity is scheduled to launch in late November after a two-year delay.

With no real engineering showstopper, scientists are haggling over the scientific merits of the locations and trying to convince the rest of the tribe why Curiosity should land at their preferred spot.

"All four of these places are compelling places on Mars to study. There's not a loser among them," said landing site scientist Matt Golombek of the NASA Jet Propulsion Laboratory, one of the meeting's leaders.

But like in any contest, there can only be one winner in the end. Here's a look at the final cut:

The shortlist was culled from nearly 60 hopefuls in a selection process that began in 2006. Some scientists broke up into teams to pore over close-up images snapped from the eagle-eyed Mars Reconnaissance Orbiter for the various locations and presented their findings at meetings. After technical woes pushed back Curiosity's launch, the community regrouped and considered more places.

Research scientist Steve Ruff of Arizona State University stayed on the sidelines for much of the debate. No longer.

He said he will make a pitch for Mawrth Vallis, the only spot where Curiosity can conduct science experiments as soon as it lands. For the other three sites, the rover would need to drive outside its landing zone to reach interesting targets.

Mawrth is the sole locale "that contains the scientific goodies," Ruff said.

It can be slow going to get to a destination. Just look at the driving record of the twin Mars rovers, which took months to trek several miles.

"You could eat up a substantial portion of your mission just driving where you want to go," said Ruff, who called it an unnecessary risk.

Astronomer Jim Bell of Arizona State University, who goes back and forth between favoring Gale and Eberswalde craters, agreed it was chancy, but thinks it's worth it.

"We won't be putting on blinders and heading east or west without stopping," said Bell, who is part of the mission's camera team. "There's a clear pot of gold at the end of the rainbow, but there are also some neat things to do along the way."

Planetary geologist John Mustard of Brown University was disappointed when the site he was rooting for, the Nili Fossae region, a series of deep fractures in the Martian crust, was rejected because it was deemed too dangerous to land.

He now supports going to Mawrth because he thinks it's the most diverse.

"It's not a one-trick pony. You've got more than enough compelling outcrops that one can test," he said.

After the community input, the team will meet in private to mull over the pros and cons of each site and eventually recommend one to NASA. The space agency has the last say, but it usually follows the advice of its researchers. A final decision is not expected until late June or July.

Smithsonian geologist John Grant, who is co-chairing the meeting, said he hopes there's more clarity about the strengths and weaknesses of the final four.

"There's a big investment in this rover. We want to make sure that it goes to the best possible site."